We just finished an exploration of U.S. Highway south from Great Falls to Livingston, the gateway to Yellowstone National Park.  Now let’s head in the opposite direction, north of Great Falls to Glacier National Park.  In the first half of this trek, one great man-made landscape dominates either side of the road–the Sun River Irrigation Project, established by the U.S. Bureau of Reclamation in 1906 but not completed until the late 1920s. 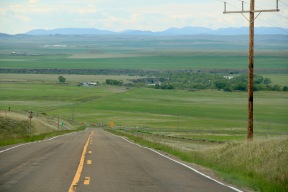 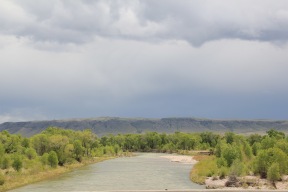 The project has two divisions:  the smaller is the Fort Shaw division centered at the town of Simms (discussed in an earlier post) and the much larger is the Greenfields Irrigation District, over 80,000 acres, headquartered at Fairfield, which is located on U.S. 89.  On either side of Fairfield, you can see the expanse of irrigation land, framed by the Rocky Mountains.  One wonder how many travelers pass by this early 20th century engineered landscape and never give it a look. 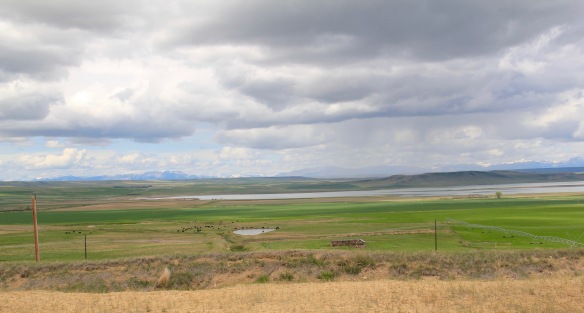 Feeding in and out of Fairfield are multiple canals and ditches, with the great bulk of land devoted to the production of malting barley, under

contract to Anheuser-Busch for years now.  Dominating the highway along the Great Northern spur line are huge metal granaries for all of the barley to make millions of bottles of beer. 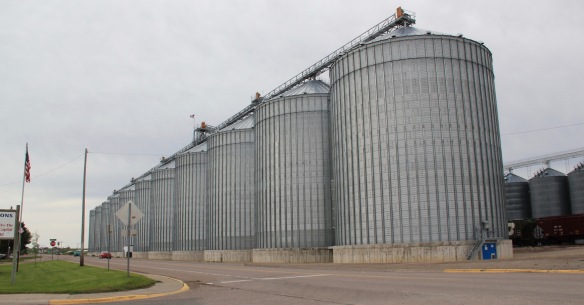 Fairfield itself is a classic T-plan railroad town.  The barley granaries dominate the trackside, where also is located the headquarters for the Greenfields Irrigation District, so designated in 1926. 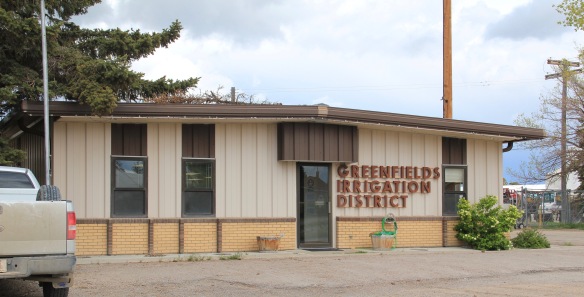 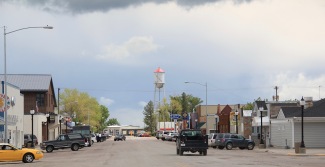 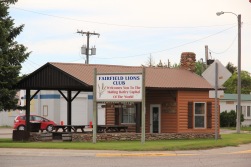 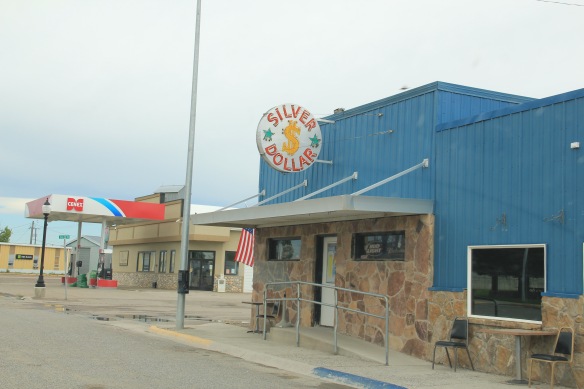 Public spaces and institutions are located at the bottom of the “T,” including a community park and swimming pool, a c. 1960 community hall, and an Art-Deco styled Fairfield High School.  The park, pool, and high school were all part of the second period of federal improvement at Fairfield during the New Deal era. 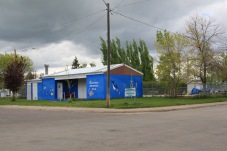 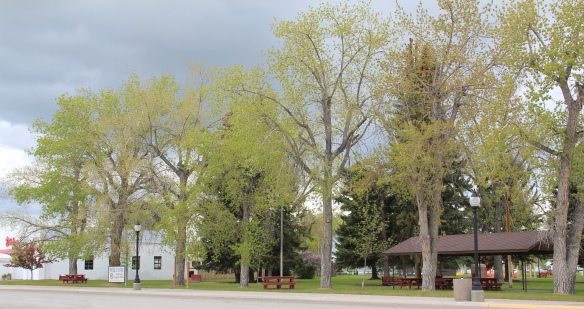 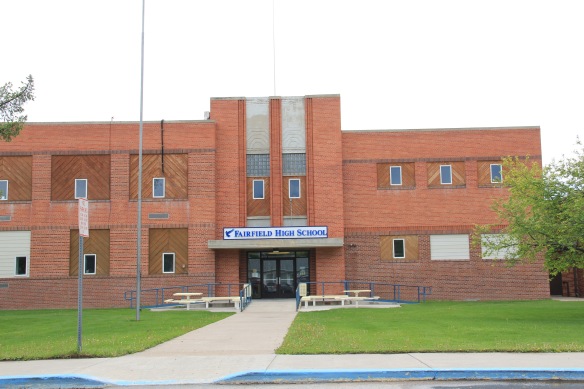 The high school and the adjacent elementary school are clearly the heart of the community, even if situated at the bottom of the town plan.  In designing Fairfield 100 years ago, the railroad, the highway, and the grain elevators were the economic focus with the vision of irrigated fields creating an agricultural paradise out of the semi-arid lands of Teton County.  But those who came and built Fairfield as a community

understood that schools represented their hopes and identity for that future.  Today Fairfield is a few families larger in population than 1970, bucking the trend that the old reclamation towns were fated to fade into obscurity as time moved on in the northern plains.