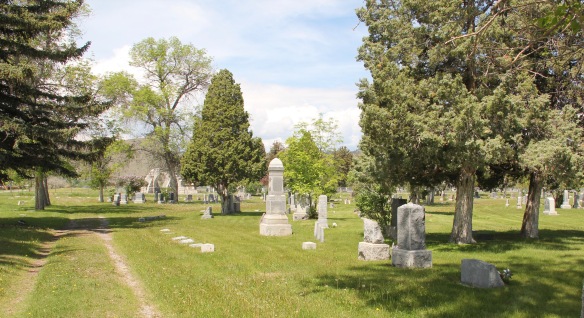 Standing quietly next to Forestvale Cemetery is Helena’s Odd Fellows Cemetery, formed in 1895 when several local lodges banded together to create a cemetery for its members.  Most visitors to Forestvale probably think of this cemetery as just an extension of Forestvale but it is very much its own place, with ornamental plantings and an understated arc-plan to its arrangement of graves. 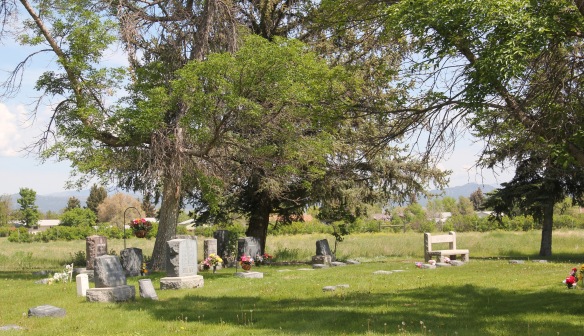 Compared to Forestvale, there are only a handful of aesthetically imposing grave markers, although I found the sole piece of cemetery furniture, the stone bench above, to be a compelling reminder of the reflective and commemorative purpose of the cemetery.

One large stone monument, erected in the 1927 by the Rebekah lodges (for female members) of the town, marks the burial lot for IOOF members who died in Helena’s Odd Fellows Home, a building that is not extant.  The memorial is a reminder of the types of social services that fraternal lodges provided their members, and how fraternal lodges shaped so much of Helena’s social and civic life in the late 19th and early twentieth century.  Helena’s Odd Fellows Cemetery is a significant yet overlooked contributor to the town’s and county’s historic built environment. 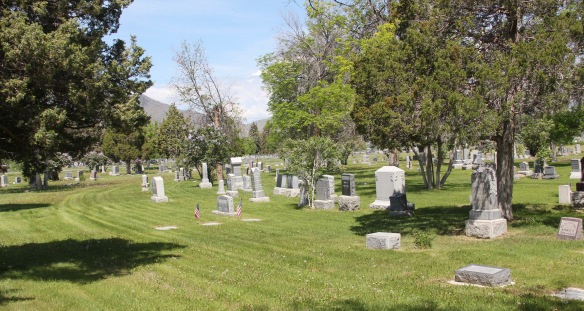 As I traveled the Big Sky Country in the first half of this decade and revisited its many historic places and landscapes, one place I worried about was the Rialto Theater in Bozeman.  In the early 1984, when I was carrying out the statewide survey for the state historic preservation plan, residents and officials in Bozeman proudly showed off one of the city’s first significant preservation renovations.  The Rialto, which was once a 1908 post office from the town’s homesteading boom transformed into a movie theater in 1924, was renovated and updated in 1982.  That successful project, we all thought in the early 1980s, proved the power of historic preservation.  Then I heard twenty years later, in 2005, that the theater closed.  I visited Bozeman in 2006 and looked at the shuttered building but everyone then thought the reopening was just around the corner.  I was surprised, and concerned, in 2014 when I returned to Bozeman, and found the theater still closed, but a campaign to save it was underway (see the image above).

I am happy to report that the campaign proved successful.  When I returned yet again to Bozeman in May 2018, the theater had reopened earlier in the year.  The return of its flashy Art Deco-influenced marquee adds immeasurably to the architecture of downtown Bozeman and its many events help to keep the city’s downtown vibe going strong.  Once again, the Rialto is showing residents and visitors how historic preservation makes a difference in one of Montana’s most rapidly changing places.