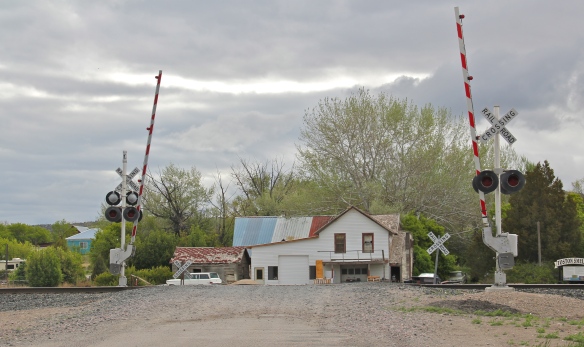 Toston has become a forgotten town of the Northern Pacific Railroad line as it stretched from Logan, in Gallatin County, through the headwaters of the Missouri River and into the broad Missouri River valley of Broadwater County. Today Toston is best known to travelers of U.S. 287 as a scenic stop on the Missouri River, and the access to Toston Dam reservoir, a project of the U.S. Bureau of Reclamation.

The town’s heyday came early, especially with the discovery of pyrite goal ore at Radersburg to the west in the Elkhorn Mountains and the establishment of a smelter at Toston in the late 1880s.  In the 21st century the old smelter site has received a superfund clean-up and a large interpretive marker explains the smelter and its impact on both Toston and Radersburg, another good example of the much better public interpretation you can encounter on the Montana landscape. 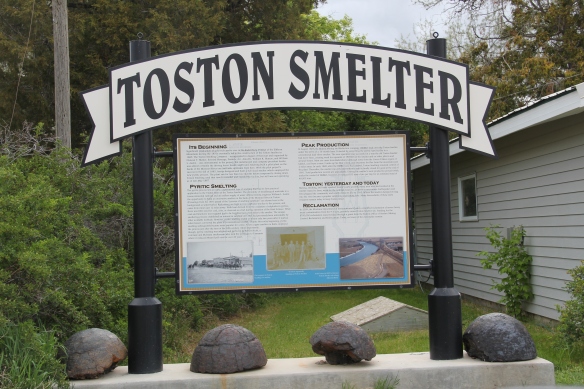 At the Missouri River fishing access, Montana Wildlife and Park erected another interpretive marker, a huge boulder marking the location of the Lorentz homestead.  William B. Lorentz was the Northern Pacific’s agent in Toston and he filed for a homestead along the Missouri south of the tracks in 1887.

Toston had a second economic boom during the homesteading era when state officials decided to build a new steel truss bridge over the Missouri River.  The Toston Bridge was listed in the National Register of Historic Places in 2005.  Its interpretive marker records that state engineer Charles A. Kyle designed “a riveted steel Warren through truss design”

for the bridge in 1918, with Security Bridge Company of Billings as the contractor.  The Billings company used 11 local residents, including William Lorentz, the former Northern Pacific station master. and the bridge was opened in the summer of 1920. Soon thereafter, the Bureau of Reclamation announced its intention to create a new irrigation project, initially called the Townsend Bench project. Reclamation officials designed a project for what they called 15,000 “excellent acres,” irrigated by a gravity system with the diversion dam located east of Toston on the Missouri River, identified today as the Crow Creek Pump Unit.  Consequently, Toston has several buildings remaining from the first two decades of the 20th century, including concrete block commercial buildings and the town’s most impressive building, a two-story frame school, which is now a private residence. 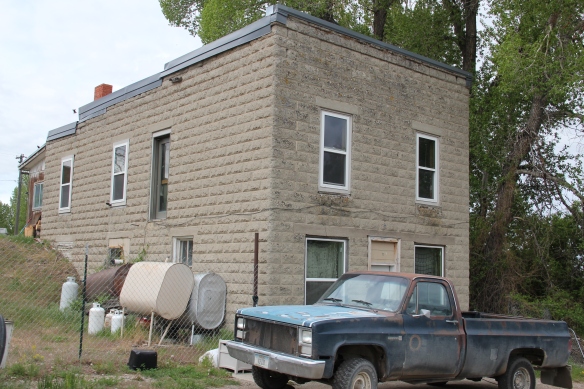 With the irrigation project came a set of large grain elevators, which in 1984 dominated the highway view of Toston along U.S. Highway 287. These have been demolished.  One historic church building, I believe it is a Methodist Church, remains but does not hold services. 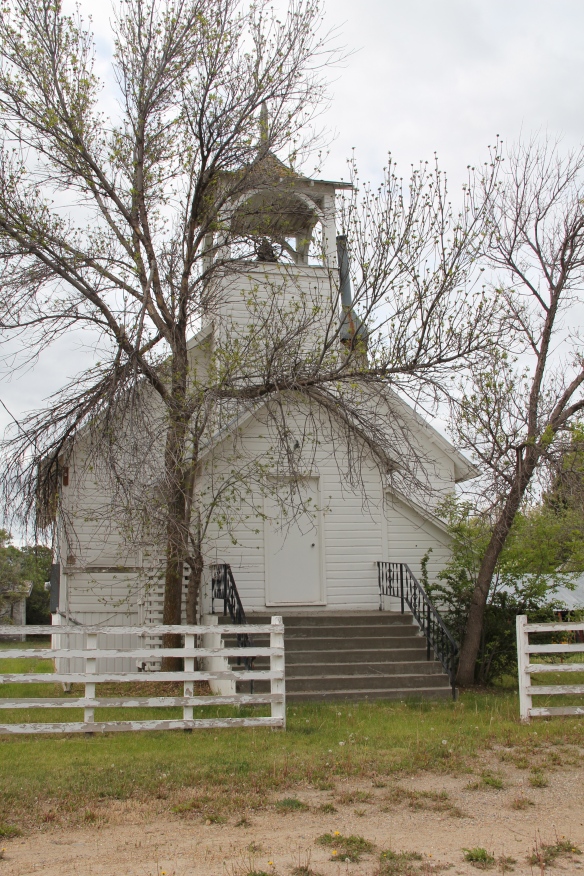 The Toston Bridge kept the town vibrant since its location meant that all traffic between Helena and Bozeman on U.S. Highway 287 passed over the bridge, over the tracks, and through the middle of town.  In 1955, however, a new bypass bridge was constructed and Toston began a decline that has slowly drained away most of its population.  At the 2010 census, it had 108 residents.