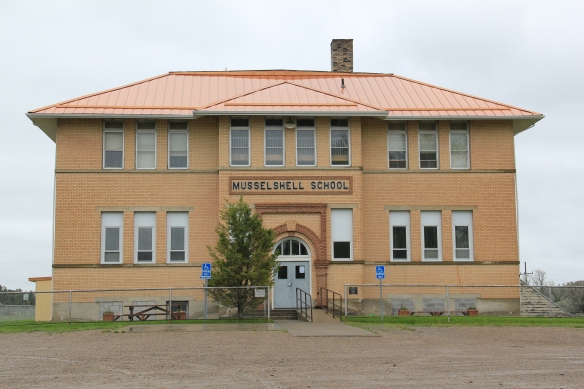 Traveling west of U.S. 12 along the Musselshell River Valley, I eagerly sought out the town of Musselshell, assuming that the 30 years since my last visit had not been kind to the small country town.  I hope that the iconic 1913 school–a gleaming yellow brick landmark–was still there.  It had survived, as the photo above attests, although students no longer attend classes there.  Musselshell School closed as an education institution over 10 years ago, but a group of determined community-minded residents formed the Friends of Musselshell School and saved the building, turning it into community center for the western end of the county.  When I visited in 2013–new work to the building was evident, including newly installed windows, courtesy of a $10,000 grant from PPL Montana Community Fund. 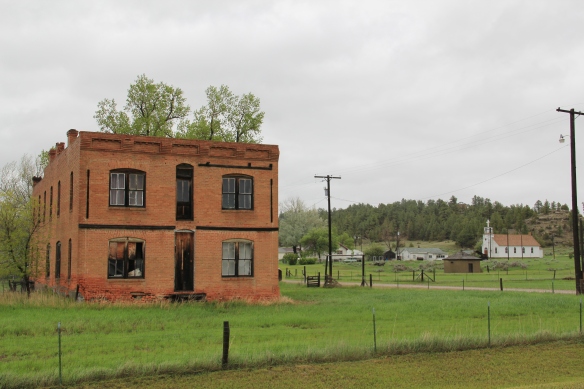 Musselshell prospered in its first decade of existence, after the arrival of the Milwaukee Road, and has been in decline, really, ever since.  But it retains both the historic high school and elementary school (which is now headquarters for the volunteer fire department), along with early 20th century churches, community institutions for a vanishing population. 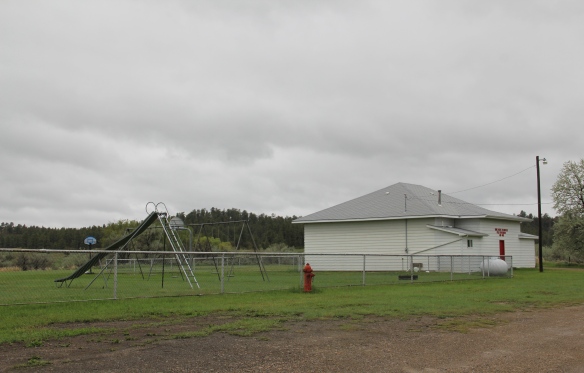 Vanishing as well is the story told by the area’s mid-20th century irrigation project, the Delphia-Melstone Canals, built in 1950 and 1953 by the State of Montana.  The diversion dam at Musselshell was the project’s largest at 182 feet. 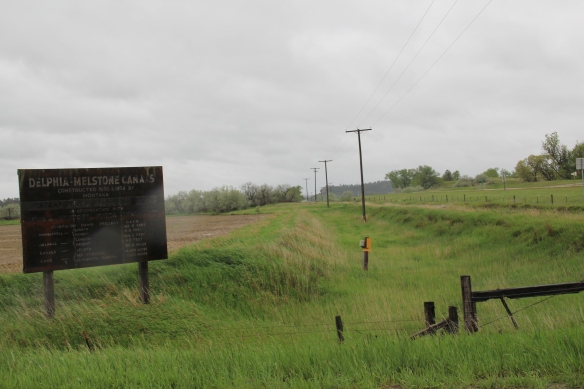 Somehow Musselshell has been able to hang on to its tiny false-front post office, a reminder of the community’s persistence along a railroad that has disappeared and a highway that receives so few travelers today. 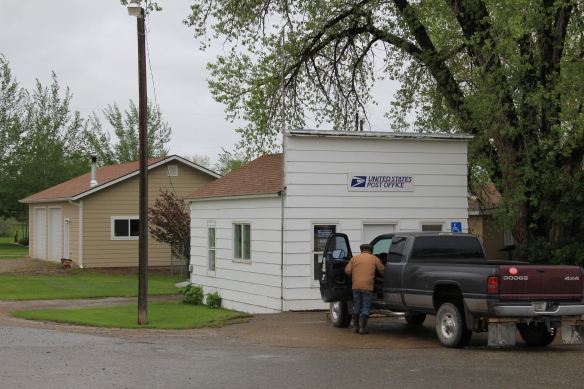