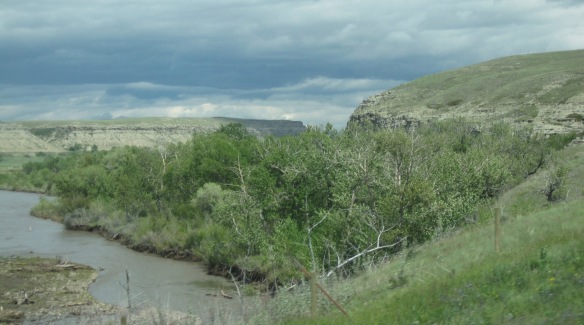 U.S. Highway 89 enters the Blackfeet Indian Reservation on its southern border, heading for its junction with U.S. Highway 2 and the reservation center of Browning.  Before the junction, you cross the historic Two Medicine River, a historic corridor for the Blackfeet.  To the west of the river crossing is a highway historical marker for Coldfeet School, a one-

room school (not extant) built for Blackfeet children in 1933 during the New Deal. To the east of the highway river crossing, however, was one of the earliest schools (1889) on the reservation, the Holy Family Catholic 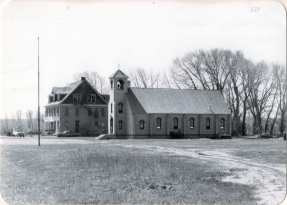 Mission. As the two photos above show, the massive nature of the historic built environment caught my eye like few places in Montana in 1985.  A few years later, I wrote an article titled “Acculturation By Design,” which looked at both Holy Family and St. Peter’s missions in Montana, for the “Great Plains Quarterly.” It discussed how the buildings were part of the 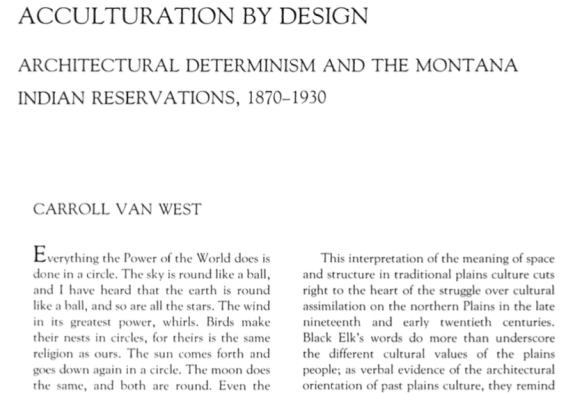 turn-of-the-century white acculturation process–place Native American children in a structured, industrial-like environment then they could be more easily molded into “farmers.” It didn’t work the way the missionaries predicted and in the 1940s the mission was closed.  Forty years later I wondered about the future of the old dormitories that surrounded the mission chapel.

This panorama of the mission site today shows that neither of the dormitories remain, although the historic frame barn and mill still stand (to the left) while the chapel is still a dominating element, and has been incorporated into present-day Blackfeet culture. It is in excellent shape.

Another change is that the Blackfeet provide public interpretation of the site, through their own historical markers, which is extended into the adjacent historic cemetery, one of the most somber places in the region.  The old mission is now part of the reservation’s heritage tourism effort. 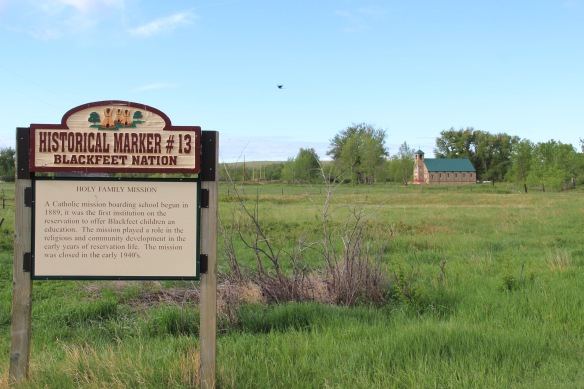 Returning to U.S. 89 and heading northwest, you head to the junction of U.S. Highway 2 and the town of Browning.  The town is a center for reservation education, as shown by the new campus for the Blackfeet Community College.

Here too is another historic Catholic Church, the Little Flower Catholic Church, built in 1931, from locally available stone in a Gothic Revival style.  The congregation supports a small Catholic school next door. 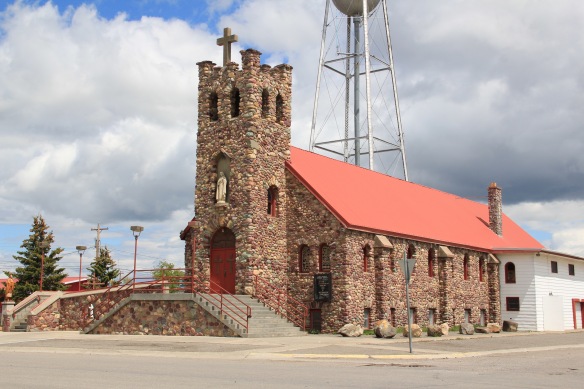 The Browning fairgrounds is an important Blackfeet recreation and cultural center, with this recent installation again providing public interpretation of Blackfeet culture.

Across the street is the Museum of the Plains Indian, which the Indians Arts and Crafts Board of the U.S. Department of Interior established in 1941.  The museum and craft center was located at the junction of U.S. 2

and U.S. 89, heading north.  It created an appropriate, respectful way for the increasing number of auto tourists headed to Glacier National Park to learn about the Blackfeet in particular and Plains Indian culture in general.  The famous mid-20th century anthropologist, John Ewers, had worked tribes to create the museum’s initial exhibits and collections. In the 21st century, the Blackfeet have developed additional institutions to take advantage of tourism through the nearby Glacier Peaks casino and hotel, a complex that has developed from 2011 to 2015.

These new buildings are part of a long-term continuum of tourism in Browning, starting with this old concrete tipi, built originally as a gas station in 1934 and now converted into a coffee shop.  And the Blackfeet 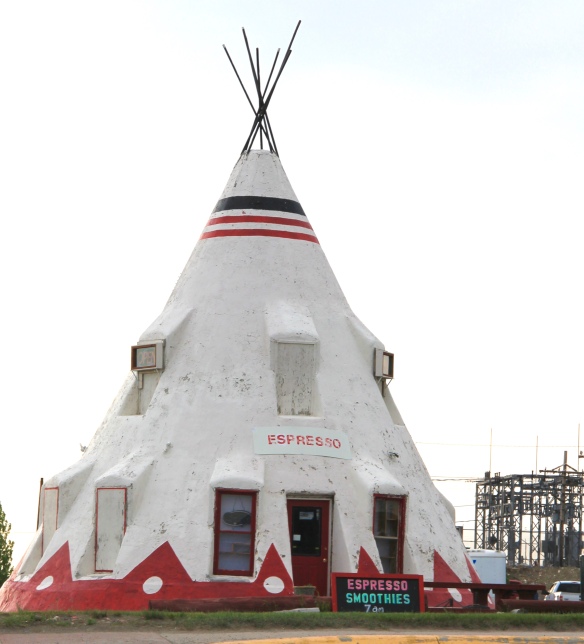 Trading Post is a business found in all sorts of national park gateways–the classic place to get cheap souvenirs and t-shirts of all types, not to mention moccasins and all of the stereotypical material culture of Native American tourism in our country. 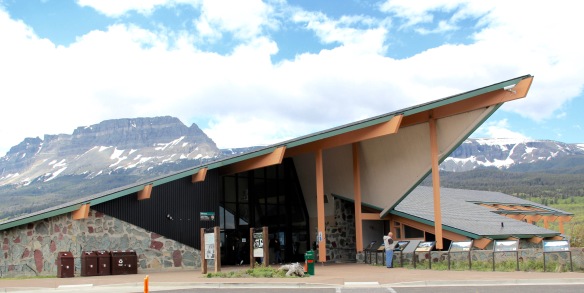 To finish, for now, this look at U.S. Highway 89, we will end with spectacular architecture of the St. Mary’s Visitor Center at Glacier National Park, where the historic Going-to-the-Sun Highway junctions with U.S. 89. The center, built in 1964 from designs by Cecil Doty and the architectural firm of Brinkman and Lenon, is one of the state’s best examples of “Mission 66 modernism” associated with the National Park Service.  What I was particularly pleased to encounter in this decade are the new exhibits within the visitor center which finally give the Blackfeet 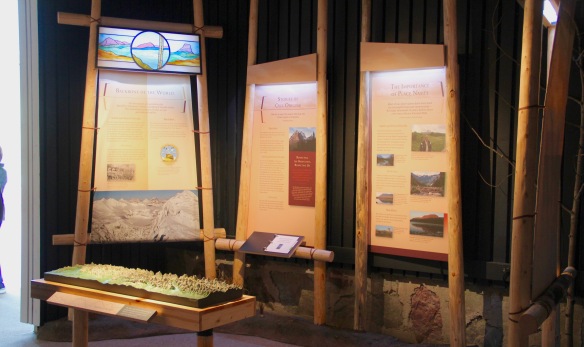 the primary voice on what the park means, and how visitors can think about it today.  The Native American presence on U.S. Highway 89 today is much more evident, with much more public interpretation, than in my travels 30 years ago.