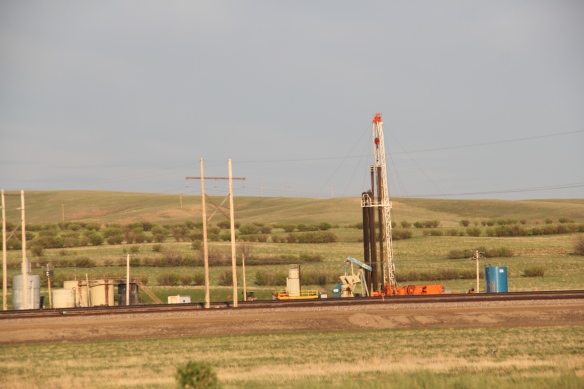 The 21st century boom in the Williston Basin has significantly reshaped western North Dakota, and as that region “fills up,” the boom has spread into far eastern Montana, especially along the Hi-Line corridor of U.S. Highway 2 and the historic Great Northern Railway. The photo above is along U.S. 2 on the outskirts of the tiny town of Bainville, the first place of any size you encounter as you travel west along the highway, or railroad, into Roosevelt County. 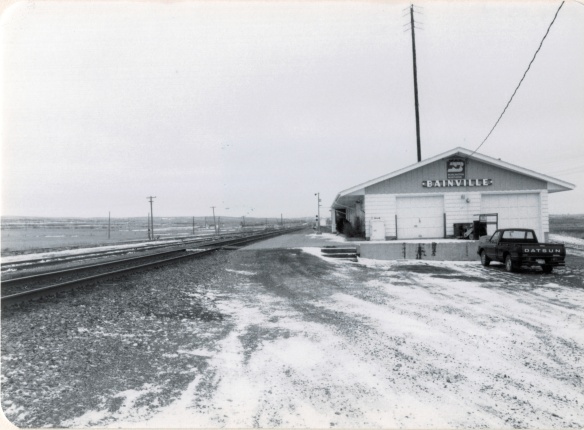 When I visited Bainville in early 1984 I recorded a town in decline. True, its 1950s modernist passenger depot was still there, but there had been a steady drop in population for decades. Thirty years later, the remnants of that decline were still there: abandoned brick neoclassical-styled bank; an elevator complex on the verge of collapse. 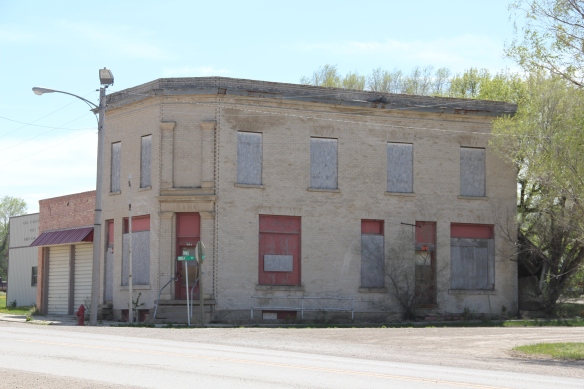 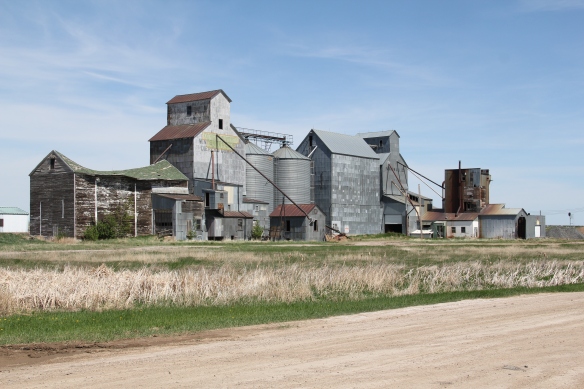 But signs of new growth were there as well in 2013. The recently expanded public school was one thing while the large man camp then under construction just east of the town was another–and a project that really concerned local residents since the camp’s population would be larger than the town itself.

The next town west on the Hi-Line is Culbertson, where the impact of the Williston Basin was even more noticeable. A modern school complex had replaced one that dated to the New Deal. Indeed the New Deal’s once profound impact on Culbertson–a public office building and armory–had been eclipsed not only by the modern school but also a new county office building all shiny and bright. 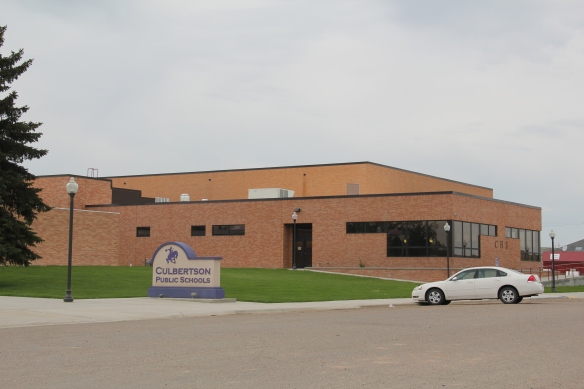 The 1930s armory in Culbertson MT

The man camps were already taking available land, even becoming a village in itself between the town’s historic cemetery and the railroad tracks. To capture the burial site of Civil War veteran Marcus A. Denney of the 6th Minnesota Infantry in the foreground and the man camp in the background by the elevators creates a snapshot, literally, of the periods of change in Culbertson over 150 years. 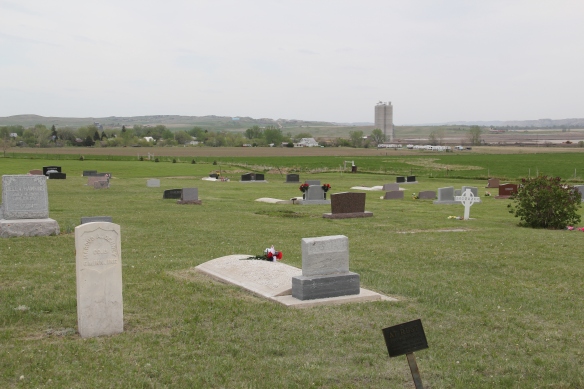 Truckers and workers flying along U.S. Highway 2 in past decades would have spied the metal sculptures of Lewis and Clark near the local museum–but these iconic figures are no longer what immediately captures your eyes as you speed along the corridor. 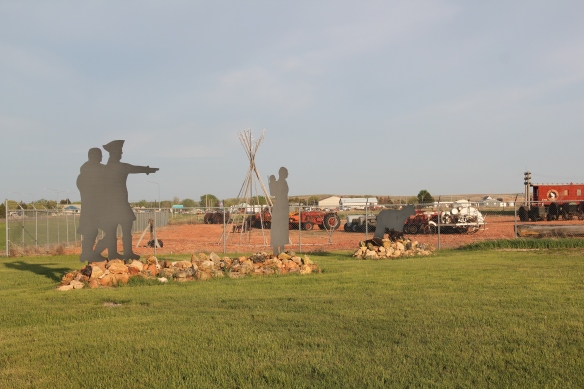 What you notice is everyone lined up for that human fuel that powers the commute between man camp and tracking well: the Frackin’ Java coffee stand. A true sign of the times along the eastern gateway of U.S. 2 in Montana. 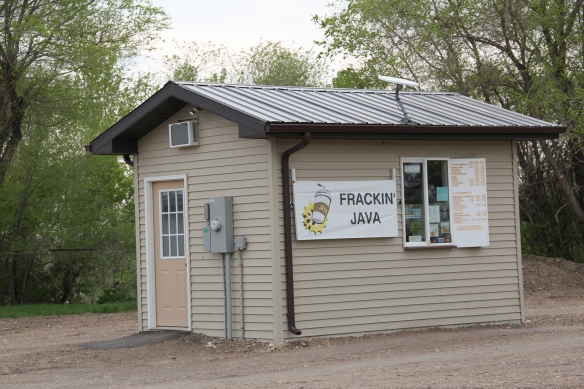