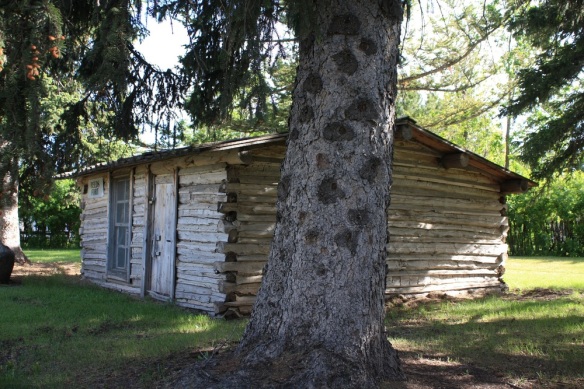 During the state historic preservation planning process in 1984-1985, the new historic preservation efforts in Lewistown, especially the focus on the sandstone masonry of the Croatians, were noted and celebrated as well as the town’s only “marked” historic site, Reed’s Fort Post Office, associated with the very early history of settlement in Fergus County and the history of the Metis who lived here in the 1870s and 1880s.  Certainly much more was known about the community’s history and architecture. But there was little public interpretation, except for this log building and, on the other side, of the town, a public park with military artifacts including an ICBM missile–a rarity then and now for a public park anywhere in the west.

Even the local museum was at the beginning stage, sharing quarters with the chamber of commerce in a Ranch-style building, like the park, on the outskirts of town.

How times changed over 30 years.  The museum is still at its location but adjacent is now a new facility, replicating a huge barn, expanded exhibits and artifacts about the region’s history.

Markers about National Register-listed properties and districts exist throughout town, courtesy of the exemplary interpretive marker program of the Montana Historical Society.

What happens within town is supported by recent interpretive marker installations at the highway rest stop as you enter Lewistown.  From this spot there is an excellent view of the historic Lewistown airfield, listed in the National Register of Historic Places, for its significance in World War II aerial supply lines and defense.

Not only can you see the historic district, you also can learn about its significance through an interpretive marker developed by Montana Department of Transportation. 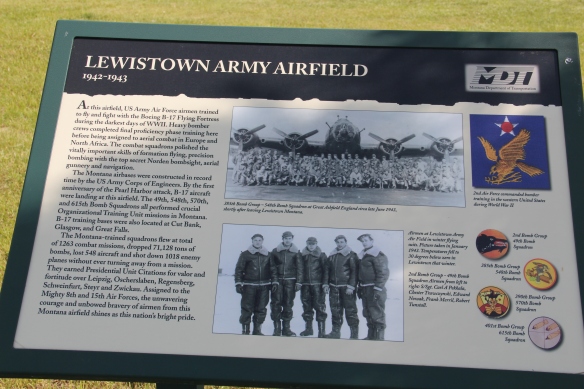 Steps away is another interpretive kiosk, related to an earlier, sadder military story, that of Chief Joseph of the Nez Perce Indians and their attempted flight to freedom in Canada in the 1870s.  Both markers also emphasized the overall theme of transportation and how Lewistown has been crisscrossed by important historical events for centuries. 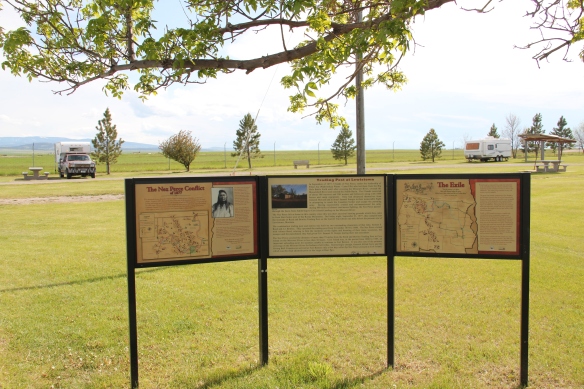 Walking tour brochures help visitors and residents understand more of the history and architectural beauty of the town, from landmarks such as St. Leo’s Catholic Church, an amazing interpretation of Italian

Renaissance revival style from the prominent Montana firm of Link and Haire, and the historic early 20th century domestic architecture in the downtown neighborhoods.

The town’s historic districts serve as anchors within the commendable trail system developed in Lewistown over the last 20 years.  Local officials and representatives, working with the state government and abandoned railroad property and corridors, have established a series of trail loops that not only provide excellent recreational opportunities, as signified in this trail head near the Yogo Inn, but also paths for heritage tourists and

residents alike to explore the landscape, and how history in the 19th and 20th centuries created the place where they live and play today. 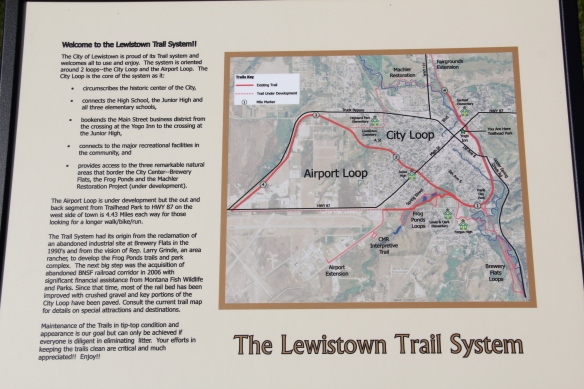 As we will see later in western Montana, like in Butte and Kalispell, trail systems can be the best of heritage development because they take advantage of the state’s greatest asset–its landscape and sense of the Big Sky Country–and combine it with explanations of the layers of history you encounter wherever you go, creating an asset that visitors will like but that residents will cherish, because they can use it on a daily basis.

Of course recreation, to my mind, is never complete unless there are nearby watering holes where one can relax and replenish, and Lewistown is rich in those too, being they the various classic roadside establishments along the highways entering and leaving town or the can’t miss taverns downtown, such as The Mint and the Montana Tavern, where the signs speak to the good times to come. Those properties are crucial for heritage development because they are important in themselves but they also are the places that get people to stop, and hopefully explore.

Using multiple pasts to create new opportunities for communities:  Lewistown has it going, and it’s far different world today than in 1984.