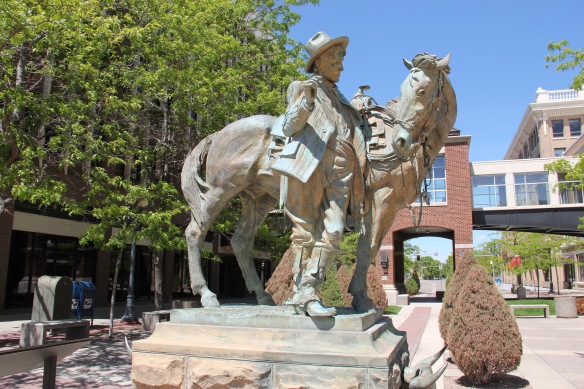 Few American cities are as obviously in love with a 20th century artist as Great Falls is with Charles M. Russell, often called the “cowboy artist.”  Russell became an icon in American western art by the mid-20th century, and Great Falls is home to multiple shrines, from the 1986 statue downtown of “Kid Russell and Monte,” the centerpiece of what was then a new downtown renewal project, and Bob Scriver’s earlier statue of “C.M. Russell: Cowboy Artist” outside of the C. M. Russell Museum, located adjacent to his historic home and studio in an unassuming Great Falls neighborhood. 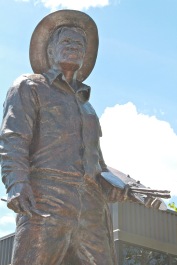 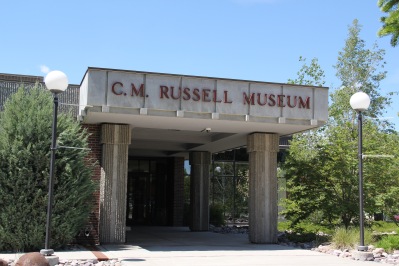 Western art is a significant cultural phenomenon of the 20th century, no matter how one views it today.  And Russell, as the statues suggest, is a giant within the field, one of the handful whose work is still admired by devotees and critics today. 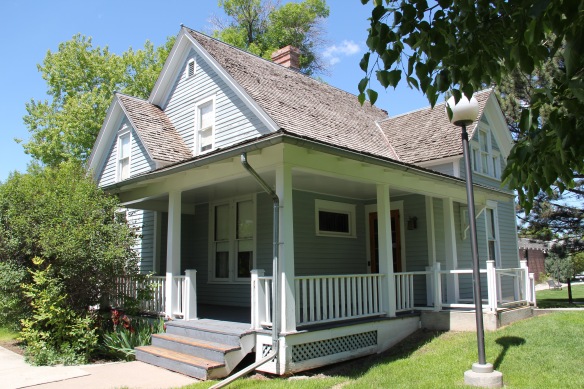 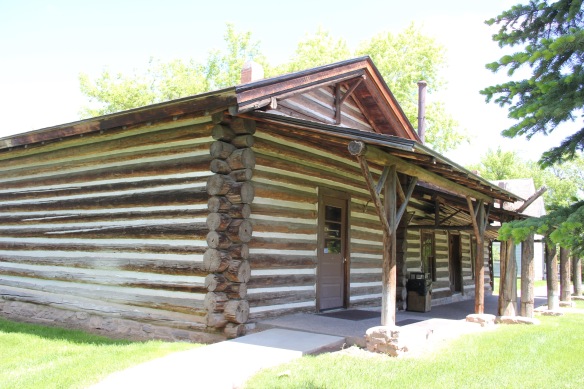 Russell’s Victorian cottage home and adjacent log cabin studio were really nothing out of the ordinary in Great Falls in the early 20th century while vernacular still easily stood side-by-side more identified forms of domestic architecture.  But his achievement rates these properties among the few 20th century National Historic Landmarks in the state, and they have been so recognized for many years now. 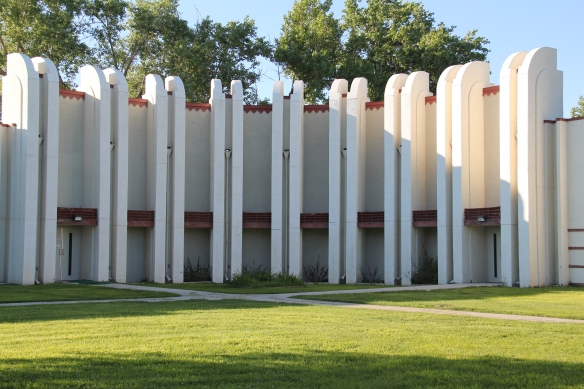 But there is much more to the cultural side of Great Falls that the looming presence of Charles M. Russell.  The city has an impressive range of architectural statements from the late 19th to the mid-20th century, with the Art Deco-styled New Deal-funded buildings of the county fairgrounds shown above falling in the middle of this architectural timeline.  Many of these are listed in the National Register of Historic Places as individual properties or as historic districts.  The historic neighborhoods have scores of worthy Victorian-style homes.  There are 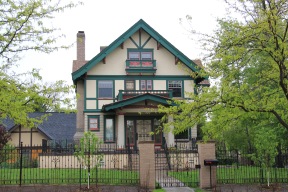 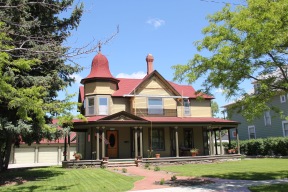 then gargantuan statements of style and purpose constructed by the town’s Catholic community in the early twentieth century, from the Ursuline School to the massive Columbus Hospital, once of the city’s most important landmarks of its progressive era. 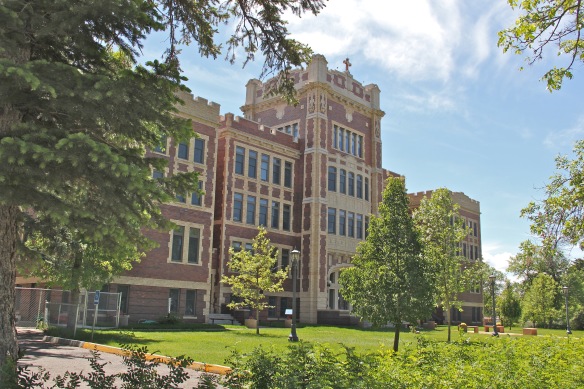 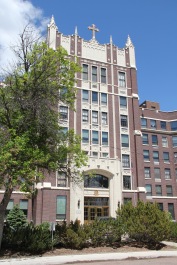 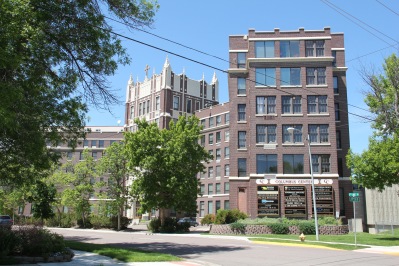 The town’s soaring Arts and Crafts styled Masonic Temple has recently found new investors willing to tackle this early 20th century landmark and find a new future for it some 100 years later. 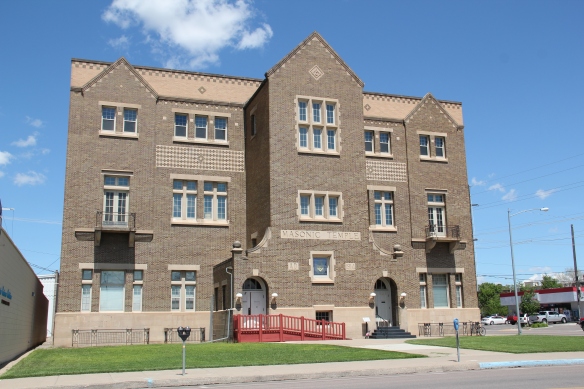 Great Falls residents know such conversions can work, since when I first visited the city in 1982, everyone wanted to go and appreciate the conversion of the Dichardsonian Romanesque styled high school into the Paris Gibson Center, a new focal point for the arts in the city. 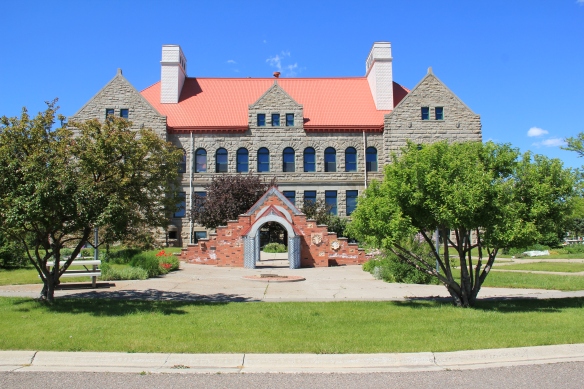 Paris Gibson Center was just the start of 30 plus years of successful historic preservation and adaptive reuse projects, keeping such mid-century modern landmarks as the Whittier School, another New Deal 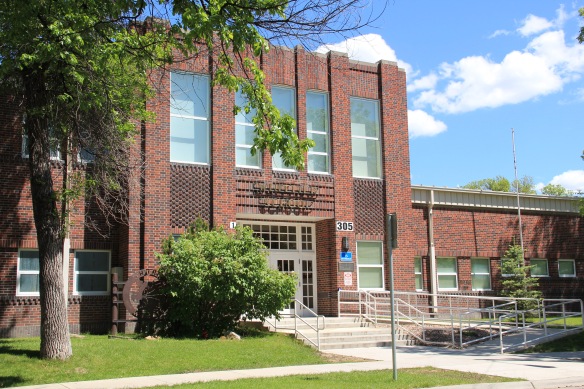 project, and the Art Moderne landmark Intermountain bus station–once so proudly featured in the Clint Eastwood and Jeff Bridges movie, “Thunderbolt and Lightfoot,” part of that decade from the mid-1970s to mid-1980s when Montana was suddenly in the lens of Hollywood.

All of these buildings and places help to give Great Falls its unique sense of self, and its sense of achievement and promise.  And that is not to even mention the fun, funky stuff, such as the Polar Bears and having the 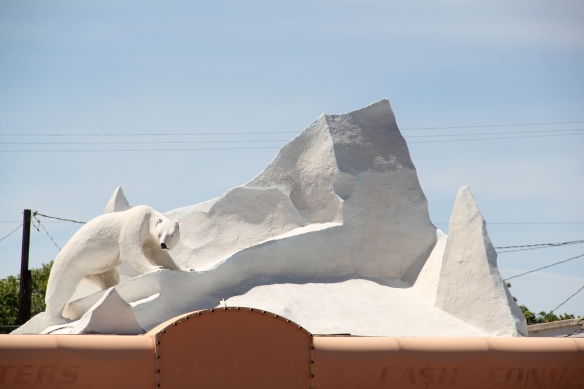 supper club experience of 50 years ago at Borrie’s in Black Eagle.  Stepping back into time, or looking into a future where heritage stands next to the 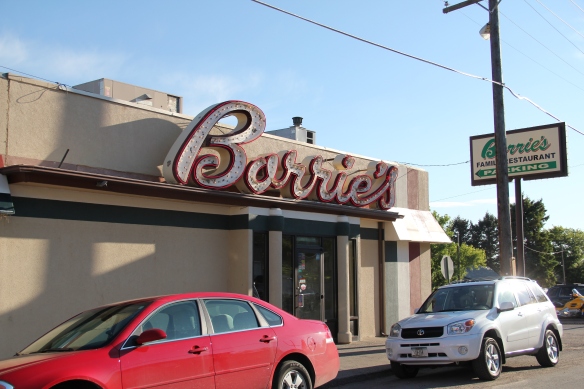 atomic age, Great Falls and its environs–from Fort Benton to the northeast to Fort Shaw to the southwest–can give you that memorable heritage area experience.