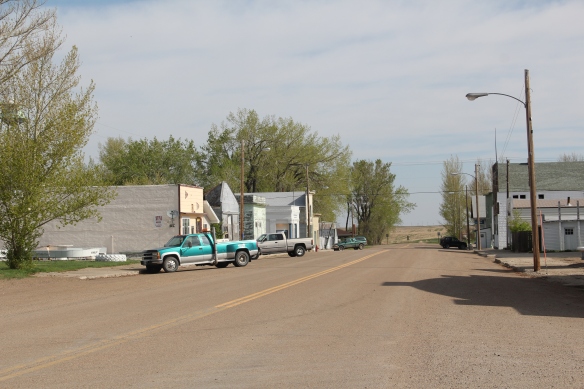 A generation after its first settlement in 1913-1914, over 500 people lived in Flaxville, a Great Northern spur line town in Daniels County. When I visited in 1984, I found a declining railroad town, very common in the region, but I also liked how an old one-story brick bank still served the town’s 142 residents as a post office. Adaptive reuse at its best.

Almost 30 years later the post office remained but one-half of the residents had gone. The census taker in 2010 counted 71 people in Flaxville. Despite the disappearing numbers, Flaxville has many worthy landmarks beyond the historic bank. Let’s start with the R-Y Bar, one of the few reminders in all of Montana of a historic trail that once connected Regina, Saskatchewan, to Miles City, far to the south.

Then there is the Flaxville school, actually a marvel of contemporary design that you would never expect to find in such an out-of-the-way place. Once again we find Montana modernism is not just in the cities. 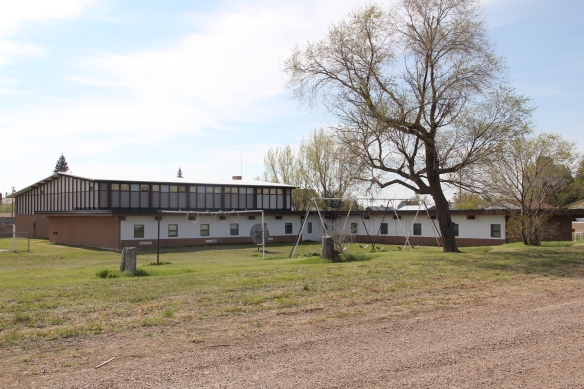 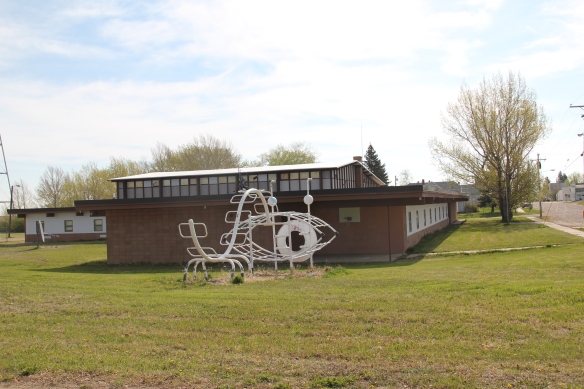 The Barn, once a movie theater now a community theater and center, is a true rarity–a vernacular design for a popular culture purpose that seems almost crazily out of place. Its size speaks to time when whole towns gathered in one place for the movies. Its empty marquee today records a much more unpleasant truth: the 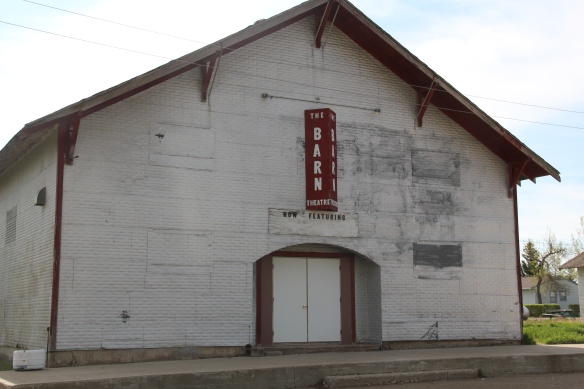 reality of what happens when everyone begins to leave: the lights do go out. Yet the remaining local Catholic and Lutheran churches also speak loudly, to the quiet determination of those who remain here in Daniels County.

Naturally the grain elevators remain as sentinels overlooking Flaxville but few other commercial enterprises are open. The starkness of the town’s cemetery records both the past and future of this tiny place in Montana’s northern plains. 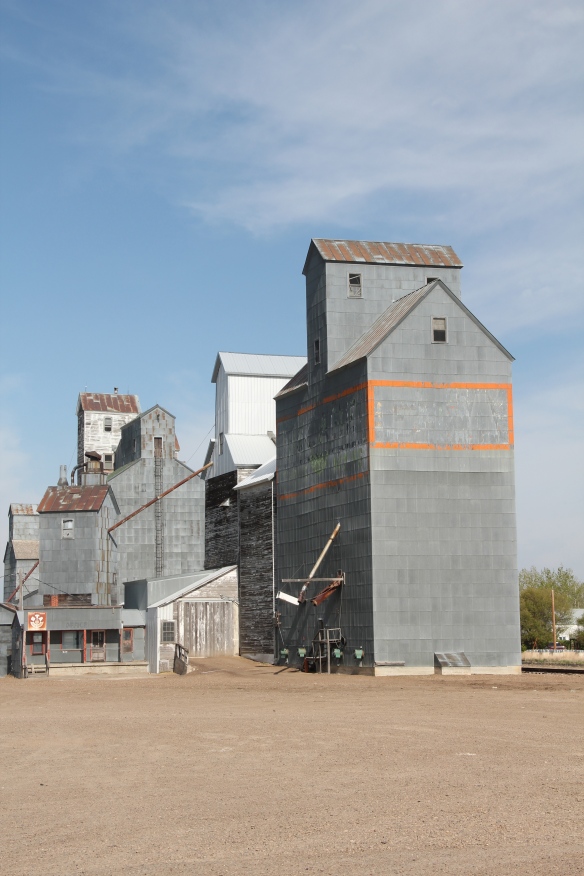