Montana history has many episodes that involve rich eastern and foreign capitalists who rolled the dice on Montana’s resources.  Typically everyone thinks of the mining and railroad corporations of the late 19th century.  But in several places across the Big Sky Country, investors looked to the land itself and dreamed of agricultural bonanzas.

Such is the case of Amsterdam and Church Hill (now Churchill), two rural communities in today’s rapidly suburbanizing Gallatin County.   The Manhattan Malting Company was mostly a New York City venture which in the early 1890s, before the terrible depression of 1893-1896, established an industrial base on the Northern Pacific Railroad, changing the name of the town from Moreland to Manhattan.  The company purchased 13,000 acres,and acquired the best in agricultural technology, the Jacob Price Field Locomotive steam plow, to till the soil.  They also convinced hundred of Dutch farmers to come to Gallatin County and work the land.  Even with the hard times, or perhaps because of them, people still wanted good beer, and the company prospered.  By 1905 the company decided to shed itself of the land and focus on malting barley. 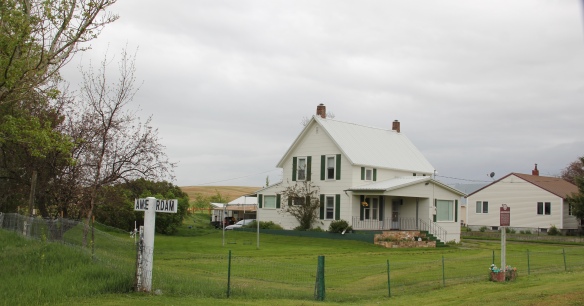 The new land company focused on getting farmers on its land, and to secure a railroad spur line.  The railroad came in 1911, and the community name of Amsterdam reflected the ethnic origins of the surrounding farmers and ranchers.  Even when the Malting Company failed during Prohibition, the farmers kept going, developing some of the still most productive farmland in the state.

When I visited Amsterdam in 1984 the railroad line still operated but the spur closed the next year, leaving today only a faint corridor to mark its route.  Look close and you can still see the outline of the T-plan town that was once “downtown Amsterdam” by the remaining historic commercial buildings, with the Danhof automobile dealership still in business today, with a newer showroom just east of the old railroad tracks. 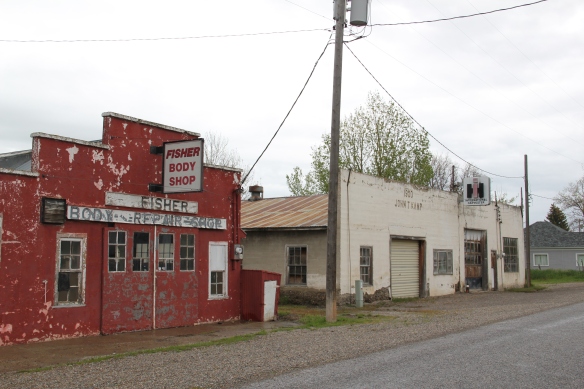 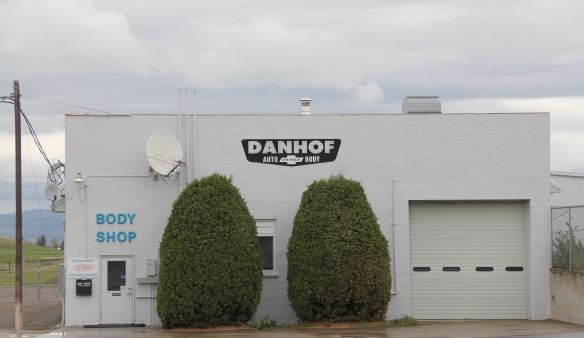 The Amsterdam school is also thriving today, serving both the Amsterdam and Churchill communities, as well as the expanding suburban enclaves of this part of the county. The school is not a frame building but a decidedly mid-20th century modern design in concrete. 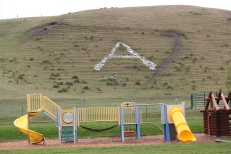 Churchill had changed markedly since my last visit 30 years ago.  The constant was the landmark Manhattan Christian Reformed Church:  after all that is how the name Church Hill came about–the congregation located their Gothic-styled landmark on the highest point in the area.  The church is even larger today, and the adjacent Manhattan Christian Academy has built new facilities since my last visit.

The second landmark church is the Bethel Christian Reformed Church, and between the two churches along the road early to mid-20th residences remain much as they were 30

years ago.  But suburbs are everywhere, and the demographics and culture of the area are changing. Perhaps that helps to explain why residents placed at the park at Manhattan Christian Reformed Church a monument to the “Holland Settlement,” to those “forefathers” who first settled this area over 100 years ago.  There was no need for this monument in 1985.  But in the 21st century times and people had changed. This boulder monument will be hard to displace, no matter what happens to the land around it.