In the Montana survey work of 1984, there were few places I was more excited about visiting than the confluence of the Missouri and Yellowstone Rivers, on the border between North Dakota and Richland County, Montana. I had been working with the Western Heritage Center of Billings for a year on an exhibit, “Yellowstone: River of Life,” that would finally (to my mind) begin to refocus attention on the largely ignored history of the Yellowstone Valley. The story had many beginning points, but certainly where the Yellowstone emptied into the Missouri was one of the most important. This area had long been a Native American landmark. For the early Canadian and American traders, it was a crucial crossroads for the northern plains fur trade. The American Fur Company established Fort Union as its largest post in the region–and the site of the fort was still there, but little else, as the images above from 1984 indicate. Paul Hedren of the National Park Service promised me there was more to come–that the post would be rebuilt and its significant story told. 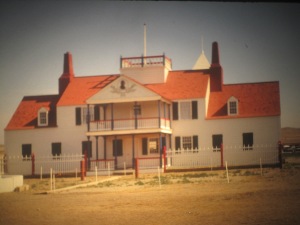 When I returned to this spot in 1988, I found that Paul’s promise had already met with success. The Bourgeoise House–the post headquarters and residence of the fort’s administrator (or Bourgeoise) had been rebuilt, finally suggesting the commanding size of the fort. The stockade and the rest of the site awaited a similar reconstruction. 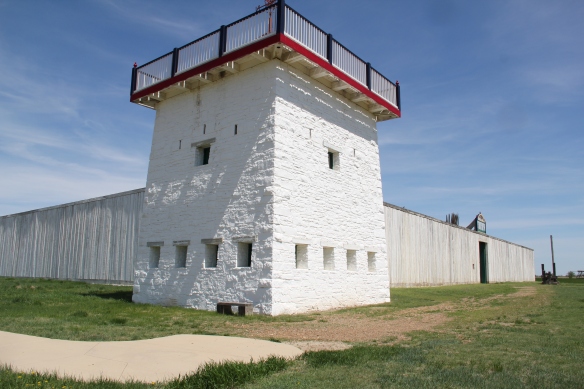 Twenty-five years later, I returned to Fort Union and explored a fully rebuilt site that finally was starting to receive the visitor count it always deserved: due to the Williston Basin oil boom. Williston, North Dakota, was gaining population as never before, and significant numbers of new residents were also reshaping Sidney, the seat of Richland County.

The reconstructed fort included a strong physical presence for the Native Americans who were the crucial economic actors for the post’s success. Without the reciprocity in relations and trade between the northern plains peoples and the American traders, the post would not have survived nor prospered.

More could be done with the size and massing of this Palladian inspired classical styled dwelling–actually a rather late example of this architectural style but somehow a sensible design considering how the post was really on the far edge of the American empire. It would be decades later, after the arrival of the Northern Pacific Railroad in the early 1980s, that a dwelling with such architectural pretension would appear in the Yellowstone country. 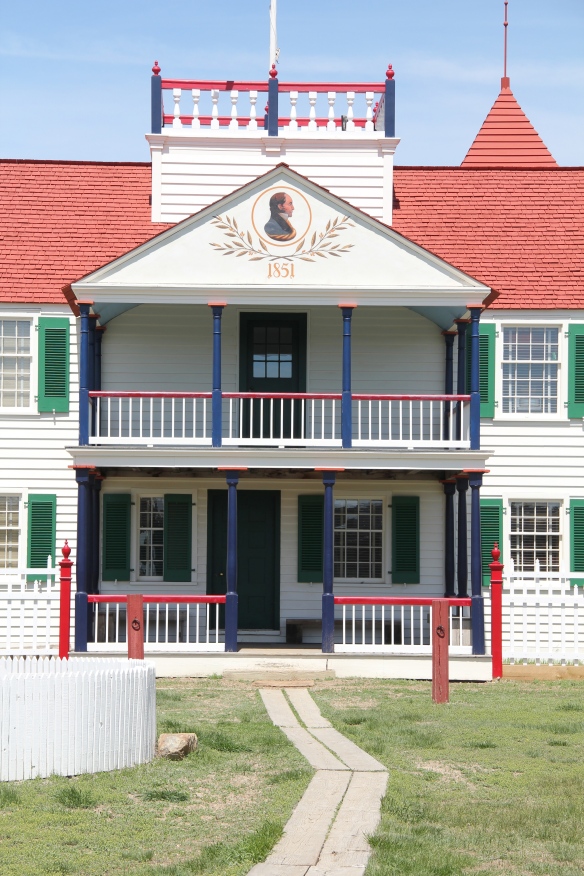 More could be said with additional reconstructed spaces and exhibits about the fur traders’ on Native Americans in the fur trade era from 1830 to 1868, but the fort as it exists in 2013 certainly conveys more to the public than the displays I found in 1984. Few places in the yellowstone Valley had changed more than Fort Union between 1984 and 2014.