Willow Creek was the end of the line for both the Northern Pacific and Milwaukee Road railroads as they vied for dominance in turn of the 20th century western Gallatin County.  The Northern Pacific came first with its spur line to Butte in the late 1880s then the Milwaukee arrived c. 1908.  Both used the same corridor, along what is now called the Old Yellowstone Trail on some maps; the Willow Creek Road (MT 287) on others.  It was a route that dated to 1864–the town cemetery, according to lore, dates to that year and Willow Creek has had a post office since 1867. 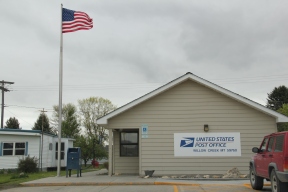 To find Willow Creek you follow the tracks and go south, entering one of the most beautiful rural landscapes left in the county. At the head of town is a historic early 20th century grain elevator on the old Northern Pacific line.

From there the old Yellowstone Trail highway curves into the town itself, creating a streetscape that takes you back 80 years at least, when Willow Creek was full of promise as a two-line town.

Two important commercial landmarks face each other.  First is the frame, false front early 20th century Willow Creek Cafe and Saloon, a local establishment that I cannot recommend enough.  It is the social heartbeat of the town.

Across the street is the “employment center,” the Willow Creek Tool and Technology which sells its wares across the west out of its brick building from the 1910s. (Note the faded advertising sign that once greeted travelers on the Yellowstone Trail highway.)

The cultural side of Willow Creek is represented by several places: homes and galleries of different artists, a monthly arts festival in the summer, and two special buildings from the 1910s.  The Stateler Memorial Methodist Church, c. 1915, is listed in the National Register of Historic Places.  Built from rusticated concrete blocks (from the cement factory at Three Forks) designed to resemble stone masonry, the church building is home to one of the oldest congregations (1864) in the Methodist Church in Montana.  The Gothic Revival-styled sanctuary is named in honor of its founding minister Learner B. Stateler. 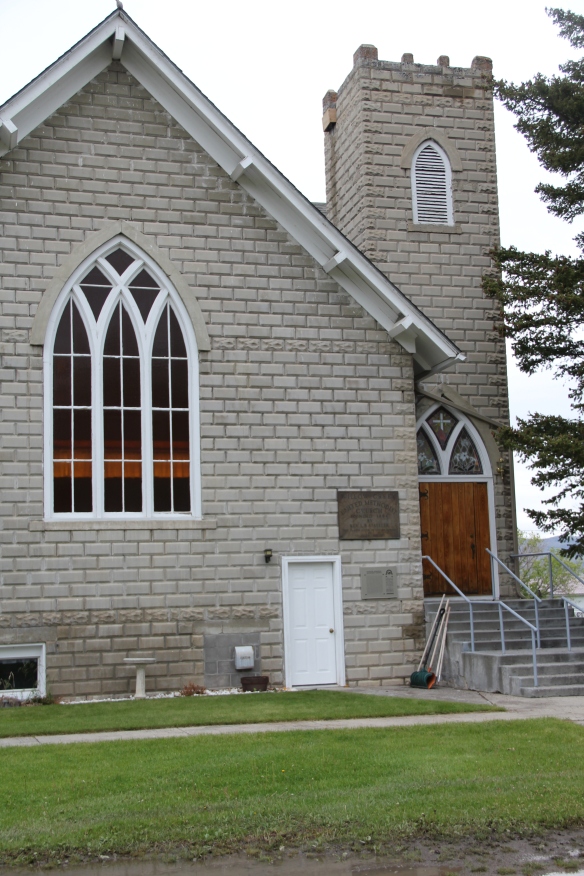 Nearby is another crucial landmark for any rural Montana community–the local school.  The Willow Creek School is an excellent example of the standardized, somewhat Craftsman-styled designs used for rural Montana schools in the 1910s. Two stories of classrooms, sitting on a full basement, was a large school for its time, another reflection of the hopes of the homesteading era. 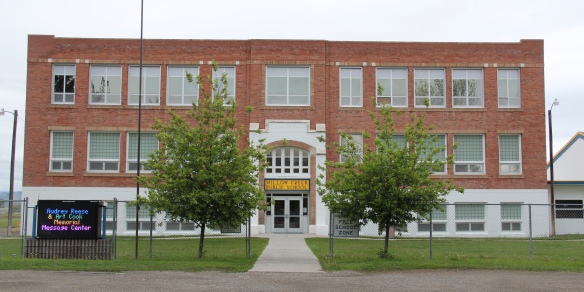 Additions in form of a gym and added rooms had come to the north and the school and its lot is the town’s community center. Although so close to Three Forks, the school kept its 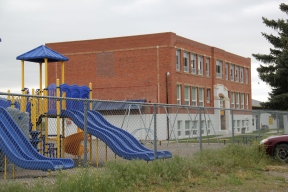 enrollment enough to maintain a Class C status in athletics and its tiny football field and track, with a beautiful view of the Tobacco Root Mountains, might be one of the most scenic athletic field spots in the west. No wonder that residents do what they can to keep the school and the town alive in an era of great change in Gallatin County.