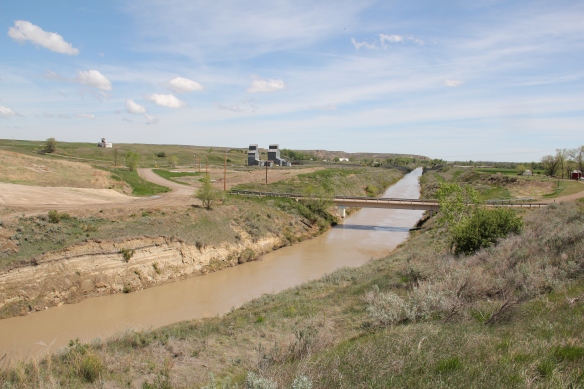 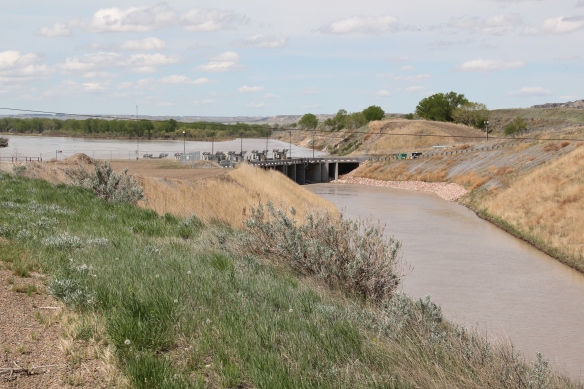 The dam, shown above, diverts water from the Yellowstone River into the big ditch, see below, which in turns waters thousands of acres of ranches in Dawson and Richland counties.

Intake itself was initially a town of promise, as the two historic elevators suggest, but the spur line built from the Northern Pacific Railway at Glendive north to Sidney. But there is nothing left there now but the recreation area on the Yellowstone River.

A much more successful story happened to the north at the town of Savage in Richland County. Here you cannot escape the ditch as it winds through the town. But residents also have established their own local museum about their community and the irrigation project, centered on the historic Breezy Flats school.

Savage still has its high school, built by the New Deal in Art Deco style in the late 1930s, and new churches speak to recent growth. Like other Richland County towns, rapid growth as exploration of the Williston Basin could transform this little town that the railroad and federal irrigation projects built. That time has not arrived here yet–but at Sidney the county seat, the transformation is well underway. That story is next.