A delightful story in the Great Falls Tribune this week told of a trip in Blaine County, traveling south from Chinook to the Bear Paws Battlefield and onto the almost ghost towns of Cleveland, Lloyd, and Warrick in Chouteau County.  In my 2013 survey I went along part of this route and it brought back fond memories.  I posted a few images from Cleveland in an earlier post about the Bear’s Paw National Battlefield and its improvements in interpretation in the last 30 years.  Today I will merely post a few additional images from Cleveland–yes, Cleveland, Montana–and my travels from six years ago. 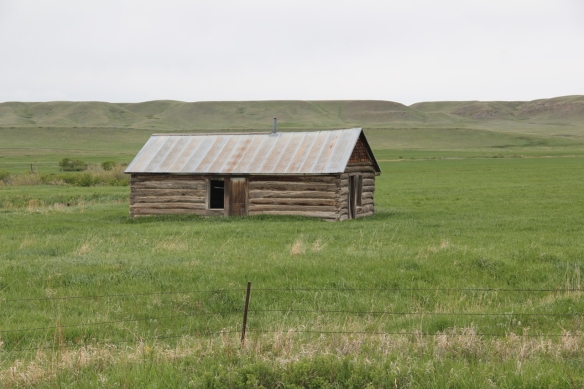 The Tribune writers are certainly correct–it really is a beautiful drive, passing historic ranches, early 20th century abandoned log homes like the one above, and various buttes and outcroppings punctuating the landscape.  I actually made the drive hoping that the Cleveland Bar would be open, and I could grab a brew and a burger.

Alas, it was shut down, but still there, and its crossroads on Peoples Creek Road was still the primary mail delivery spot for the scattered ranches of the county’s southern end.

Across the intersection of Cleveland Road and Peoples Creek Road was the community school, with its teacher dwelling.  I always think how interesting but also how challenging it would be to teach and live at the same place. Should these types of buildings, located in rural communities across the northern plains, be better recognized for their unique contributions to American education and culture?

But of course the real attraction to Cleveland was the stories I heard in Montana in the 1980s about the Cleveland rodeo, and sure enough the rodeo grounds were a mere stones throw from the back of the bar. 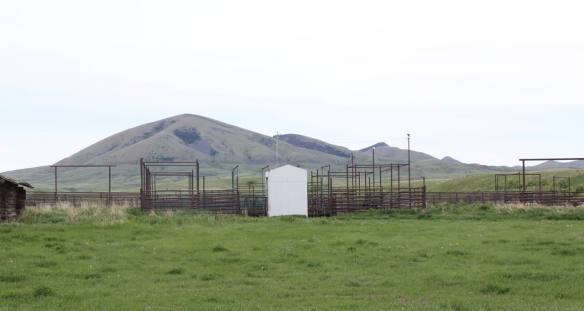 Another traveler has posted a wonderful montage of the July 4, 2011 rodeo at Cleveland–truly a community affair.  I wish that one day soon I can return when the chutes and corral are teeming with livestock and ranch families from miles around gather for an annual event, whose origins stretches back to the early settlement of Blaine County.