Grain elevators not only record the industrialization of plains agriculture; they also show you places–where the railroad left a siding and some sort of town, mostly gone now, took root over 100 years ago. Kevin is in northern Toole County, maybe 20 minutes south of the Canadian border. This lone elevator documents its homesteading era, that with the bust of the 1920s gave way to a boom in oil production in the middle decades of the 20th century. several oil tanks still remain from that era.

Kevin is the outlier–the rural grain elevators of Toole County record places that were once large agricultural communities, and have not been in population decline for decades. But elevators, both from the early days and from more modern times, remain as the sentinels of Toole County. 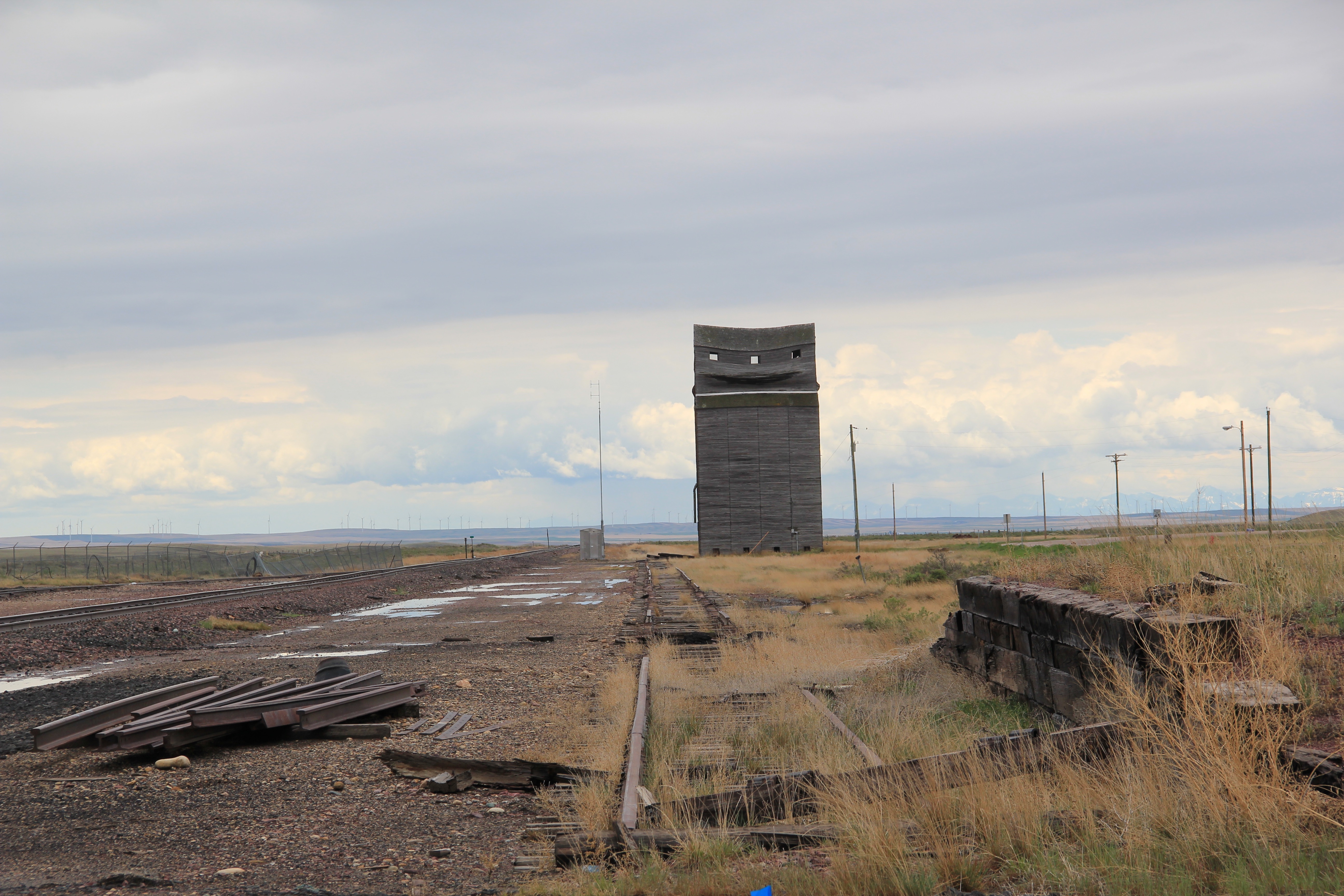 When I began my explorations of Montana’s Big Sky Country in the early 1980s one structure particularly captivated me–the grain elevator.  Certainly I had encountered these in the east, but in Montana, particularly in the high country of eastern Montana, the looming presence of grain elevators marked settlements both past and present. The elevators might be old and abandoned, like the one above at Kevin in Toole County or concrete and vibrant like the sets below from Glasgow.

But wherever they were located, they spoke of the promise of the homesteading generation and the very different reality of modern corporate agriculture of the second half of the 20th century into the 21st century.  Thus, this post does not promise much analysis–I have tackled the topic in other posts–but it does include some of my favorite images of Montana elevators from my field study of 2012-2015.

An elevator canyon in Joplin. 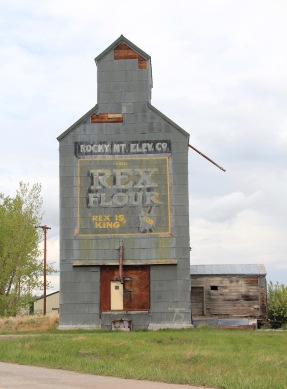 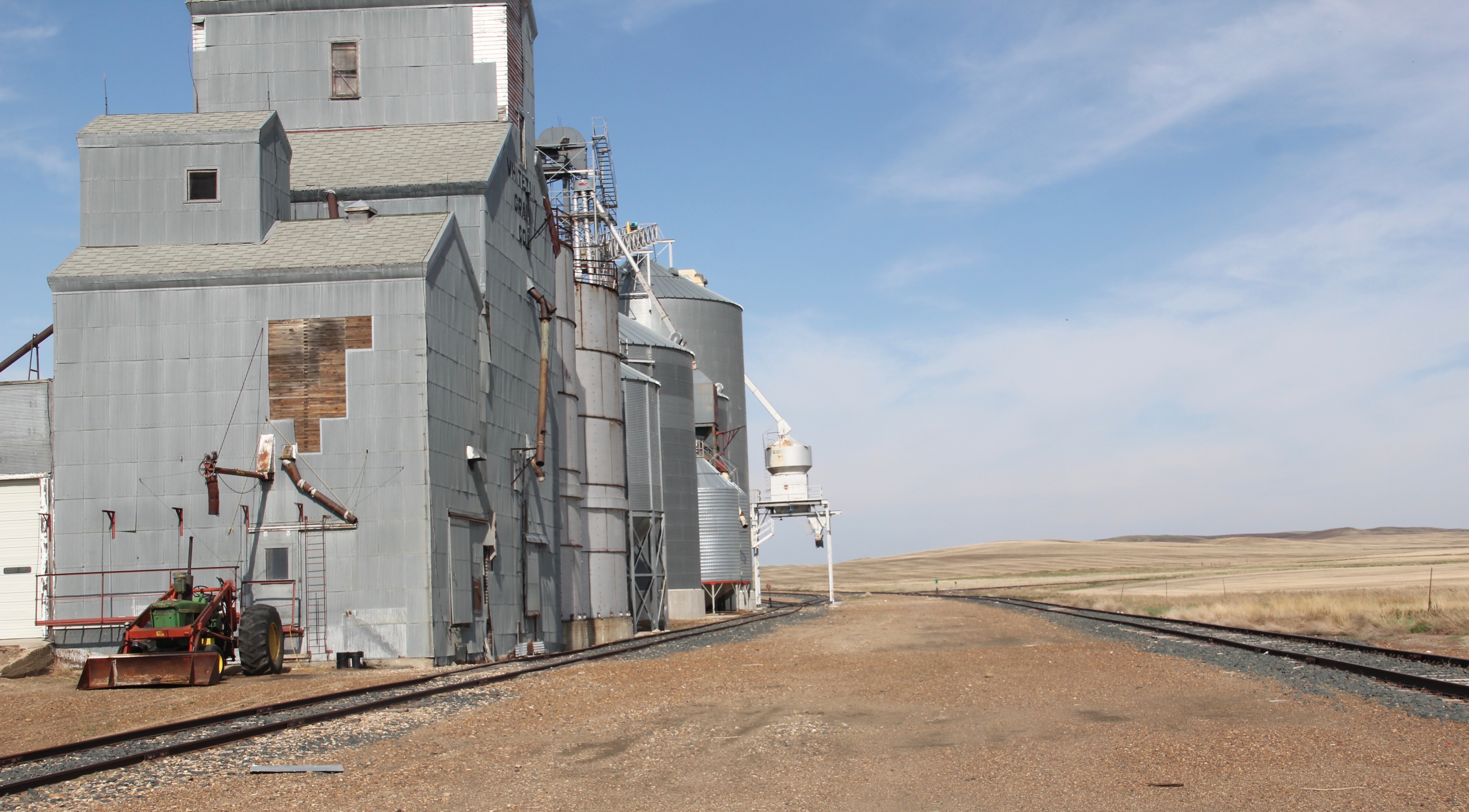 Whitetail on the Soo Line Corridor near the Canadian border.

The last post addressed Montana’s famous ranching landscape.  Intermixed with the ranches, especially in the eastern third of the state, is a very different landscape of technology, one of pumps, storage facilities, pipelines, and refineries–the oil landscape of 20th and 21st century Montana. 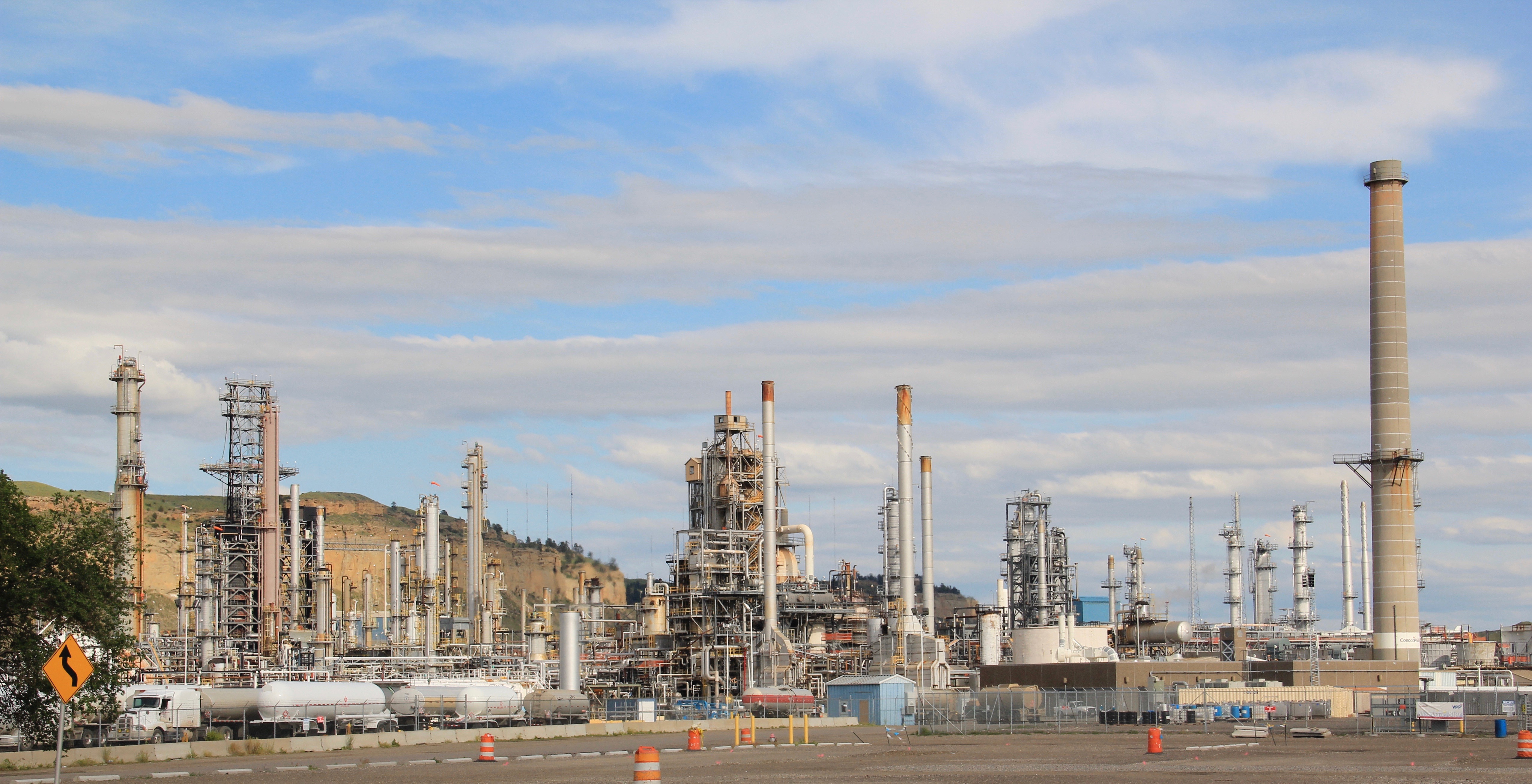 Billings is the largest city in Montana, and oil refineries along the railroad lines, are a major reason why.  At the beginning of the 20th century, Billings was not close to being the largest town in the Yellowstone Valley–both Glendive and Livingston held that honor.  But due to its railroad network, and the rise of oil from the 1940s onward, Billings had far surpassed any place in the Yellowstone, and, in fact, had become the largest city of the northern plains.  Go up on the bluffs overlooking the city and it is easy to see how oil has impacted this place.

Billings boomed in the mid-20th century because of oil–and the impact spread throughout the county.  The former Cenex refinery at Laurel–the next railstop to the west–dominates the town’s exit on Interstate Highway I-90. 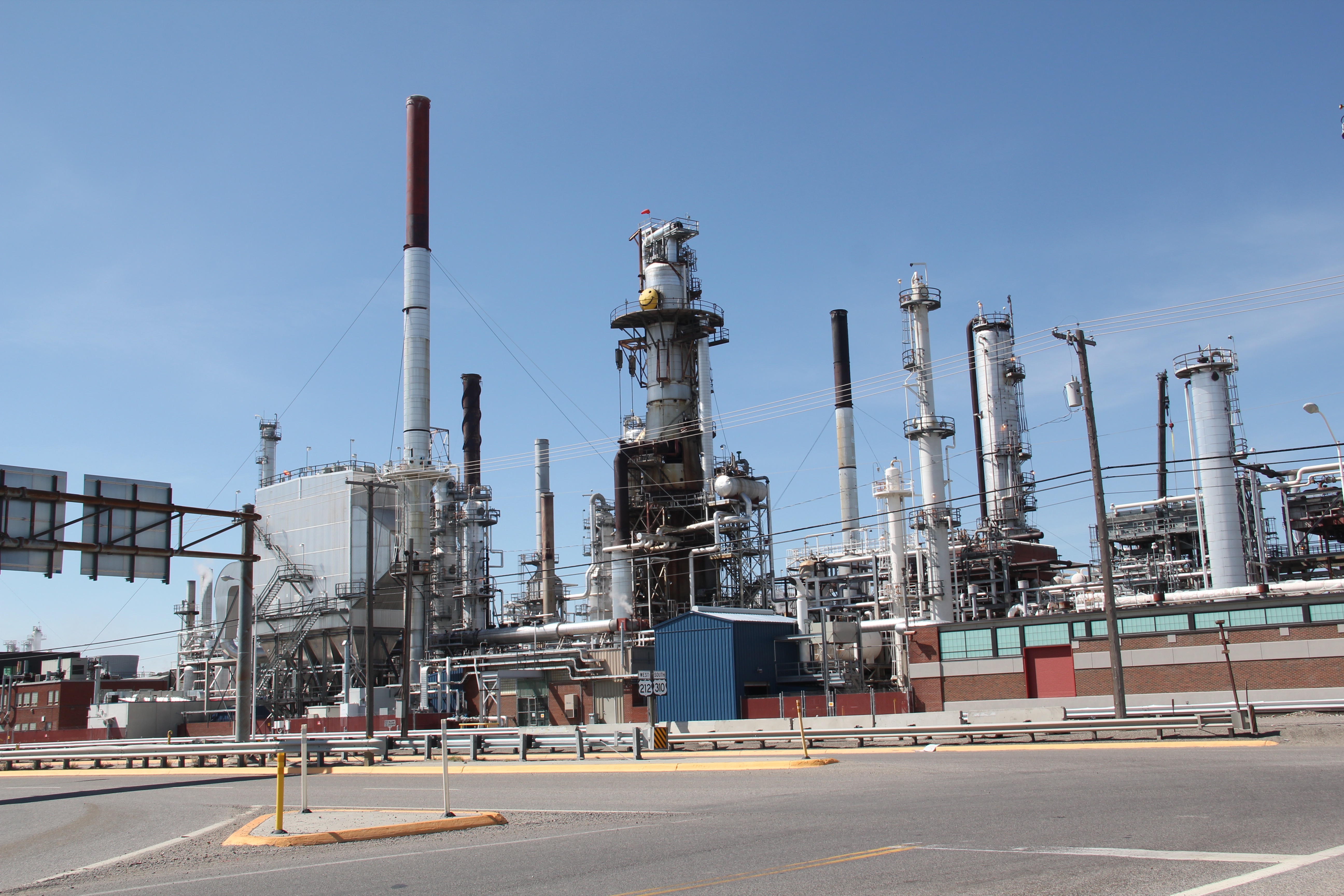 Yellowstone County is the distribution center for oil and petroleum in Montana.  The production areas can be found in almost any eastern county, where companies have established wells that pump crude non-stop–there are few oil fields here but plenty of pumps within the fields of Montana. 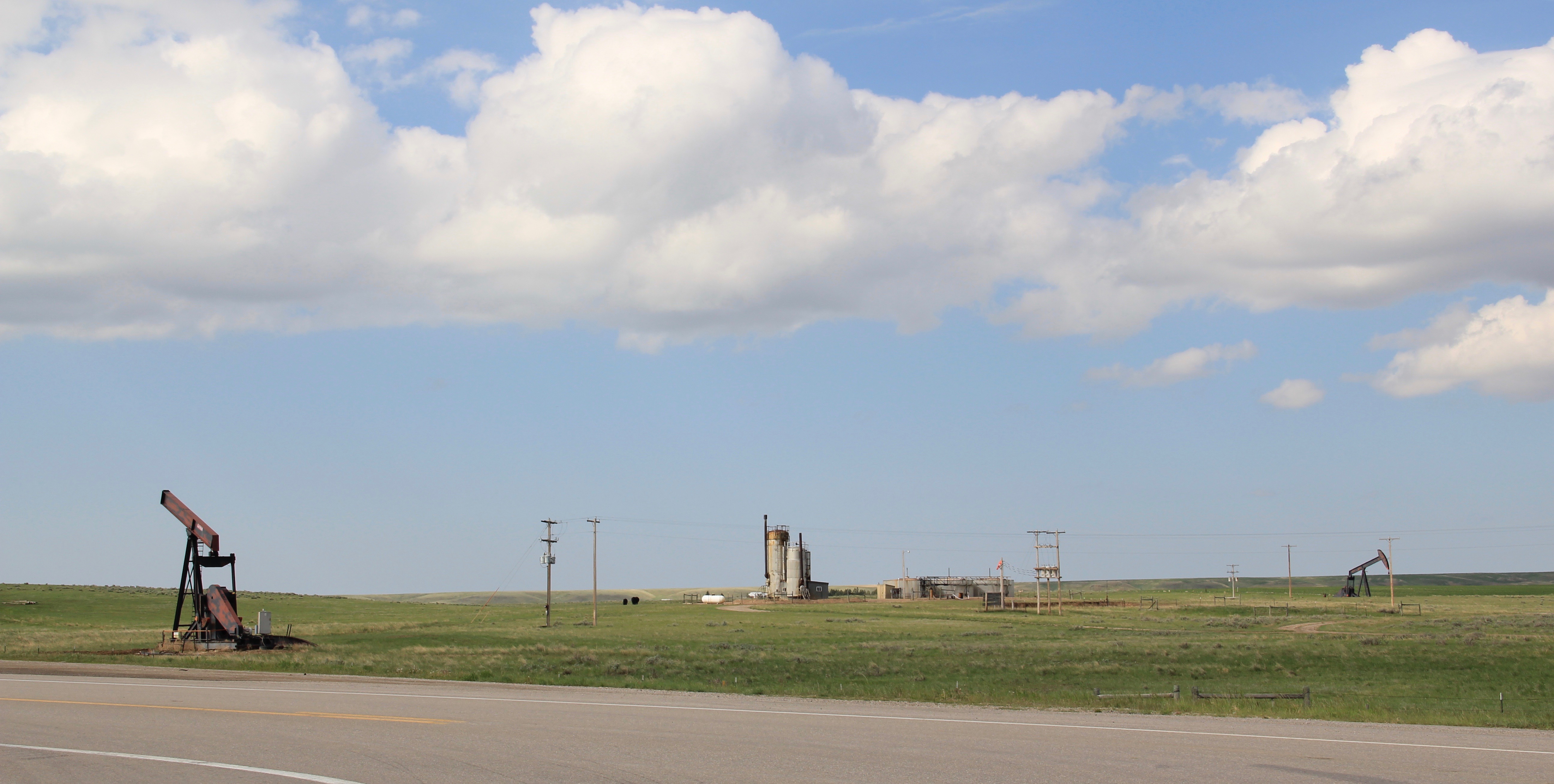 The number of pumps stretched across the landscape amazed me during the 1984-1985 state historic preservation plan fieldwork.  I didn’t really think of oil when I thought about Montana back then. The focus 30 years ago was not on the transformative boom that had begun ten years earlier but we did know enough to consider the earlier boom from the 1920s which began at a place called Cat Creek in what became Petroleum County in central

Petroleum County Courthouse in Winnett is listed in the National Register.

Montana to the similar 1920s boom, which lasted a good deal longer, in east side of the Rockies next to the Canadian border in Toole and Glacier counties.  Cut Bank, the seat of 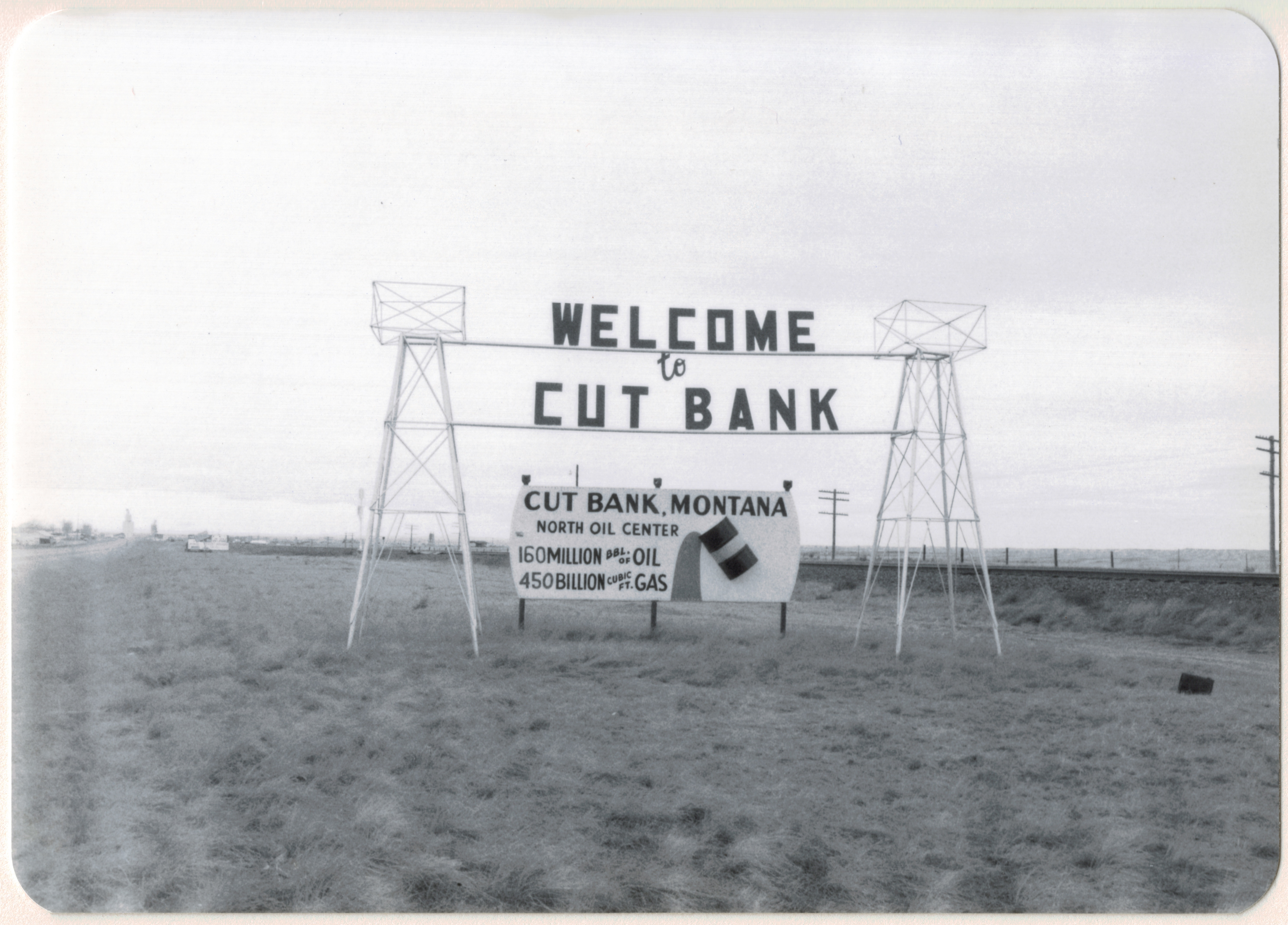 Glacier County, still bragged about its role as the “north oil center” in 1984.  To the south of Cut Bank at Kevin, you can still find both active and historic resources associated with the region’s oil production. 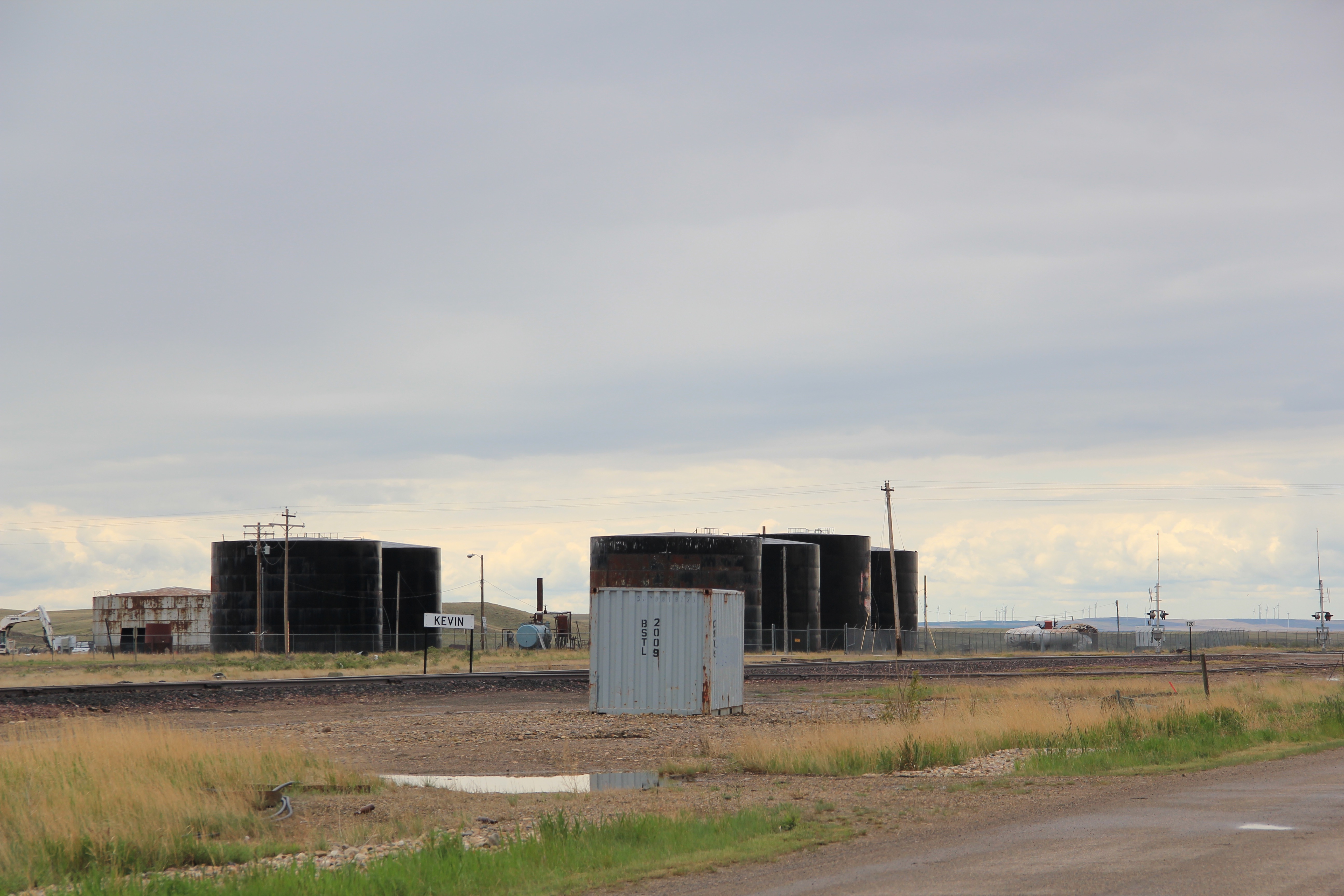 The towns of Kevin and Oilmont, however, have lost hundreds of residents since the boom–their deteriorating buildings tell a common Montana story of boom and bust, the patterns of extractive industries everywhere. 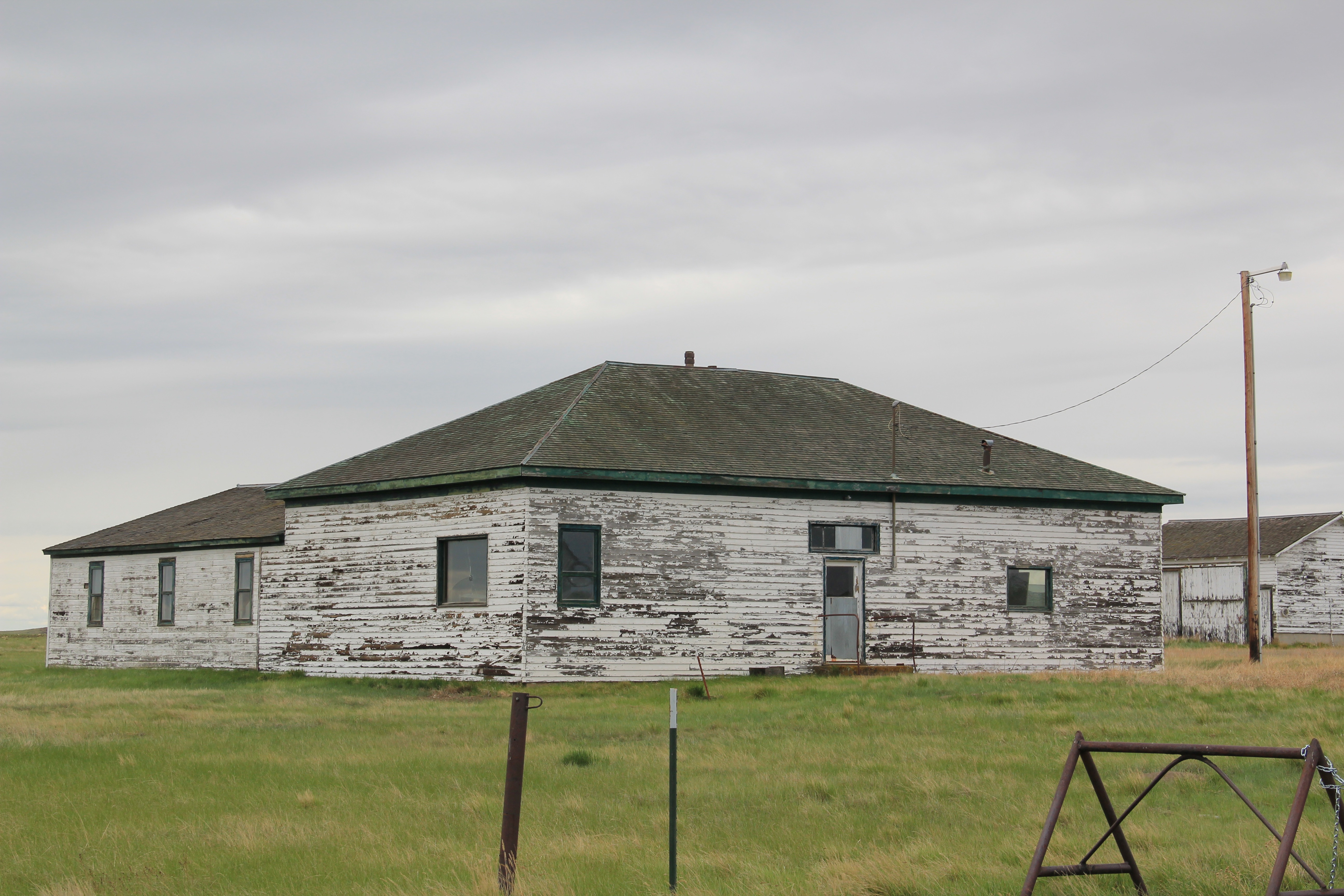 Now I wonder what will be the fate of the sudden boom towns of the fracking excitement of the early 21st century.  When I planned my fieldwork for the revisit to the Montana landscape, I decided that I must go to the eastern counties first–places like Plentywood, Sheridan, Culbertson, etc., because they would be the next to transform due to the Baker

field expansion.  Fracking I found–like in Roosevelt County above–but fractured communities–not so much, as I have discussed in earlier posts.  And now the boom has subsided–for how long? International markets will decide.

No matter what happens, Montana’s oil landscape will remain, past and present, and become one of the layers of history that speaks to how technology and international markets shaped the Big Sky Country.