In my Montana travels over the last two years, one of the most interesting, and potentially impactful, projects I encountered was in Red Lodge, where the Red Lodge Area Community Foundation is leading efforts to revitalize the historic Roosevelt School. When, earlier in the decade, the National Trust for Historic Preservation announced its interest in the one-room and rural schools of the Treasure State, I worried somewhat that the larger historic schools in small towns and county seats might be forgotten.  Red Lodge showed me that was not the case.

I attended a historic preservation conference there in the summer of 2016, where the Montana Preservation Alliance used the school’s historic gymnasium as the conference hall–a simple yet very effective conversion.  Gyms had always been community gathering spots, for basketball obviously but also for all sorts of events.  There is always a comfortable feel to these spaces. 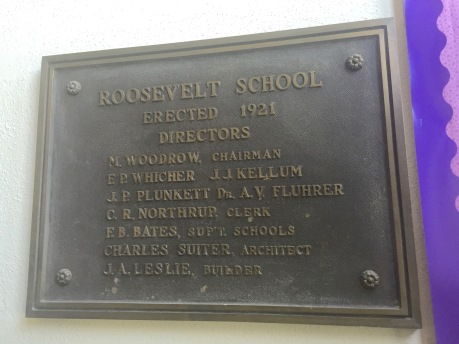 My surprise came when we toured the building.  I thought that due to the name Roosevelt, that the school had been yet another of the dozens of schools constructed in Montana during the “New Deal” of President Franklin D. Roosevelt during the depression decade of the 1930s.  Wrong–it was a 1921 building, named for former President Theodore Roosevelt, who was the champion of national parks and the open rugged west that Red Lodge was very much part of.  Charles Suiter was the architect.  He had twenty plus years earlier worked with the much more famous Montana architect John Paulsen as the contractor for the landmark Montana Hall at Montana State University in Bozeman. 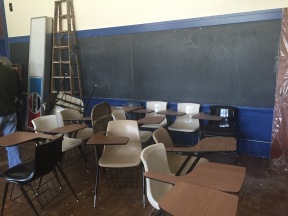 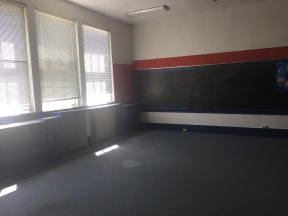 So, the overall context for the school was different from what I had gathered in the past.  Here was an early 1920s community statement by Red Lodge leaders–the homestead boom had already busted, and tough times were just ahead for Montanans but the community then felt it was time for a modern building, with well-lit interiors and well-placed blackboards that did not glare in the sunlight.  And throughout the building there 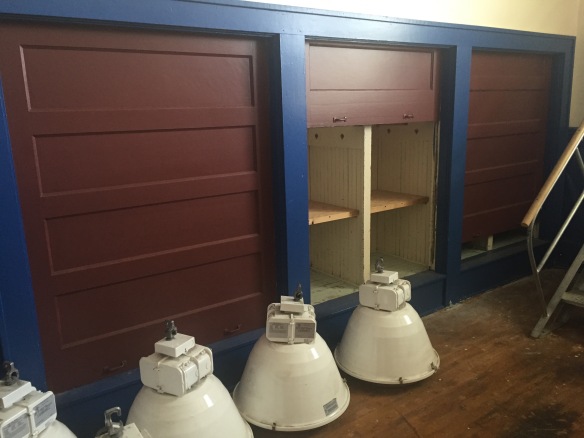 were so many intact details from the time of construction–built-in storage spaces, private restroom stalls, when hallway clocks ticking down the minutes in a day–the place was like a time capsule.

And then there was the third floor masterpiece, the combination library and performance hall.  Classical pilasters framed the stage and added touches of class and seriousness to the space.  Here was a public building that spoke to community ambitions but also community pride.

Intimate spaces, classroom spaces, grand public spaces.  The Roosevelt School meant too much to be left to the wrecking ball, and the progress the community foundation is making there is reassuring:  once again smart, effective adaptive reuse can turn a building in a sustainable heritage asset for the town. It’s worth checking out, and supporting.  And it is next door to one of the state’s amazing throwback 1960s roadside

experience, The Yodeler Motel, built in 1964.  Step back in time but also look at the heritage-infused future of Red Lodge:  a worthwhile stop indeed. 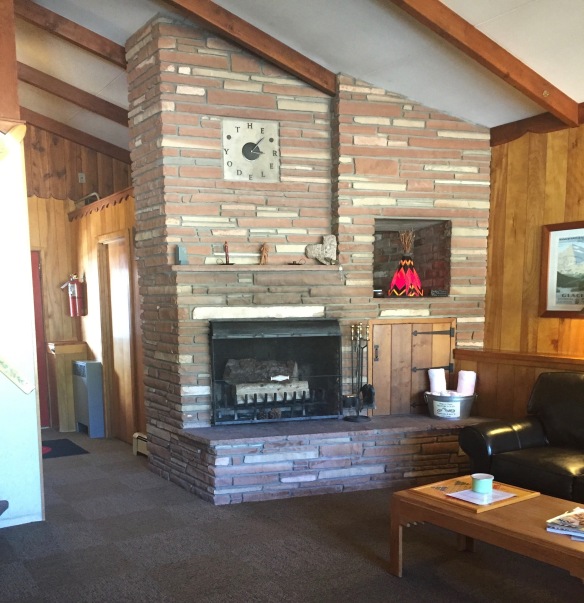