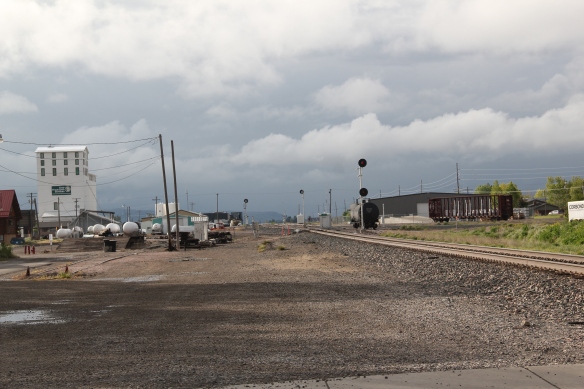 From 1983-85 Belgrade became one of my favorite Northern Pacific railroad towns.  Often I would leave the interstate here, stop at truly one of the great small town bars/cafes along the town’s railroad corridors, and then travel on old U.S. 10 (the town’s Main Street) on to Manhattan, Logan, and Three Forks before popping up on US 287 and continuing to home in Helena. 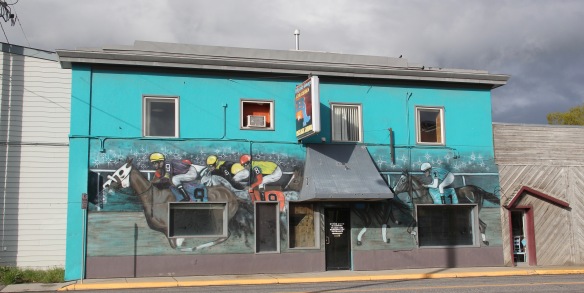 The building for my favorite cafe/bar in Belgrade still stands; it has been converted into a sports bar/casino, and additions have been made to either end of the building.

Belgrade has changed so much in the last 30 years:  it is the largest Montana town that is not a county seat, and it is larger than many existing county seats in the state.  As the new adjacent Bozeman airport takes off, growth will continue in this part of Gallatin 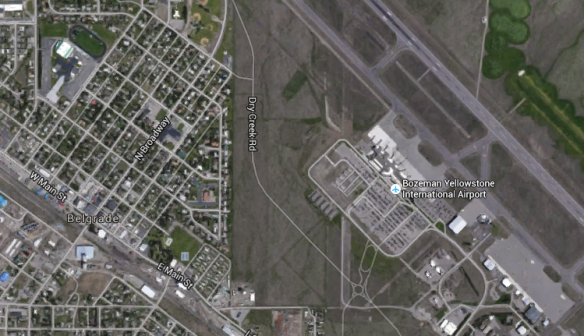 County, and Belgrade is probably not many months from 10,000 in population.  It had about 2300 residents when I surveyed the town in the early 1980s. 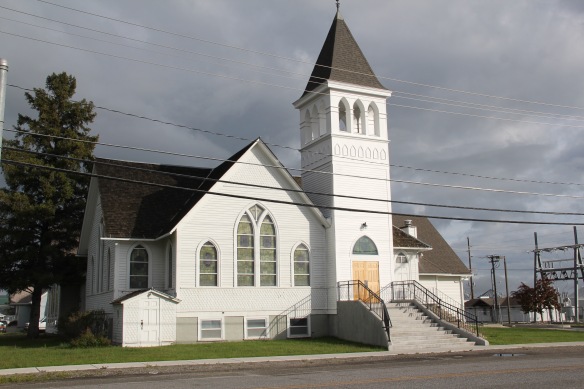 Despite the boom, several landmarks remain.  The Belgrade Community Church, built in 1904 as the town’s Presbyterian church, served in the 1980s as a joint church building for both the town’s Presbyterians and Baptists.  This impressive Gothic Revival building had received several updates and additions in the mid-1970s.  It became the Community Church in 1992 as the Presbyterians left and the American Baptist Church took over sole control of this historic church building. 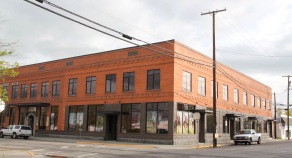 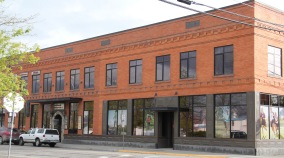 A similar story is told by the Belgrade Mercantile Company block, a turn-of-the-20th-century two-story brick building, that defined the town’s primary commercial corner and faced the tracks of the Northern Pacific.  Thirty years ago, you saw the potential of the building but several storefronts then were shuttered.  In the early 21st century the landmark received a complete renovation and is a busy place today. 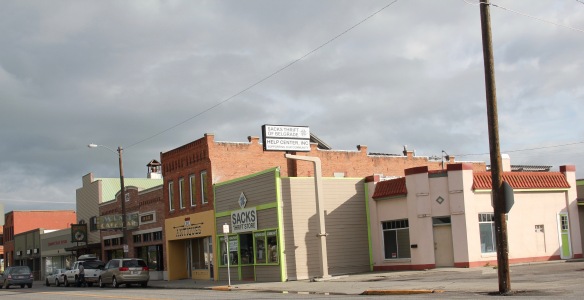 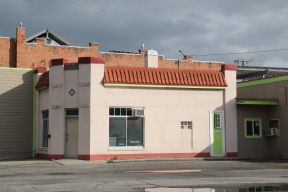 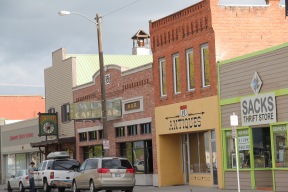 The town’s historic mission-style gas station still stands along the U.S. 10 corridor but was not in use in May 2015.  The Mint Bar–another old fav–had just closed its doors when I visited last.  The town’s downtown blocks retain the historic look of the Northern Pacific symmetrical-plan town from 1881-1882, and many of the building blocks date c. 1900 to 1930.  it is time for Belgrade to take advantage of historic preservation as a tool for downtown revitalization.  In a county where so much is listed in the National Register, Belgrade has never taken full advantage of the program even as the town’s pride and stewardship of its early landmarks remain evident today. 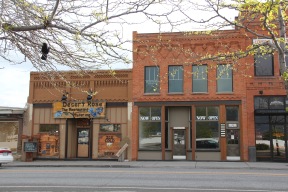 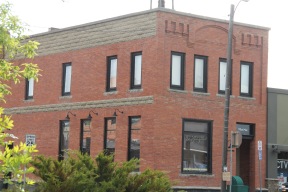