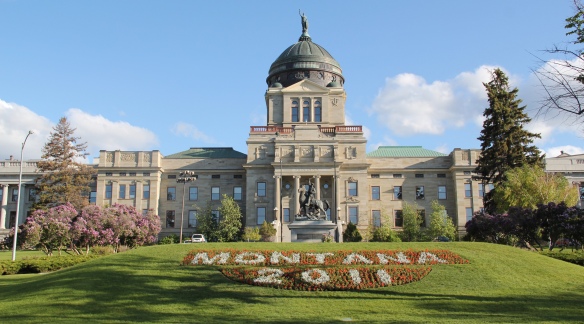 The Montana State Capitol was my first heritage project in the state–the Montana Department of General Services worked with the Montana Historical Society to have me prepare an interpretive guide to the capitol, and then set up the interpretation program, following an excellent historic structures report prepared by the firm of Jim McDonald, a preservation architect based in Missoula. 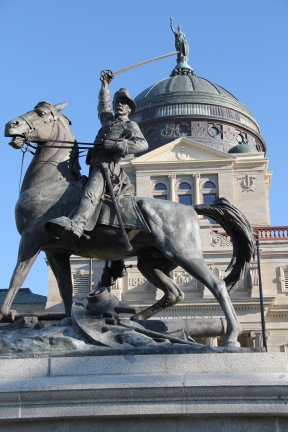 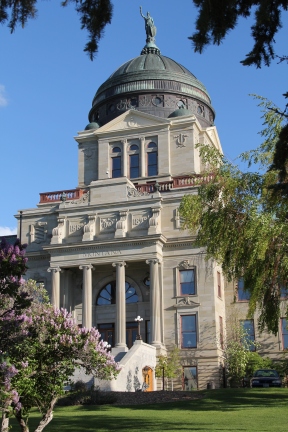 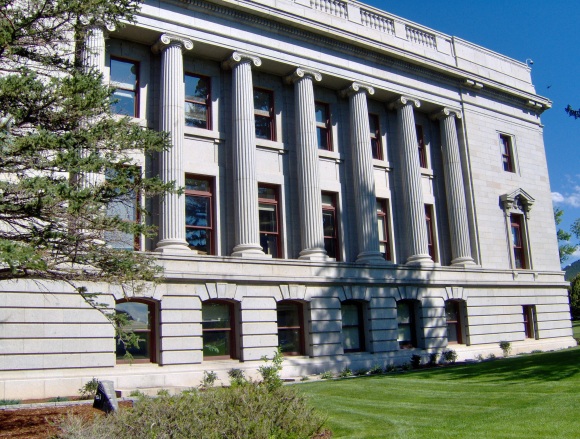 The capitol was designed by the firm of Charles Bell and John Kent of Council Bluffs, Iowa, who moved to Helena to supervise the project.  The first phase of construction dates from 1899 to 1902 and then between 1909 and 1912 the building was largely completed to its present form with additions from the Billings firm of Link and Haire.  It was a splendid building and a joy to work with, and clearly a point of pride of the thousands of Montanans who would visit in a given year. 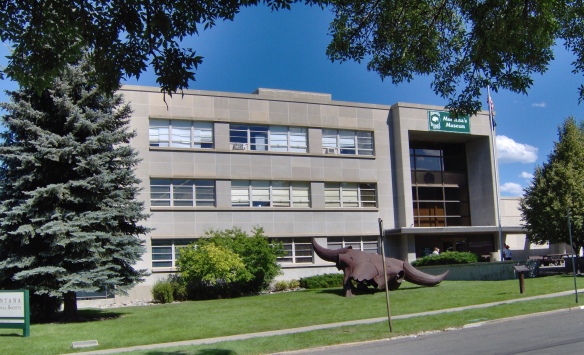 When I worked at the capitol, of course I passed daily by other state government buildings, and rarely gave those “modern” buildings another thought, except perhaps for the museum exhibits and archival collections at the Montana Historical Society.  Years later, however, what seemed unbearably recent in the early 1980s were now clearly historic.  One of my MTSU graduate assistants, Sarah Jane Murray, spent part of a summer last decade helping develop a inventory of the buildings and then, finally, in 2016 the Montana State Capitol Campus historic district was listed in the National Register of Historic Places. 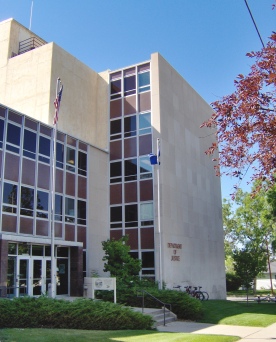 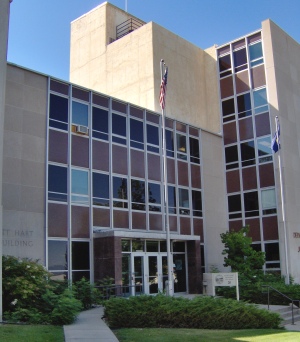 It is really a splendid grouping of buildings, reflecting both the growth of Montana in the middle decades of the 20th century and how state government has expanded its services to  the citizens.  The Scott Hart Building dates to 1958, an impressive bit of Montana modernism by the firm of Bordeleau, Pannell, and Amundsen.  it was an addition to the original Montana Highway Building (1936), a New Deal project in PWA Moderne style from 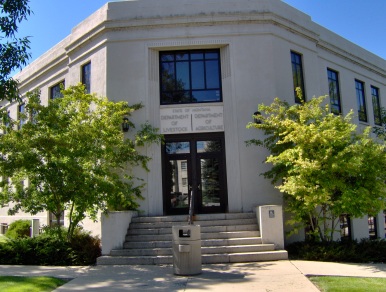 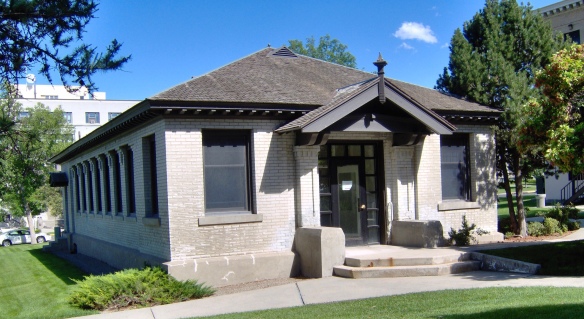 The Capitol Annex (1910) was the first building added to the capitol campus, and its restrained classicism came from the firm of Link and Haire. 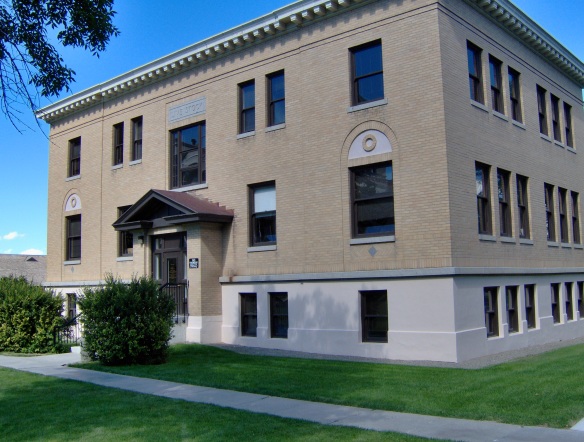 The nearby Livestock Building (1918) is like the annex, complimentary of the capitol’s classicism but also distinguished in its own Renaissance Revival skin.  Link and Haire were the architects. 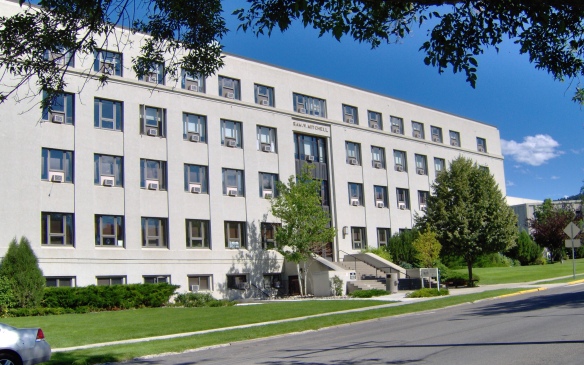 The mammoth Sam W. Mitchell Building (1948-50) reflected the post-World War II interpretation of institutional modernism and its mammoth scale challenged the capitol itself, especially once a large addition was completed at the rear of the building in 1977. The architect was Vincent H. Walsh of Helena. 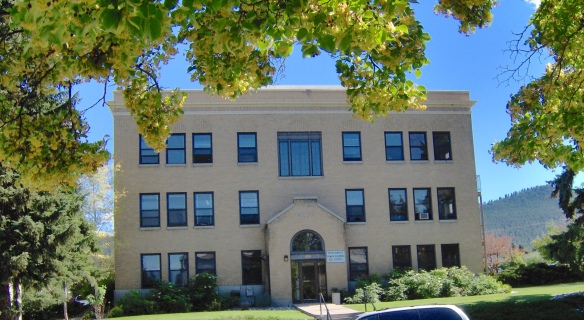 Another Link and Haire building on the campus is the Board of Health Building (1919-1920), which continues the pattern of more restrained architectural embellishment that shaped the look of the government buildings in the middle decades of the century. 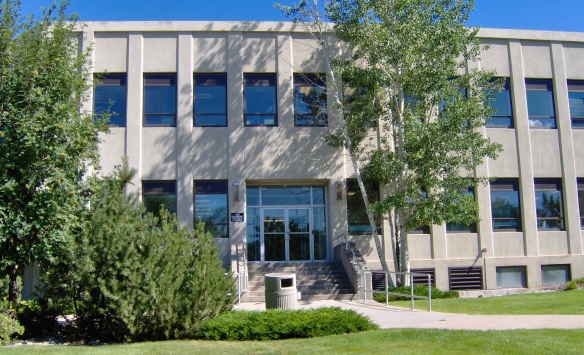 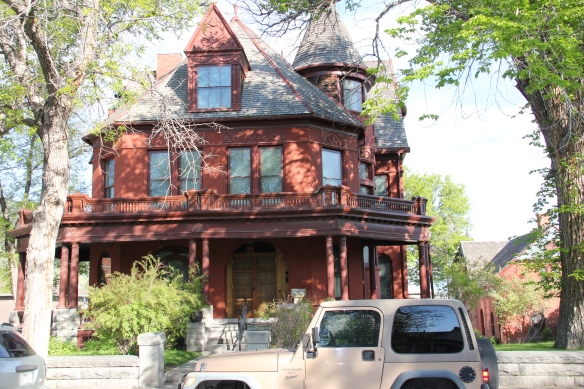 While the capitol campus took form on a hill about a mile east of Last Chance Gulch, the state’s governor still lived downtown, in the Queen Anne-style “mansion” originally built by miner and entrepreneur William Chessman and designed by the St. Paul firm of Hodgson, Stem and Welter.  The state acquired the house in 1913 to serve as the residence for the governor and his family, and it remained the governor’s “mansion” until 1959. 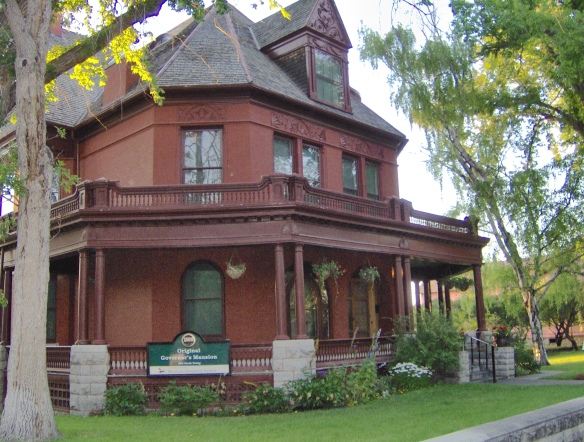 It was the opportunity to be the curator of this house museum that attracted my newlywed wife Mary Hoffschwelle that led me to come with her to Montana.  She was born in Billings; I had never been west of Dallas.  But then over 25,000 miles of driving, visiting, and looking in Montana transformed me, and led not only to the 1986 book A Traveler’s Companion to Montana History but now this Montana historic landscape blog.  Fate, perhaps.  Luck–I will take it any day.