No doubt readers may doubt that public art and Cut Bank are used in the same sentence, but the use of historical murals to enliven the town’s historic commercial core was the biggest change I experienced from visiting Cut Bank in 1984 and 2015.

This welcome sign on U.S. Highway 2 in 1984 touted the oil boom that so re-shaped the town and Glacier County generally in the second half of the twentieth century.  Then the town’s penguin, a roadside landmark on U.S. 2,  accepted the commonly heard observation that Cut Bank was the coldest place in all of Montana–its World War II air base always was reporting weather conditions, ensuring that many Americans equated Cut Bank with frozen temps.

I am speaking instead of the wide range of images and themes that visually interpret the town’s and county’s history. Finding public art murals about the open landscape once dominated by the Blackfeet Indians and the buffalo is not surprising–communities often embrace the deep history of their land.

That Cut Bank also has a large expressive mural about the Lewis and Clark Expedition is not surprising–murals about Lewis and Clark were installed across several towns during the bicentennial of the expedition in the first decade of this century. East of Cut Bank is Camp Disappointment, one of the more important sites associated with the Corps of Discovery.

Nor is it surprising to see communities commemorate their homesteading roots, and the importance of agriculture and cattle ranching.

But I was surprised, pleasantly, by the number of murals that also documented the town’s twentieth century history, whether it is the magnificent steel trestle of the Great Northern Railway just west of the commercial core, or a mural that reminded everyone of the days when the railroad dominated all traffic here.

The actual trestle along U.S. Highway 2. 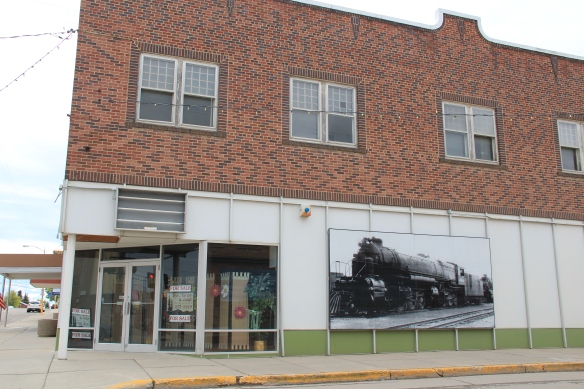 It is this first half of the 20th century feel that the murals interpret–the era that actually built most of the historic buildings you find there today–that I find so impressive and memorable about Cut Bank, be it people on bicycles or what an old service station was like. 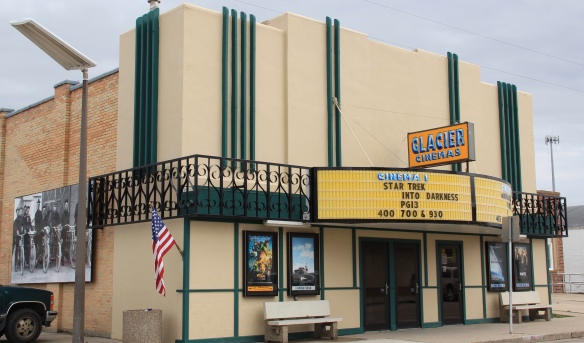 Space matters when you interpret the built environment, and these various murals reflect not only a sense of town pride and identity they also give meaning to buildings and stories long forgotten. 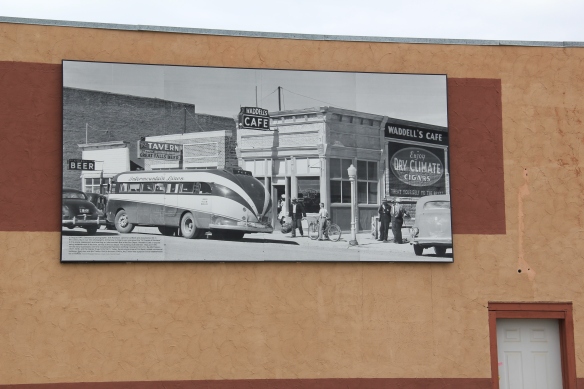 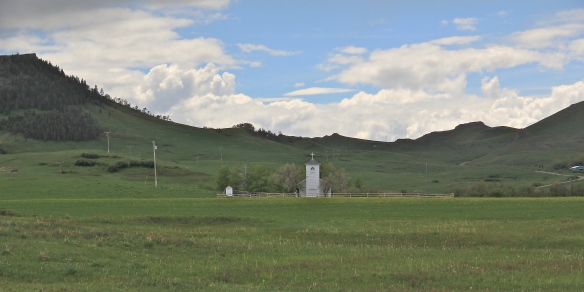 In all of the justified and well-meaning excitement for a Great Falls of Missouri heritage area–an effort I fully support as an administrator of a statewide heritage area in Tennessee–let’s always remember the western end of Cascade County where so much started.  The First Nations Buffalo Jump State Park at Ulm is the reminder of the centuries old Native American shaping of the landscape.  Here, on a graveled road within a working ranch, stands another key National Register site where Catholic missionaries attempted to build a new world with Blackfeet Indian–St. Peter’s Catholic Mission.

Just getting there is awe-inspiring as the road winds its way around Crown Butte and through dazzling landscape of where the plains meet the mountains in Montana.  St. Peter’s did not become a major settlement, despite its early founding–it seems in the middle of nowhere today, which it is, but in the mid-19th century it was right where it needed to be, at the intersection of Native American and white missionary culture. 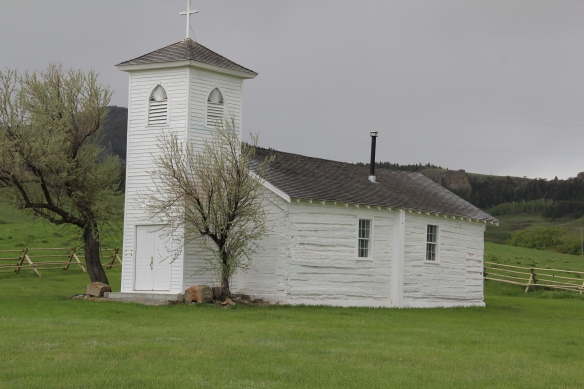 The church itself is an unassuming log building, c. 1878, with a frame bell tower later later. But it was an outpost in that missionary effort among the Blackfeet 150 years ago.  I wrote about this place and the later Holy Family Mission on the Blackfeet Reservation in en essay “Acculturation by Design” years ago so I won’t belabor the success and failure of those efforts here.  You can see for yourself. Other remnants of the old mission school survive,

some barely hanging on, as they are still part of a working ranch.  The cemetery high above the church, and every other part of the old mission, is probably the most compelling site.  And a perfect place today, or any day for that matter, for contemplation of the story of men, culture, faith, and history on the northern plains. 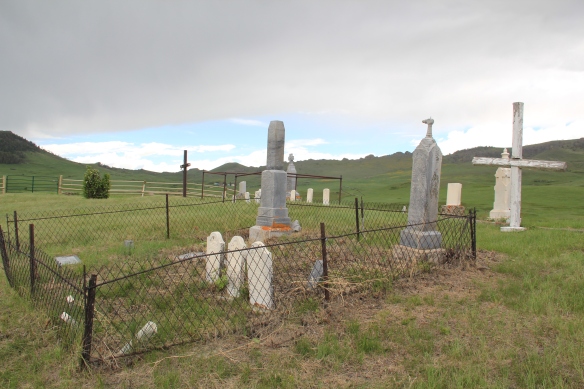