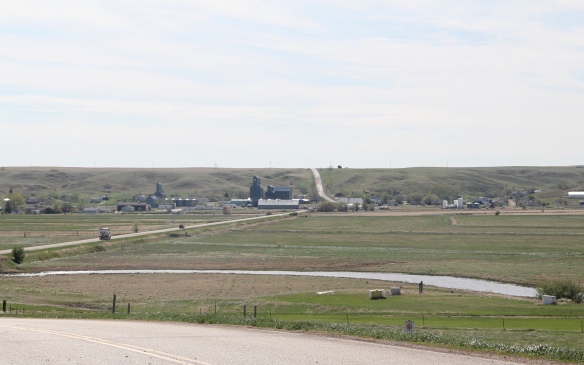 Readers of this blog have been generous, sharing thoughts, and history about the many fascinating places of the Big Sky Country.  Most recently I had an inquiry about a place that even most Montanans do not know about–Reserve, Montana.  When I earlier wrote about railroad towns in Sheridan County I briefly mentioned this place of a couple dozen residents today–and the inquiry has led me back to the images I took in 2012 and wish to share more about this place. The image above shows the town in its entirety–a rather common Great Northern town in the northern plains.

The town’s grain elevators really are its landmark–the town is along the railroad spur and sits off Montana Highway 16–without the elevators you might not even notice it.

Agriculture defines the use of the largest buildings of the town, and while it is a tiny place Reserve serves a much larger region of ranches located between Plentywood, the county seat, to the north and Medicine Lake, to the south.

This larger audience for services in Reserve helps to explain the survival of the Reserve Post Office–so many tiny Montana towns have lost the one federal institution that had been there since the town’s beginning.

But naturally I will urge you to make a stop, however brief, at the Reserve Bar.  This concrete block building, with its period glass block windows, is a friendly place, and a great way to talk with both residents and surrounding farmers.

In the past posts I revisited the two Daniels County towns at the “end of the line” of a spur line constructed by the Great Northern Railway in the early 1910s as a way of countering the push into northeastern Montana by the Soo Line at the same time. These attempts at railroad expansion and town building took root during the homesteading boom of that decade. Now with depots gone and residents drifting away, the old railroad corridor as it stretches from Opheim on the west end to its junction with the main line at Bainville, takes on the appearance of a ghost line, attested by the image above from Homestead and the one below from Reserve,both in Sheridan County.

At the rough mid-point of this spur line lies Plentywood–rather forsaken spot I thought in 1984 but a town now actually facing too much growth, too fast as the need for residences and space for the thousands of Bakken oil field workers seeps into northeast Montana. In 2013, the impact on Plentywood and Medicine Lake to the south was apparent as this just opened man camp at Medicine Lake shows. 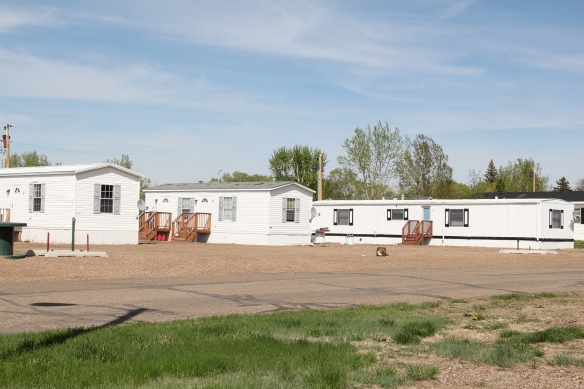 Plentywood was of considerable interest to me because once the initial homestead boom turned to disaster in Sheridan County by the time of the Great Depression, there was a local movement to create a communist party. This story was known in 1984 but now we have full accounting due to the research of Sheridan County native Verlaine Stoner McDonald in her book The Red Corner (2010). 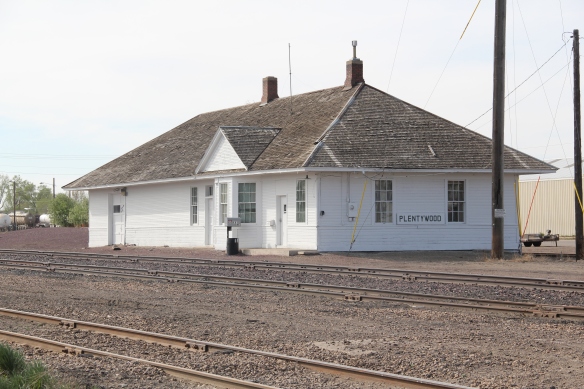 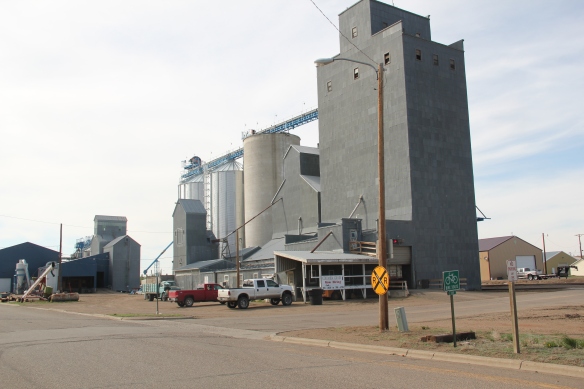 Plentywood has a classic T-plan town, with its depot and huge grain elevators defining what was the head of the town–and then a long “stem” of the T, where first came the commercial district, then a residential district, and finally at the “bottom” of the T: the county courthouse.

This arrangement of space spoke to the railroad’s concern for safety and efficiency: T-plans moved traffic and pedestrians off of the tracks. But when the Works Progress Administration built the understated WPA Modern-styled courthouse in 1937, placing it at the end of the town, you also had a classic statement of where power lay in these plains country towns. The railroad stood at the head; at the end of the town was the seat for local politics.

In 1984 another interesting arrangement of space I noted in Plentywood was how three different banks stood on three of the four corners of the town’s most prominent crossroads, where Montana Highway 16 crossed the main street. The banks are still there with the stone-work of the historic Adolph Riba bank (built by Henry and John Hill from the village of Raymond to the north), making it a prominent landmark. 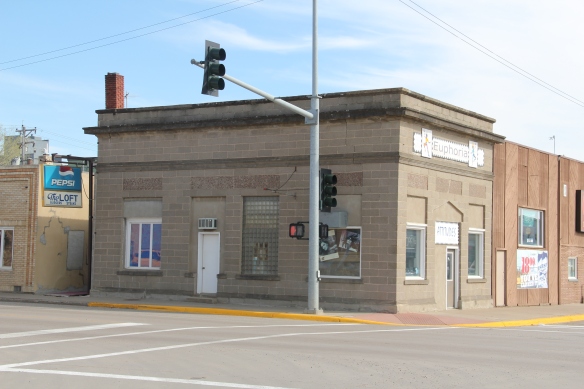 The impact of the regional oil boom on the public landscape is most evident in new schools and the new library, attached to the historic courthouse, changes I didn’t expect to find in a town that had lost 700 residents from the 2400 or so who lived there in 1984.

I was especially pleased to see the town’s historic movie theater, the Orpheum, which stands adjacent to the “top” of the T, still doing well. It was rare to find a small town movie theater in 1984, even less common today. Plentywood today is more than the historic center point of a neglected railroad corridor; it lies in the center of the changes coming to the region out of the 21st century oil boom of the northern plains.