Dominated by the monumental Cruse family mausoleum, Resurrection Cemetery has been a Montana Avenue landmark for over 100 years.  It is not the first Catholic cemetery in Helena–the original one was nearer the yards of the Northern Pacific Railroad and was closed c. 1906-1908, when Resurrection Cemetery was under development.  The first cemetery became abandoned and many markers and crypts were not removed until the late 1940s and 1950s.  Then in the 1970s, the city finished the process and turned the cemetery into Robinson Park, where a small interpretive marker still tells the story of the first Catholic cemetery. 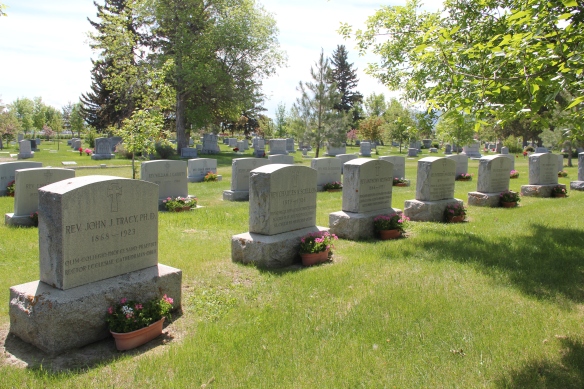 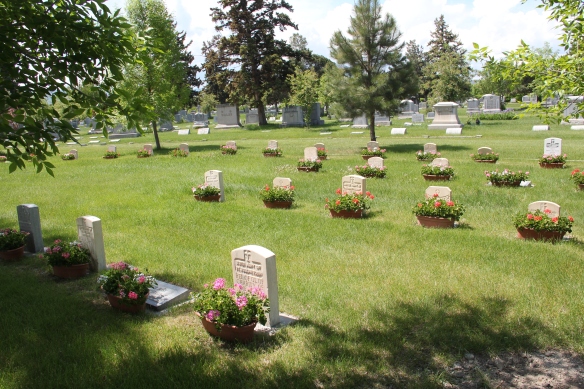 Resurrection is a beautifully planned cemetery, with separate sections, and standardized markers, for priests and for the sisters, as shown above.  Their understated tablet stones mark their service to God and add few embellishments.  Not so for the merchant and political elite buried in the historic half of Resurrection Cemetery.  “Statement” grave markers abound, such as the Greek Revival temple-styled mausoleum for the Larsen family, shown below.

An elaborate cross marks the family plot of Martin Maginnis, an influential and significant merchant and politician from the early decades of the state’s history (but who is largely forgotten today).  Nearby is the family plot for one of Maginnis’ allies in central Montana and later in Helena, T. C. Power. 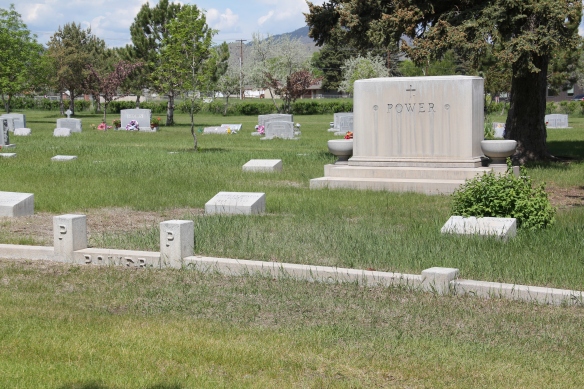 Joseph K. Toole, a two-time Governor of Montana, is also buried with a large but not ornate stone marker, shown below. Former senator Thomas Walsh is nearby but what is 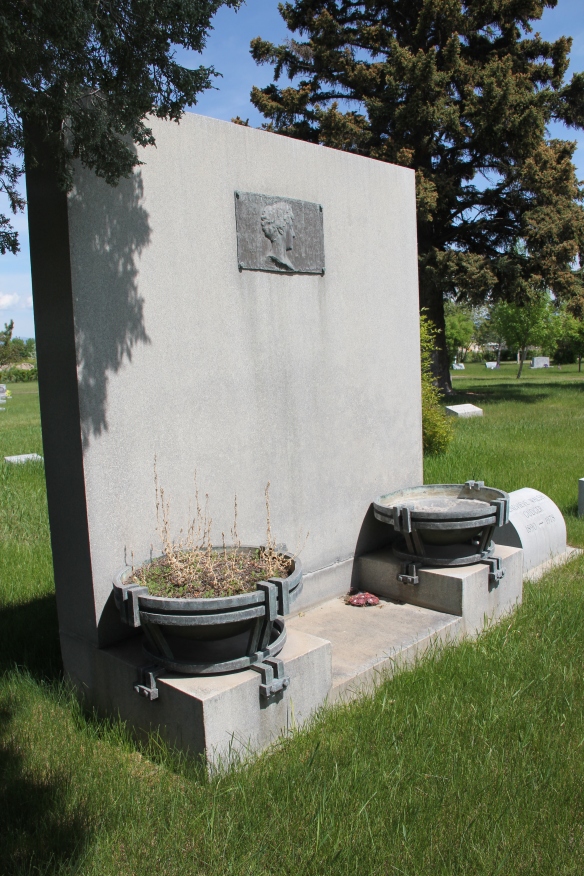 daughter Elinor Walsh, who died as a young woman.  I have not yet encountered a marker similar to hers in all of Montana.

Another compelling marker with statuary is that of another young woman rendered in marble, a memorial to James and Catherine Ryan. 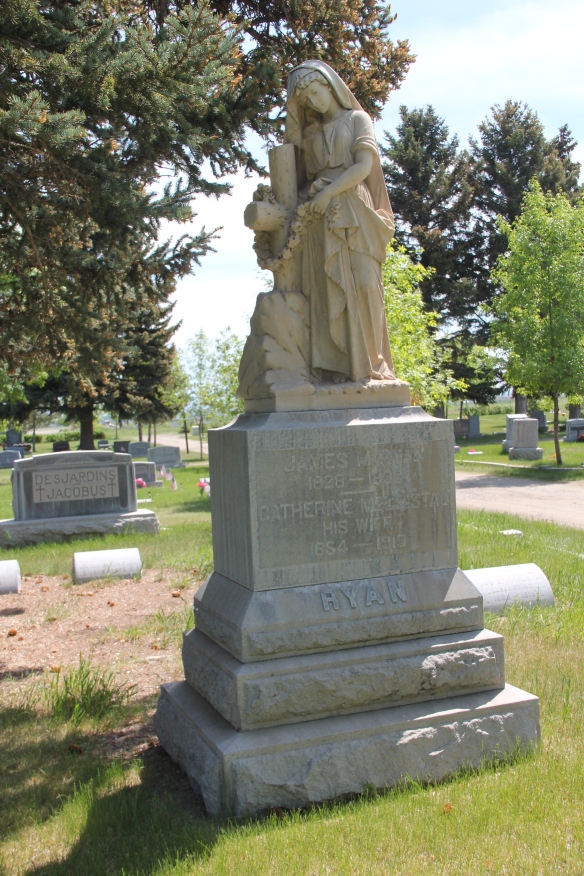 Thomas Cruse, who struck it rich with the Drumlummon mine at Marysville, had no qualms about proclaiming his significance and the grandest cemetery memorial in Montana bears his name.  Cruse already had put up at least one-third of the funding for the magnificent High Gothic-styled St. Helena Cathedral in downtown Helena.  At Resurrection, Cruse (who died in late 1914) was laid to rest in a majestic classical-style family mausoleum where his wife and his daughter were also interred (both proceeded Cruse in death).  The Cruse mausoleum is the centerpiece of Resurrection’s design. 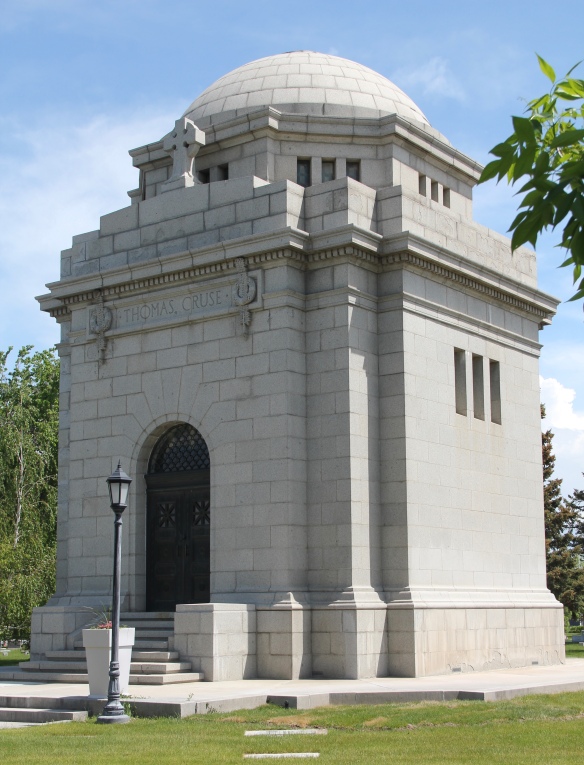 But the monuments for the rich and famous at Resurrection are the exceptions, not the rule.  In the historic half of the cemetery, most markers are rectangular tablet types.  The cemetery also has a separate veterans section. 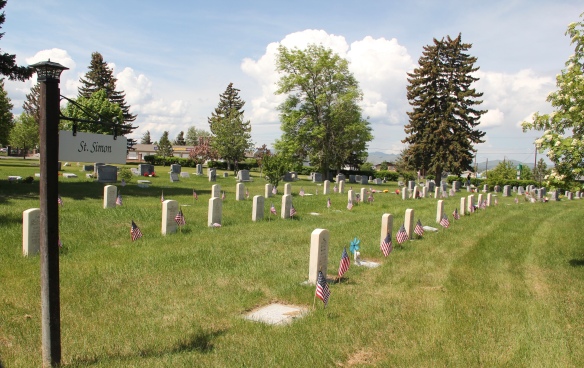