Terry, the seat of Prairie County, has long been one of my favorite places in the Yellowstone Valley. Stuck between the much larger, and more famed, Yellowstone towns of Miles City (to the west) and Glendive (to the east), Terry has somehow developed and kept its own identity as a western place, and landscape, that still speaks strongly to the patterns that transformed the region over the last 150 years: railroads, homesteading, cattle, and town building.

In 1984 I focused on the railroad imprint on the town, which began in the early 1880s as Northern Pacific officials understood the need for a railroad stop at place near the confluence between the Yellowstone and Powder rivers.

In 2013, however, the depot was gone from the tracks but not the town. It had been moved to become part of the solid Prairie County Museum, a local institution that was still quite new when I first visited in 1984. Located in the town’s most prominent neoclassical bank building from the 1910s, the museum was a place where I held a public meeting about the preservation plan process and found a community totally engaged with its past. 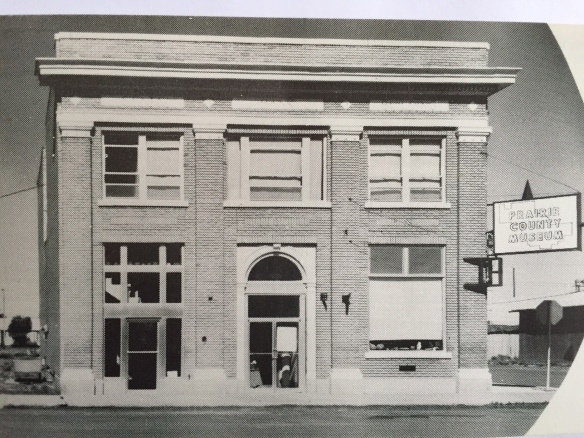 The museum highlights agriculture and ranching, and includes the Evelyn Cameron Gallery, which displays and celebrates the life and contributions of this important western photographer. One change I noted last year was the creation of the Evelyn Cameron Heritage Center, on Laudre Avenue just a few yards away from the museum, which is at the crossroads of Laudre and Logan Avenues.

That crossroads was another pattern in Terry’s landscape that caught my eye. Most Northern Pacific towns, originally, were symmetrical plans, with a long line of commercial buildings flanking one side of the tracks and grain elevators and warehouses on the other side. Terry, however, had a classic T-town plan, with the tracks creating the top of the T and then a main commercial artery, in this case Logan Avenue, serving as the stem of the “T.” 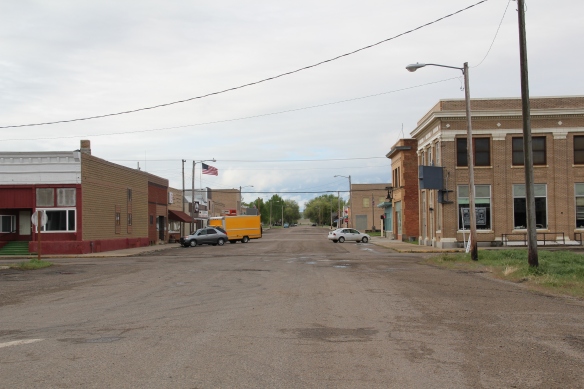 Why was Terry different? It is the impact of the Milwaukee Road as it built through the valley in 1906-1907. In 1984 there was still a second set of tracks, and a few scattered commercial buildings, to the north of the Northern Pacific mainline. Today two buildings remain along with the roadbed that marks this second period of Terry’s growth. 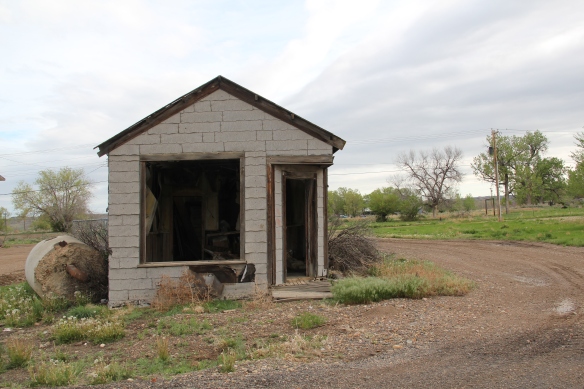 Just west of the “downtown” you can find the one still thriving institution associated with the Milwaukee Road impact on Terry: the Prairie County Fairgrounds, which once faced the Milwaukee’s main line. (I have discussed the fairgrounds in an earlier post.) 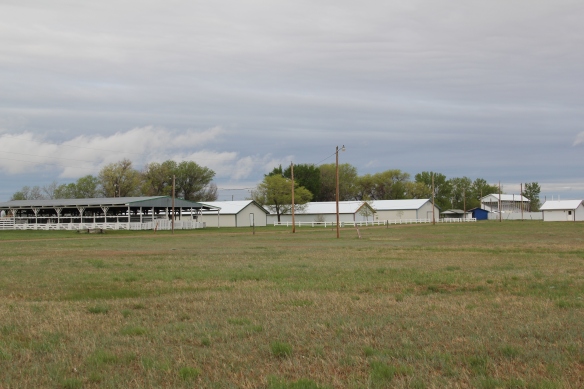 Another wave of change came to Terry in the 1920s as U.S. Highway 10 gave the town another transportation pattern. The highway’s crossroads with the original T-plan commercial artery is marked by a still extant somewhat Art Deco-styled brick gas station/ auto dealership.

The most recognized roadside landmark is the Kempton Hotel, a true rarity now for this section of the Yellowstone Valley as those rambling montage of buildings that once constituted places of rest and relaxation along the nation’s highways have largely disappeared from the landscape.
Then, just yards away, is another rambling montage of historic buildings, the schools of Prairie County, ranging from the large stately multi-story brick buildings of the early 20th century to more restrained modern buildings of the second half of the century.

At the edge of town are three different properties, all related to the need for highway transportation. The Dizzy Diner is a classic 1950s drive-in while the crumbling Terry drive-in also speaks to past patterns in popular culture. Then the Prairie County Grazing District Stockyards connects the present to the past traditions of stock raising in this region. 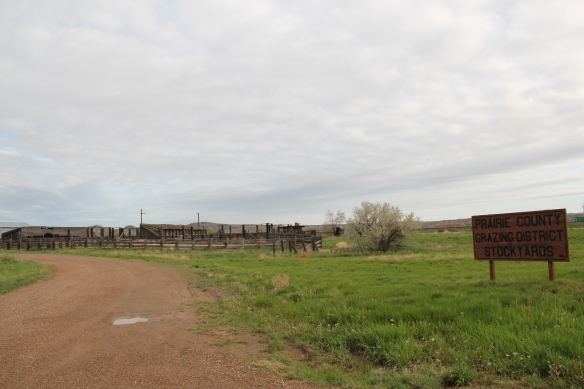 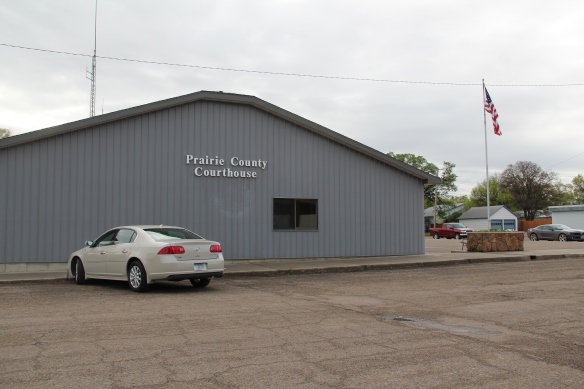 Terry’s population has dropped by a third since my first encounter with the town in the early 1980s. But new public investment, and a still commercially relevant “downtown” speaks volumes to the residents’ commitment and faith in this small yet significant Yellowstone valley town.