Plains is the second largest town in Sanders County, noted as the home of the county fairgrounds, the center of the local agricultural economy, and like Thompson Falls a significant place along the Clark’s Fork River and the Montana Highway 200 corridor. 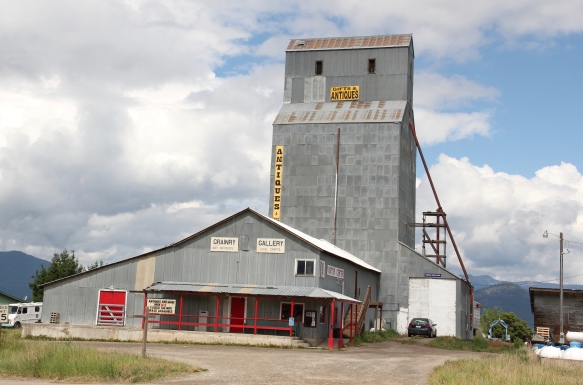 While the population was largely the same in 2015 compared to my last visit 30 years earlier, things had changed, such as the town’s elevator now served as the Grainry Gallery–an imaginative local adaptive reuse.  New churches, new homes, and new businesses had been established.  Yet Plains still retained its early 20th to mid-20th

century feel, be it in institutions, such as the local Grange above, or the continuation of the local VFW hall and bowling alley, below.

Among the biggest changes to this historic preservationist is the lost of the town’s historic high school from the first decade of the 20th century.  In a small park along Montana Highway 200, the cornerstone arch from the school was saved and now is a 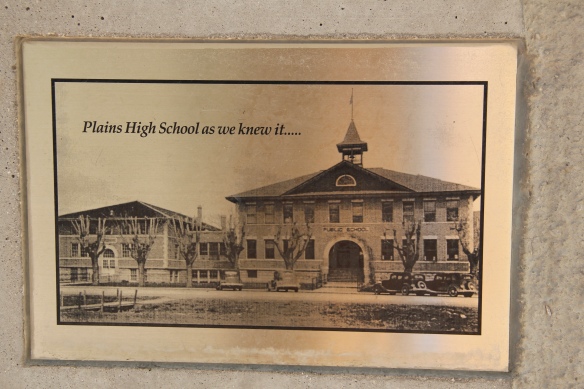 monument to that educational landmark.  Adjacent is the log “Wild Horse Plains” school, which has been moved to this spot and restored during the American Bicentennial.  According to local historians, the more appropriate name is “Horse Plains,” since the Salish Indians once wintered their horses here but the name “Wild Horse Plains” is the one that has stuck here in the 21st century. 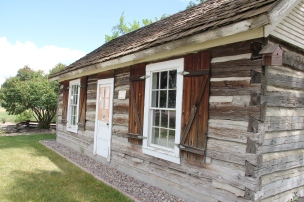 The Wild Horse Plains Women’s Club uses the old school for their meetings and keeps up the property and its landscaping.  Indeed, one thing you like about Plains–a railroad town from the turn of the 20th century–is its sense of pride, conveyed by places like the school park or in the stewardship shown to local historic homes. 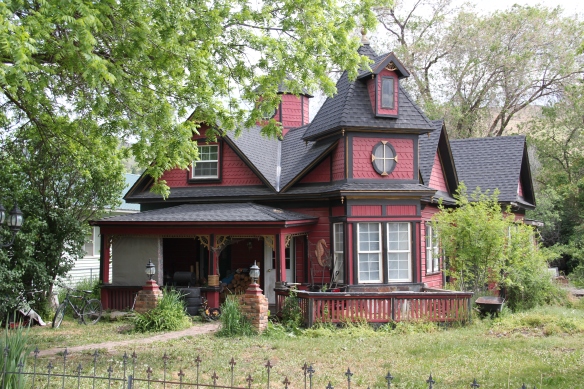 This same pride in place is also conveyed in our last Sanders County stop, the very different history of Noxon, near the Idaho border on Montana Highway 200. The Noxon Bridge was among my favorite northwest Montana modern landmarks–but in 1984 I thought little more about it because few things in Noxon were built before 1959-60. 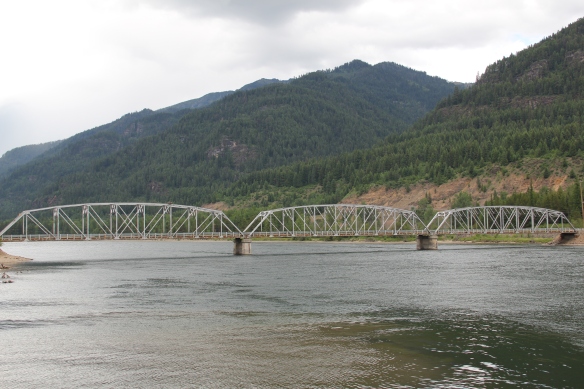 That was when the Noxon Hydroelectric Dam went in operation, transforming this part of the Clark’s Fork River into an engineered landscape shaped by the dam, power lines, and the reservoir.

The Noxon Dam was finished in 1959.  It is a mile in length, 260 feet in height and 700 feet wide at its base.  Its generators can power approximately 365,000 homes, making it the second-largest capacity hydroelectric facility in Montana.

Today visitors can view the dam from various parking areas and short walking trails, one of which passes over the historic line of the Northern Pacific Railroad. The property has interpretive signs about the history of the project as well as about the engineering of hydroelectric power. 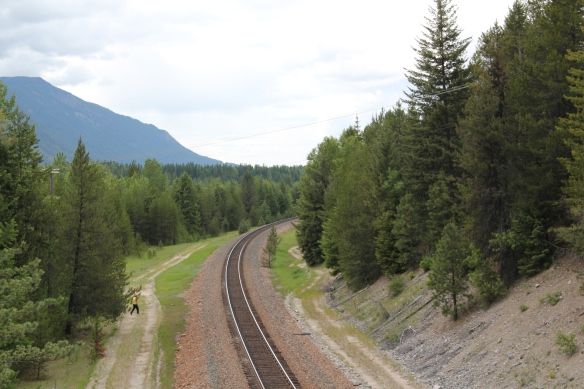 Along the banks of the river/reservoir, a much more recent public park has opened–with public sculpture reminding everyone of the Native Americans who once camped along the

river at this place.  By bringing the deep past of the region in view of the modern, this site is a new favorite place–wherever you are in Montana, and there are many modern engineering marvels–the Indians were always there first, using those same natural resources in far different ways. 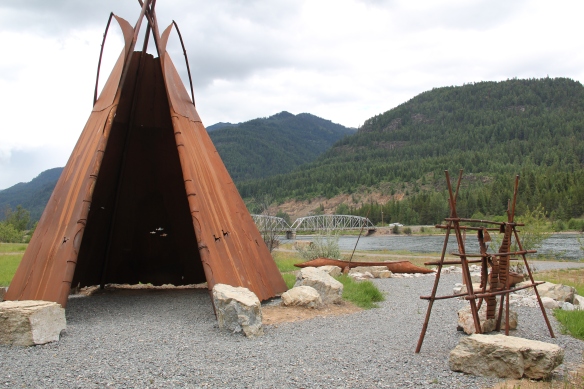