As the mines at Butte went into larger and larger production in the late 19th century, the railroads soon arrived to cart away the raw materials, and to deliver workers on a daily basis.  All three of the famed Montana transcontinentals built facilities in Butte–in a sense 100 years ago all lines led to Butte.  Remarkably, all three passenger depots remain today.   The Northern Pacific depot is now an events center.  The Milwaukee Road station remains a television headquarters. The Great Northern depot has been offices, a warehouse, and a bar. Its historic roundhouse also stands and it too has had many uses. 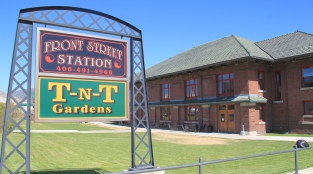 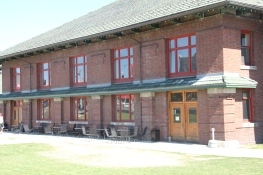 But in so many ways the real railroad story concerns a much shorter line–about 26 miles in length–but one with a big name, the Butte, Anaconda, and Pacific, designed by its founder Marcus Daly as a connector between his mines in Butte and his huge Washoe smelter in Anaconda. The BAP depot in Butte stood on Utah Street in 1985 but has been 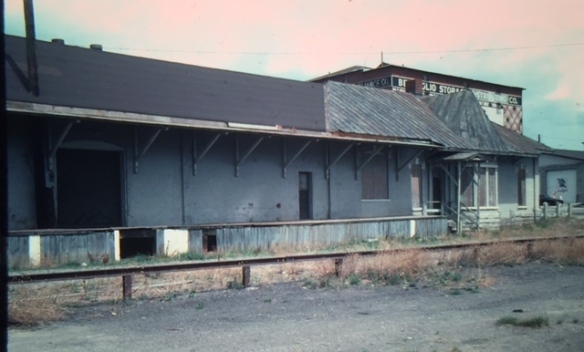 demolished, a real loss for the city’s historic fabric.  Completed in 1894, the BAP connected the two cities, and its historic corridor has been recently transformed into a recreation resource that also unites the two cities and their counties.  It is also a physical thread that ties together the Butte-Anaconda National Historic Landmark.

A railroad office building still stands in Anaconda, with its Romanesque arch creating an architectural theme between the office building and the BAP depot that is extant at its commanding position at the end of Main Street.  Anaconda’s basic layout was 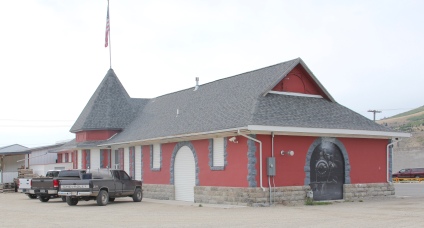 classic late 19th century railroad town planning:  the depot marking the entry from railroad to town and then the long Main Street of commercial businesses culminating in the lot for the county courthouse.

Anaconda is also home to the extant BAP roundhouses and shapes.  Like the Great Northern facility in Butte, the BAP roundhouses have had several uses, and there was a short-lived attempt to establish a railroad museum within one of the bays.  The future for this important railroad structure is cloudy.

Between Butte and Anaconda two small towns have important extant historic resources. Back in the 1980s I considered Rocker to be a must stop for the It Club Bar–and it is still there, flashy as ever.

But now there is another reason for a stop at Rocker–the preservation of the historic frame BAP depot and the creation of the Rocker Park trail along the old railroad right-of-way.  Again here in Silver Bow County we see a recreational opportunity established in conjunction with the preservation and interpretation of a key historic property.  The trail was just opening when I took these photos in 2012. 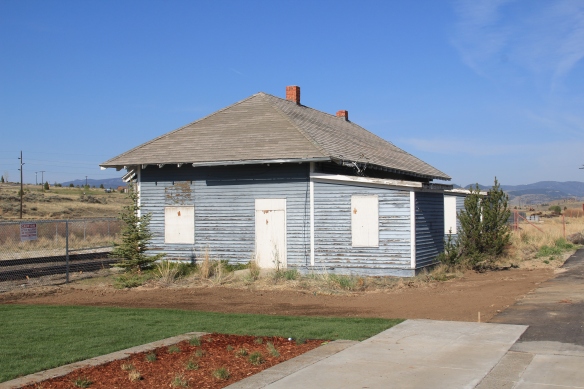 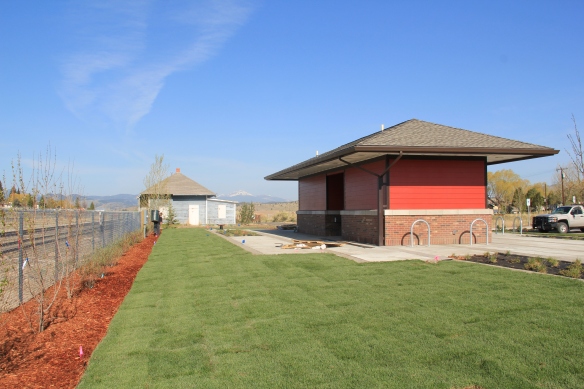 Ramsay is another town along the Butte, Anaconda, and Pacific, and served as a company town for the DuPont corporation which built a short-lived munitions plant there during World War I.  During the state historic preservation plan work of 1984-1985, historian Janet Ore was preparing a study and survey of the town resources, which was completed in 1986.  The town’s historic district was listed in the National Register of Historic Places in 1988. Ore noted the division between worker cottages and manager homes, and the general layout in keeping with what DuPont was doing in other states at that time.  Although there has been the loss of some contributing resources in the almost 30 years since the National Register listing, Ramsay still conveys its company town feel. Below are some of the extant cottages, different variations of Bungalow style, along Laird and Palmer streets. 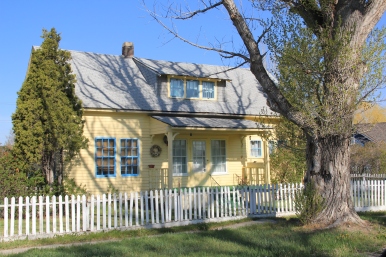 The superintendent’s dwelling is a two-story Four-square house, with its size, understated Colonial Revival style, and placement in the town suggesting the importance of the occupant. 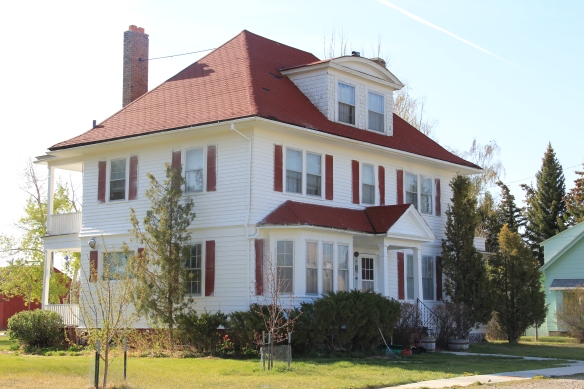 A few buildings also exist from the old powder works but most were torn away decades ago.  The pride of Ramsay today is its new school building, pointing toward a different future for the town in its second hundred years of existence.