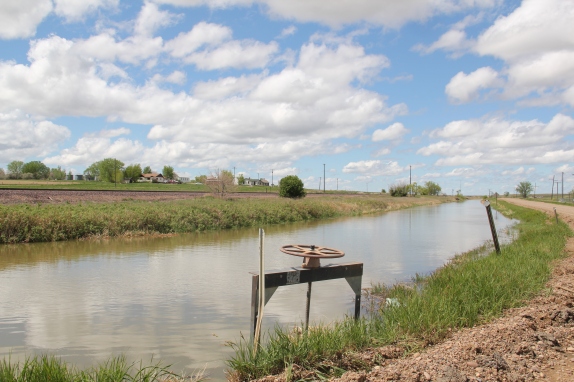 The U.S. Bureau of Reclamation’s Milk River Project is one of its largest and most significant in Montana; it was one of the agency’s first five projects carried out under the Newlands Reclamation Act of 1902. I have already briefly mentioned the project in regards to Fresno Dam outside of Havre. Now let’s consider the project and its impact on three much smaller villages: Dodson in Phillips County and Vandalia and Tampico in Valley County. All three were once major stops along U.S. 2, but a later re-routing of the highway bypassed Tampico and Vandalia, and not much is left decades later but the canals and ditches of this massive irrigation system.

Original U.S. 2 route between Vandalia and Tampico (to right is Great Northern roadbed)

The Bureau launched the Milk River Project in the first decade of the 20th century but due to disputes over who controlled the water (the Winters case) along with international negotiations with Canada since the Milk River basin passes through both nations, serious construction did not begin until the century’s second decade. The project area encompassed 120,000 acres, with 219 miles of canals, and hundreds more of secondary laterals and ditches. The water begins at Lake Shelburne at Glacier National Park, flows through the St. Mary Canal to the Milk River where then water is stored at Fresno Reservoir outside of Havre and then at the Nelson Reservoir between Malta and Saco.

Dobson developed as a major base for the Bureau. Nearby here was a major diversion dam, and bureau officials established a regional headquarters at Dobson in the 1910s. 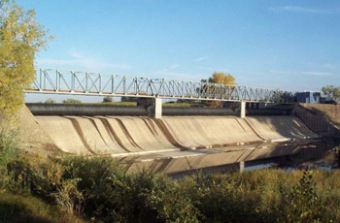 This impact of the federal agency is still reflected in the impressive two-story brick high school, the magnificent Phillips County Fairgrounds (discussed earlier in this blog), and the fact that such a small town has impressed contemporary styled churches from the 1950s. I was very impressed with the quality of the town’s built environment, considering its size, when I visited here in 1984. 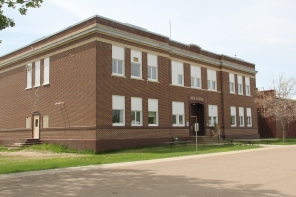 But in the mid-1990s the Bureau left Dobson for a more centralized regional office in Billings, hundreds of miles to the south. Dobson’s emptiness was shocking in 2013–even the iconic (and once very good) Cowboy Bar had shuttered its doors. 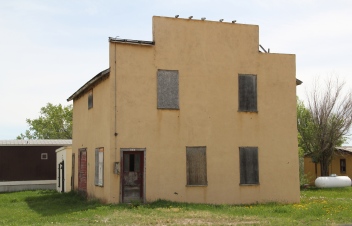 Dodson now is entering the same fate suffered by its neighbors to the east, Vandalia and Tampico. Although trains still rumble by on the former Great Northern route, these two towns lost their highway connection when U.S. was re-routed to the north. Ever since they are slowly ebbing away. Vandalia was another location of a Bureau diversion dam on the river along with a historic steel bridge from 1911. The dam remains but the bridge is gone. 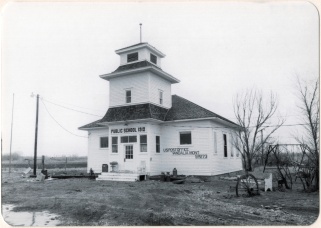 In 1984 I loved the historic Vandalia school (1912) and had a good conversation with folks there–the school was closed but now it was a post office and still very much a community center, competing with the bar next door. Now both businesses are closed.

Tampico lays just south of both a major canal and the railroad tracks. A scattering of buildings marks its existence. 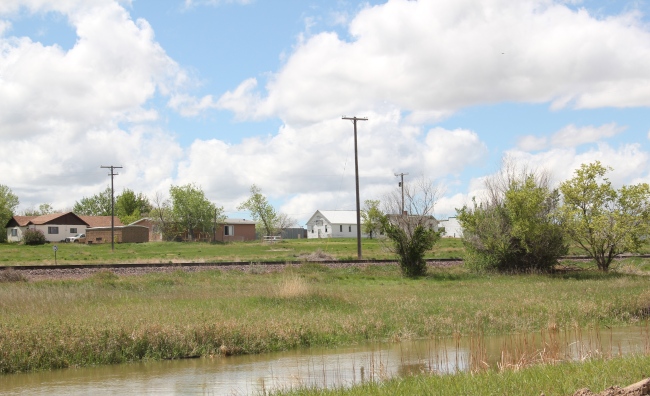 The water still flows through the Milk River project but the towns it once nurtured are becoming fainter with each passing year. But it is not without promise:  later we will visit the Nelson Reservoir and what is happening at Sleeping Buffalo Hot Springs.  Next is Malta, the seat of Phillips County.