The most popular Montana gateway into Yellowstone National Park is at Gardiner, in the southern tip of Park County.  Here is where the Northern Pacific Railway stopped its trains, at a Rustic styled passenger station long ago demolished, and travelers passed through the gate above–designed by architect Robert Reamer–and started their journey into the park.

By the mid-20th century, Gardiner had become a highway town, the place in-between the beautiful drive through the Paradise Valley on U.S. Highway 89 (now a local paved road) 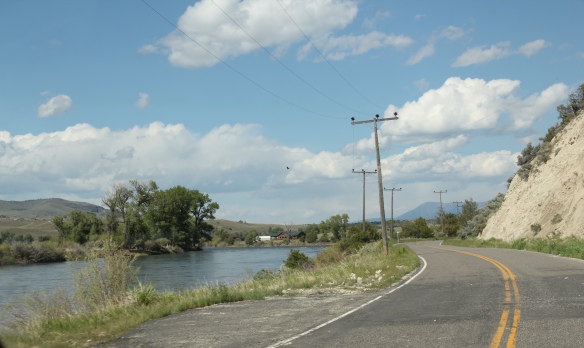 to the northern edge of the national park boundary.  Here at Gardiner, there are two rather distinct zones of tourism development.  On the north side of the Yellowstone River along U.S. 89 is a mid to late 20th century roadside landscape, including such classic bits of roadside architecture as the Hillcrest Motel and Cabins, the Jim Bridger Motor Lodge, and the Absaroka Lodge as well as a plethora of other visitor services 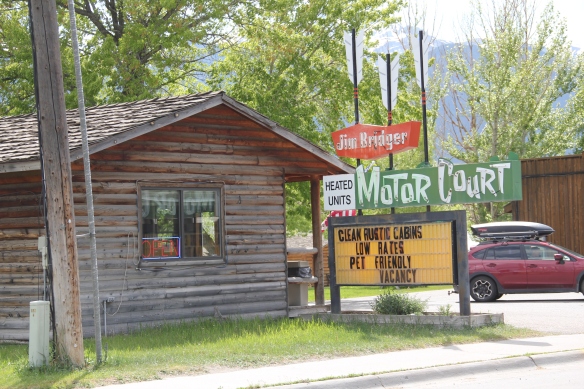 On the south side river, closest to the park entrance, is an earlier layer of commercial development, ranging from the turn of the 20th century to the early years of the 21st century.  A major change in the last 30 years is how this section of town has been remodeled and rebuilt (such as the modern Rustic style of the Yellowstone Association building below) with a wholly new streetscape and road plan installed c. 2015. 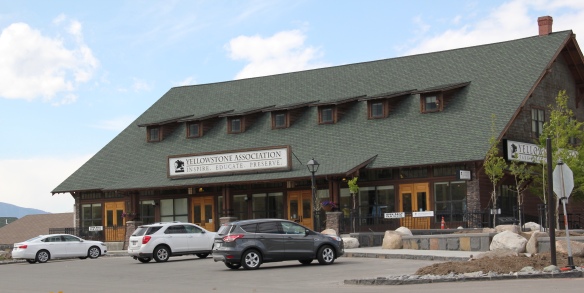 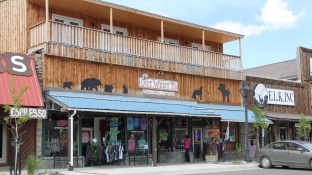 Yet, mixed in with all of tourism businesses, are community institutions that have served local residents for decades.  My favorite is the Gardiner Community Center, built in 1910 as an opera house but transformed into a community building by the Fraternal Order of Eagles when it took over the building’s management in 1928.  The building has served the community as a school, with basketball games in the large open hall, and then for many other community functions and as home to the local WFW chapter.  The Greater Gardiner Community Center acquired this landmark in 2015 and is developing plans for its restoration and revitalization, good news indeed. 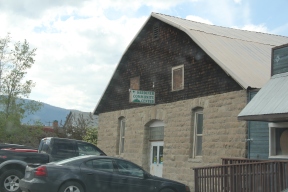 Another key community institution with Gardiner’s trademark stonework comes from the second half of the 20th century, St. Williams Catholic Church.

Recent and on-going local efforts to re-energize the historic town should meet with success, for there are significant historic commercial buildings, dwellings, and public buildings on both sides of the Yellowstone River.

The plan to develop a new Gardiner library at the old Northern Pacific depot site at part of the Gardiner Gateway Project is particularly promising, giving the town a new community anchor but also reconnecting it to the railroad landscape it was once part of. Something indeed to look for when I next visit this Yellowstone Gateway.