Lake County, Montana, easy, right?  It’s all about the lake, the Flathead Lake.  It is a lot about the lake, but not a simple story but one that is ancient and 20th century, and one that has changed quickly in the last 30 years.  When I first visited the county in the early 1980s, our concern as preservationists was the boom that engulfed Lake County in the 1970s, a decade when the population grew by over 30% after being fairly stable for the 30

years before that. Lakeside communities had boomed, with the actual town of Lakeside just north of Lake County in Flathead County being a good example of what was going on then, and what has happened after 30 more years of growth. The historic church on U.S. Highway 93 remains as a landmark, along with the roadside Homestead Cafe, which didn’t exist when I was last here in 1985 but was established four years later.  That makes it almost historic in Lakeside terms. 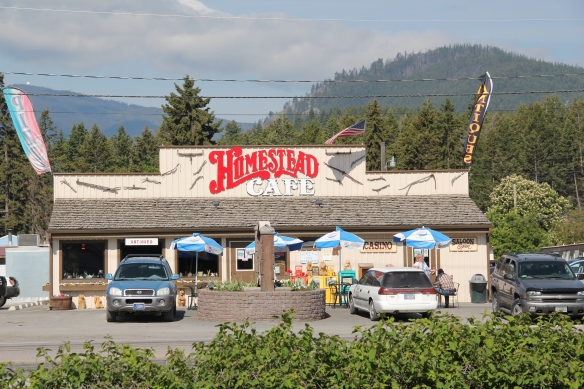 There is a new school and a really different lakefront of businesses, homes, and parks. The town’s population was over 1600 in 2010; it’s now 2700 and counting. 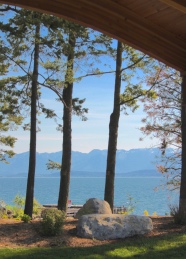 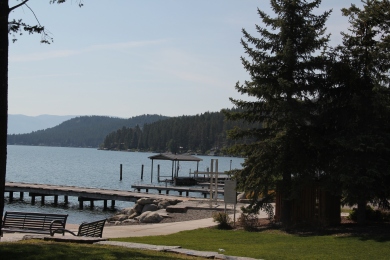 Let’s jump back from Flathead County to Lake County and the southern half of Flathead Lake.  Here the west side is not so booming.  The Big Arm community has restored its historic one-room school, an excellent example of the type with its band of windows,

which is listed in the National Register and uses it as a community and heritage center.  Here is one rural school not threatened with abandonment and decay.  The Dayton school

shows significant expansion since my last visit–although the historic core is still apparent.  Both towns have lovely views of the lake but have not experienced the boom of Lakeside located farther north on the west side of Flathead Lake.

To get the full meaning of Flathead Lake, however, you have to consider the lake’s deep time, and its long history with the Salish and Kootenai peoples.  When I surveyed the county in 1984-1985, you came away impressed with the different vision that the tribes had for the region, and what was already happened at Pablo. In 2014, however, I left Lake County was a deeper impression on what the tribes have meant to the lake and vice versa. 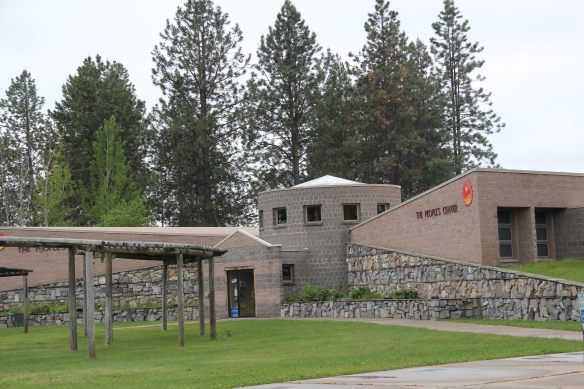 The People’s Center at Pablo is part of that lesson as it affords a powerful, lasting introduction to both the history and continuation of tribal traditions.

Then there is the site of Fort Connah south of Ronan on US Highway 93. Here is  1846 log building, part of a Hudson  Bay Company post that operated to 1872.

Perhaps just as important are the signs along U.S. Highway 93–they weren’t there 30 years ago, and they help today to imprint the region with the names used by the tribes to describe these beautiful, historic places.

Then there are the wildlife crossings, a design ensuring safety in the eyes of the Montana Department of Transportation, an engineered structure design to show dignity and respect to the animals who were here long before the people in the eyes of the Salish and Kootenai. 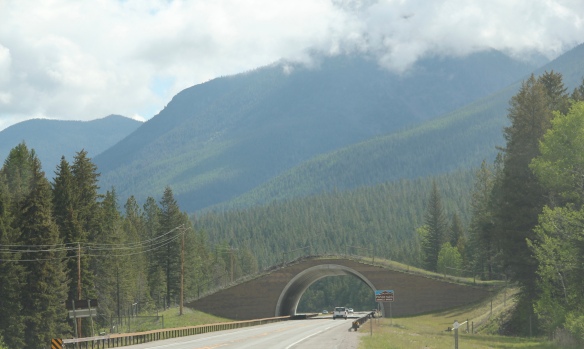 These structures, some grand, some you might not even notice, are major changes to the roadsides of Montana.  And you want to see more.

Not that the tribes did not make an imprint on the landscapes of Lake County–they were everywhere.  But now with structures like the elevated walkway at Pablo, their physical imprint can’t be missed by residents, and especially tourists.  That is one of the best developments in the Montana landscape over the last 30 years.