The two lanes of U.S. Highway 89 as it winds northwest from Choteau to the southern boundary of the Blackfeet Indian Reservation, cross a stark yet compelling landscape, a jaunt that has never ceased to amaze me. To those only with the mountains of Glacier National Park in their minds will see merely open land, irrigated fields, scattered ranches.

But there’s a deeper landscape here, some embodied in the tiny towns along the way, others in places just ignored, certainly not recognized. In the first post of 2016, and the 200th of this series of explorations of the Montana landscape, let’s once again look a bit harder.

For one, this is a landscape shaped by Cold War America.  Nuclear missile silos were installed throughout the region with some easily accessible from the roadway.  You wonder  how many tourists realize that.

The federal imprint has lingered on this land for almost 150 years.  Today north of Choteau this highway historical marker, and a lonely boulder set square in the adjacent field, mark the first federal intrusion, the creation of the Teton River Agency, where in 1868-69 the federal government established its reservation headquarters for the Blackfeet Indians.  The agency was only here for about 7 years but this spot was where the first white-administered schools for Blackfeet children began, in 1872.

Irrigation systems would be a third federal imprint on the landscape and it came early to this region–through the Reclamation Service’s Valier Irrigation Project–but to find that place you need to venture a bit east of U.S. 89 to the town of Valier, on the banks of Lake Frances, which was created as a reservoir for the irrigation project.

Valier has never been a very big place, but its investors in 1908, including William S. Cargill of the powerful Cargill family of Wisconsin (today’s Cargill Industries), had high hopes that the engineered landscape could create a ranching and farming wonderland. 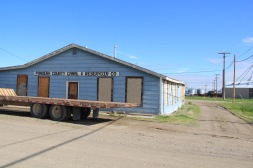 The investors funded the Montana and Western Railroad, a spur to connect the project to the Great Northern line to the east.  The depot was still here in 1985 but is now gone.  Local residents spoke to the hopes for the town through the construction of the landmark Valier Public School, built of locally quarried stone in 1911.

Listed in the National Register of Historic Places, the school remains in use today, as a bed and breakfast establishment. Even though Valier never reached the dreams of the Cargills and other outside investors, it has been a stable agricultural community for 100 years–the population today is only 100 less than what the census takers marked in 1920.  Valier has that

physical presence, that businesses may be changed but that they are still there, which is often missing in other plains country towns.  There is a sense of identity too, expressed by the town’s sign, and the obvious pride in the public school and the town’s civic center.

Valier is the exception to the towns between Choteau and Browning on U.S. Highway 89.  Bynum, Pendroy, and Dupuyer, are more than dots on the map but not much more than that. 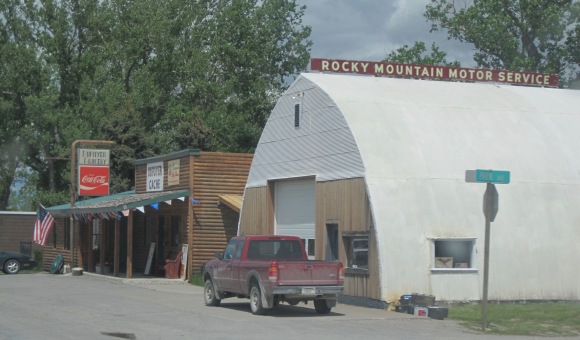 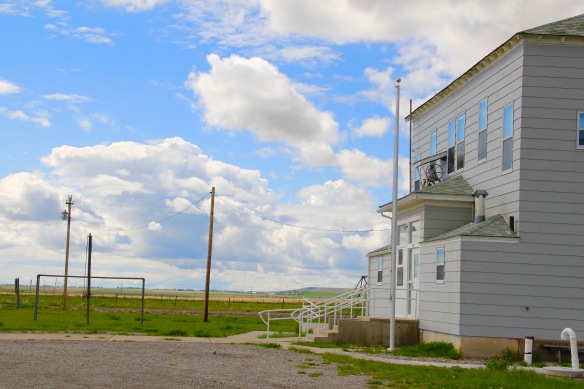 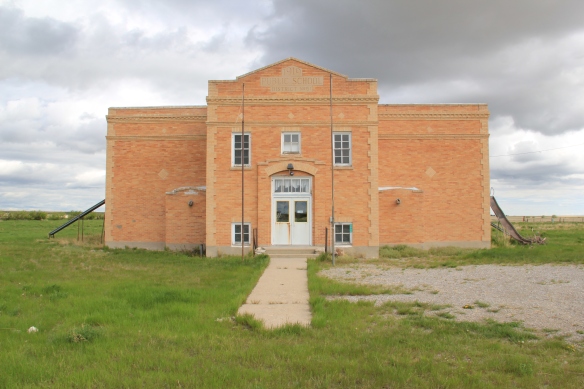 Heritage tourism also remains alive along U.S. Highway 89, and for those travelers who slow just a bit there is now the Two Medicine Dinosaur Center at Bynum.