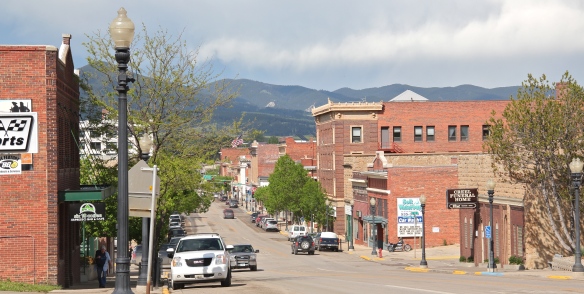 Lewistown, the seat of Fergus County, has been a hub for trade and government for eastern Montana since the 1880s.  Beginning as a trading post, the town next served as a crossroads for traffic going to short-lived precious metal mines at Kendall, Maiden, Giltedge, and other places.  Cattle ranches, such as the famous DHS Ranch and the N-Bar Ranch, also surrounded the place.  By the turn of the 20th century, the town had over 1,000 residents.  But by this time, railroad companies eyed the area for possible agricultural development, and within 20 years Lewistown had boomed–gaining six times its population–and a fascinating array of commercial and public buildings in the wake of the population growth.

The Great Northern Railway not only an understated Classical Revival depot on one end of the town, it also expanded lines throughout Fergus County like tentacles desperate to grab as many wheat crops as possible.  The depot remains today, converted into a convenience mart and gas station (an adaptive reuse you do not commonly find for railroad depots).  On the other end of town stands the other major line–the Milwaukee Road–devoted to the homesteading rush in Fergus County.  It built an even grander

complex as a statement to its wishful dominance of the agricultural trade.  Shortly after the closure and bankruptcy of the line in the late 1970s and early 1980s, the depot became a large adaptive reuse project, turning the Milwaukee Road complex into the Yogo Inn and convention center, where, in 1984, I attended the Montana Historical Society statewide history conference.

The bloom grew stale over the decades and when I visited in 2013, the Yogo was clearly on life support; I was encouraged in May 2015 to find renovations underway–maybe there will be a third life for this Milwaukee Road landmark in Lewistown.

The Great Northern and the Milwaukee created the transportation network that brought homesteaders to central Montana by the thousands. Merchants, bankers, and craftsmen then rebuilt the downtown from 1904 to 1916, and much of that flurry of construction still serves residents today in the central business historic district, which is listed in the National Register of Historic Places. 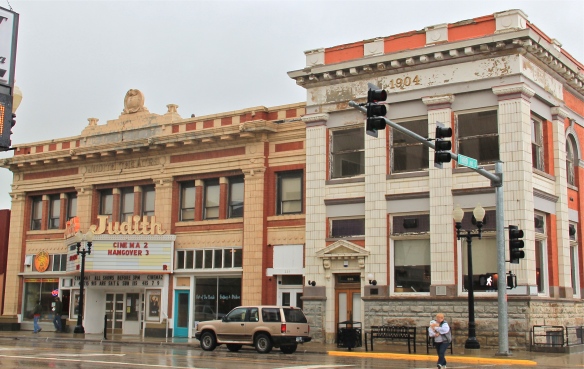 Classical Revival was the architectural statement of choice to this new Lewistown taking shape along Main Street.  The architects of the Montana State Capitol, Bell and Kent, designed a new Bank of Fergus County (above, on the right) in 1904.  It received another layer of classicism in the pilasters a decade later when owners wanted to match the flashy Judith Theater (1914), certainly one of the great examples of Beaux Arts design in a small Montana town movie palace.

By 1916, however, bank officials were ready to support the town’s most complete interpretation of Classical Revival design in the new Montana Building, designed by the firm of Link and Haire.  The bank seemingly had few limits in front of it–homesteaders still arriving and agricultural prices were high.  But the boom went bust in the early 1920s and by 1924 the building had new owners, the First National Bank.  It has remained home to financial institutions ever since. 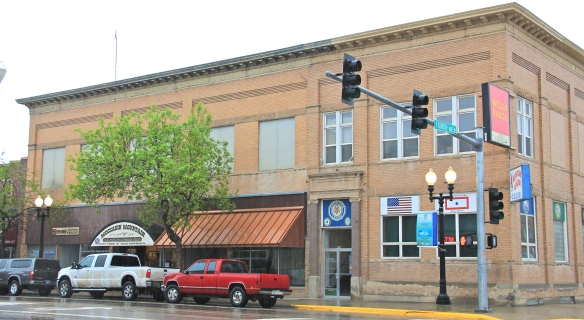 The splashy Beaux Arts classicism of the banks and theater catch your eye but much more common are two-story commercial blocks, often with a more understated classicism, where retail businesses used the first floor and professionals occupied the second.  The town had a several gifted craftsmen who left their mark in these buildings and others. 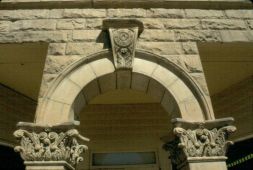 Croatian stonemasons left impressive stone Romanesque arches at the Masonic Lodge, a detail I photographed in 1984 (left) and 2013 (right).  The building itself is a dignified statement of both craftsmanship and purpose, combining both classical and Romanesque elements using locally available stone.  It’s one of my favorite buildings in town.

Not far away is the I.O.O.F. Hall, from 1914.  Here is an even later example of Romanesque arches highlighting a building that is both a fraternal lodge but also valuable retail space. 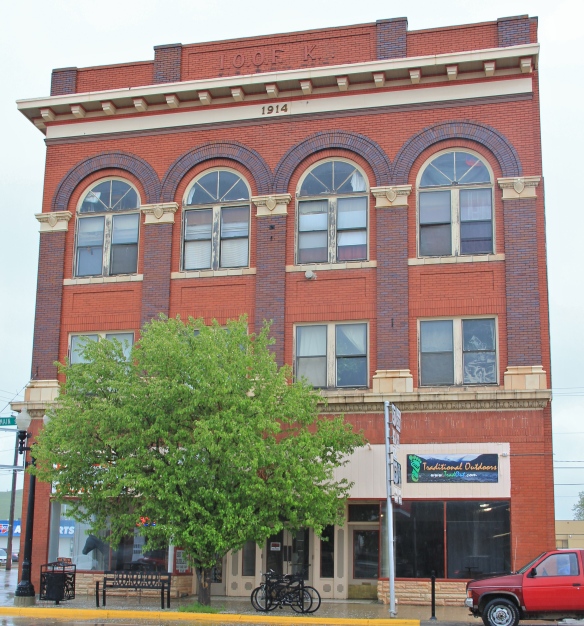 Be they multi-story or just one-story commercial businesses, this set of commercial designs convey so strongly the promise of early 1900s to thousands of Montanans.  Lewistown’s population had reached 6,000 by 1920–that generation would be shocked to know that remains the population today. Much more on Lewistown to come.

2 thoughts on “Lewistown: at the heart of Eastern Montana”