Nashua is the eastern most town of Valley County, Montana, located where Porcupine Creek empties into the Milk River.  Its history mirrors those of many towns along the Hi-Line:  it too began as a Manitoba Road town in 1888-1889. The tall grain elevators that still dominate the townscape, as they did in 1984, document the days when the rails carried everything as does the moved and repurposed Great Northern Railway depot, not a Senior Citizens Center. 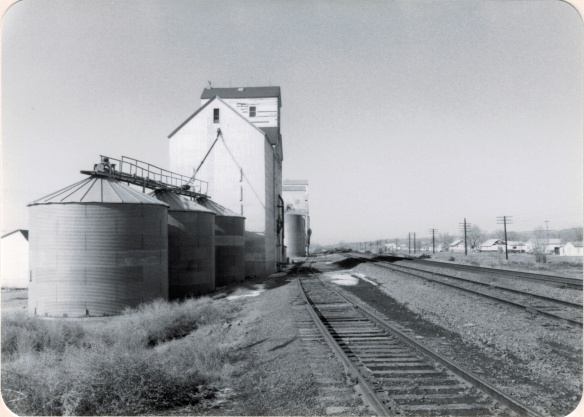 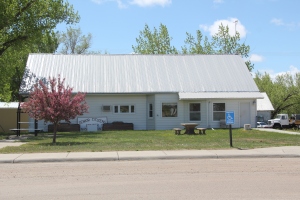 Nashua is also a gateway along U.S. Highway 2 to the region’s New Deal era history, especially the construction of Fort Peck Dam and Reservoir.  As an eastern gateway to the dam, Nashua reached its peak population of over 900 in 1940 as the project neared completion.  Today less than 300 make Nashua home.  One key New Deal survivor–the 1935 school (with later additions)–is home to the Porcupines, and serves still as a community center. 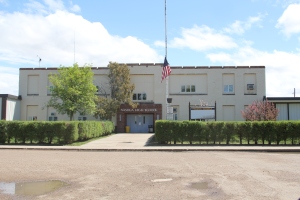 Another building in Nashua, the Civic Center, also looked New Deal in its origins, indeed similar in shape (but not materials) to the WPA-constructed civic center in Glasgow.  But in finding out the history of this building, I also found the story of a man and family who shaped Nashua in the post-World War II era. 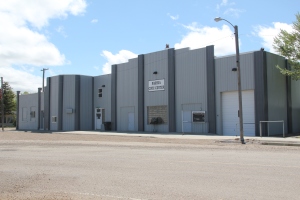 Victor Dostert (1886-1961) is a Montana small town example of a “civic capitalist,” a topic that I explored at length in my book Capitalism on the Frontier (1993).  He came and homesteaded south of the town along the Milk River during the boom of the 1910s but when the bust came in the 1920s Dostert, his wife Anna, and their three sons stayed, making their mark with construction projects (from a theater to the Catholic Church) and taking advantage of the thousands of construction workers passing through by building and operating Vick’s Bar in 1935. 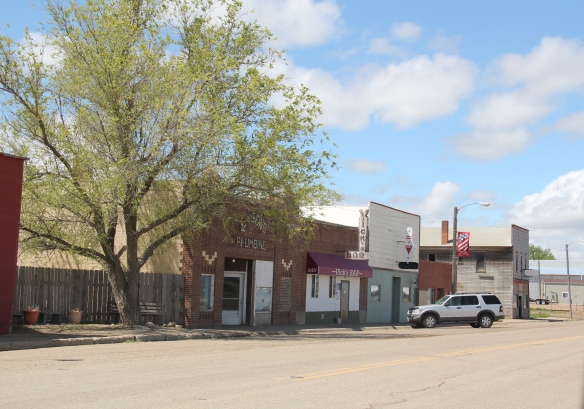 Then in 1957 the family added a adjacent Bowling Alley–and both institutions were still going when I visited in 2013.  The Civic Center, however, was Dostert’s crowning civic achievement.  He designed the building and had it constructed during his period as Nashua mayor (1945-1951).  It housed a movie theater as well as provided community meeting space. And as a community gathering point it anchors the adjacent Lion’s Park and is busy throughout the year, an anchor of identity for the dwindling population of eastern Valley County. 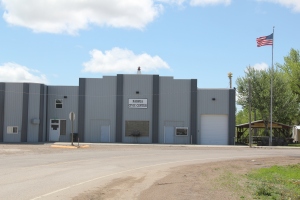 18 thoughts on “Nashua, Montana: stories of a railroad and a man”