Nestled where Montana Highway 287 encounters U.S. Highway 287 in the southern end of Madison County, Ennis has changed in significant ways in the last 30 years. Its earlier dependence on automobile tourism to Yellowstone National Park has shifted into the favor of population growth and development in this portion of the county.

The iconic Ennis Cafe, always a favorite place back in the day of the statewide work, remains, with a new false front emphasizing the wildlife and open spaces of this area.   That place, along with several classic watering holes, served not only locals but the

motoring public headed to Yellowstone.  The Riverside Motel is a classic piece of roadside architecture from the 1950s, and the place where I stayed in 2012 during the Ennis work.

But now Ennis abounds with signs of more recent prosperity.  A town of 660 residents in 1980 now has 838 and counting in 2015.  New, more architecturally distinctive buildings potmark the town.  The First Madison Valley Bank is a blending of Prairie and Rustic styles, with exposed log walls, updated for the 21st century.

While the local city hall may have only a recent faux paneling update to its exterior, the Madison Valley Public Library is another 21st century interpretation of Rustic style. 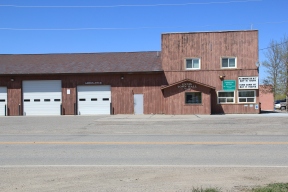 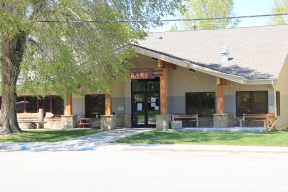 Most interesting is the amount of public sculpture found throughout the town.  Designed to delight the visitor, and to convey a sense of the long standing traditions of recreation and ranching in the community, the sculptures comes from such talented artists as Jim Dolan, Dave Clarke, and E.C. Lyon, among others. 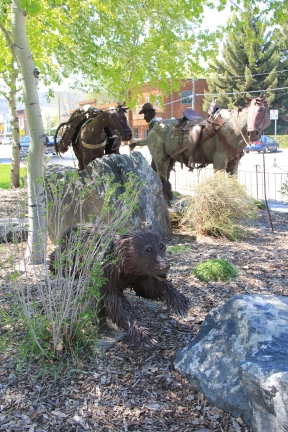 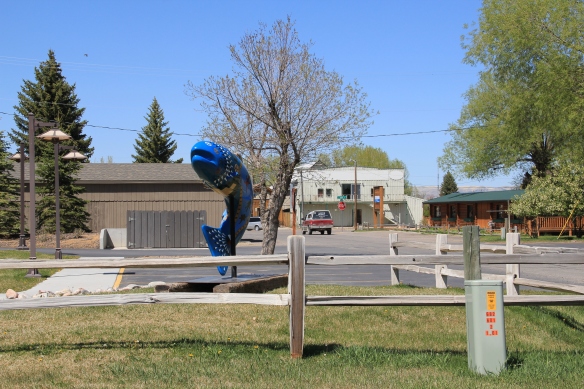 New bars, restaurants, and medical center have been established, again more architecturally distinct for the Yellowstone visitor, and fly fishing devotee, of today.

South of Ennis Jeffers, once a cross roads town for traffic to the park.  It is now just off of the highway, and it retains several worthy historic buildings, centered around the turn of the 20th century Trinity Episcopal Church and the Jeffers Inn. But the crossroads village 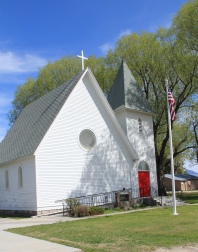 also has captivating Queen Anne-style houses, false front stores, enough of a physical history left to suggest that it was bubbling with activity over 100 years ago. 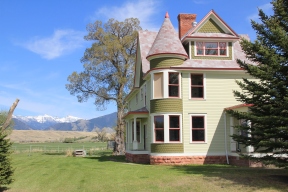 U.S. Highway 287 is the modern two-lane road that runs along the Madison River and it heads into the national park.  The route also passes along some of the finest fly fishing of the Madison River Valley.  The Old Kirby Place fishing lodge (c. 1885) was once a toll gate, lodge, and dwelling.  Adjacent is the historic Hutchins Bridge (1902), a steel truss bridge 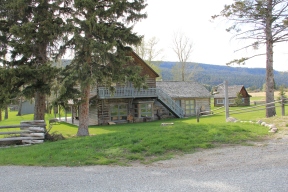 that was once the primary river crossing for the increasing number of tourists coming down the valley to reach Yellowstone National Park.  It is listed in the National Register of Historic Places.  Not only is the bridge a major landmark for those who fish, it is also part

of a section of the highway where you will encounter magnificent views of the Madison River Valley and open ranch lands. 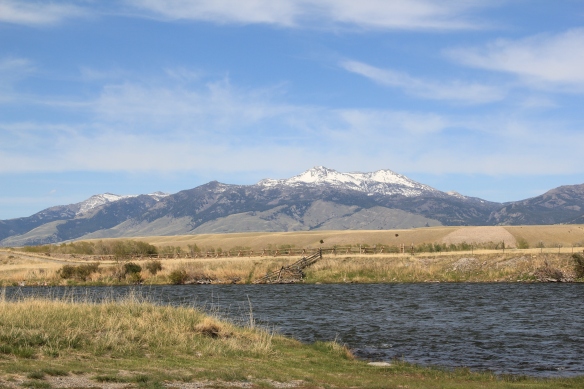