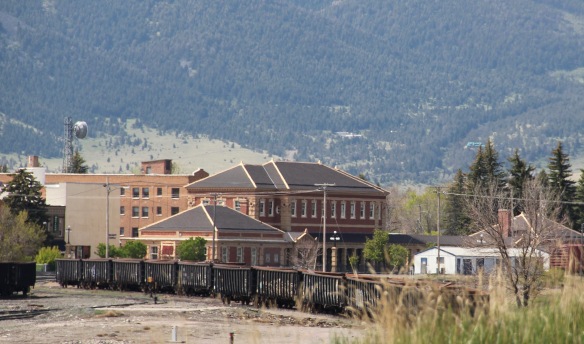 Livingston was one of the Northern Pacific Railroad’s most important division points.  Not only did the massive and architecturally ornate passenger station, discussed in the previous blog, serve as a gateway to Yellowstone National Park, it contained various company offices, serving as a nerve center for the thousands of miles of railroad line.  If you do the typical tourist thing in Livingston, you pay attention to the depot and the many late 19th and early 20th century buildings south of the tracks.

But to find where the real work of the railroad took place, you have to locate the underpass that takes you to the north side of the tracks, and the extensive Northern Pacific railroad shops.  This area is not as busy as it once was, but enough buildings remain and enough activity takes place 24-7 that you quickly grasp that here is the heartbeat of the line.  In the photo above, one early shop building, the lighter color brick building to the right center, still stands.  Most others date to the line’s diesel conversion in the mid-20th century. 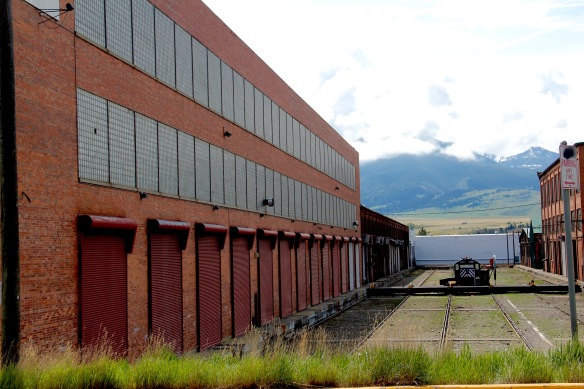 With the mountains to the south, and the outlines of the town visible as well, the shops are impressive statements of corporate power and determination, and how railroads gave an industrial cast to the landscape. 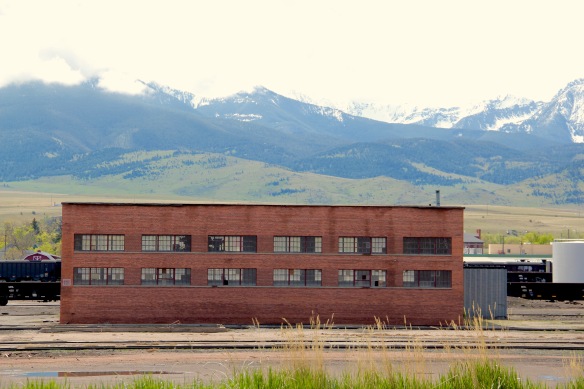 The north side, in many ways, was a separate world.  Here the homes may date to the Victorian era too, but they are not the stylish period interpretations found in numbers on the south side.  Rather they are vernacular styled cottages, or unadorned homes typical of America’s turn-of-the-century working class. 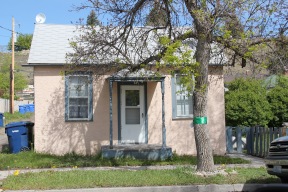 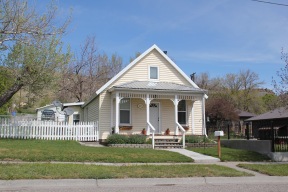 That quality carried over to the public buildings on the north side.  Its public school is an attractive building, reflecting standardized school design of the early 20th century but is built out of concrete block, resembling masonry, and not constructed of brick as the classically styled Lincoln School of the south side. 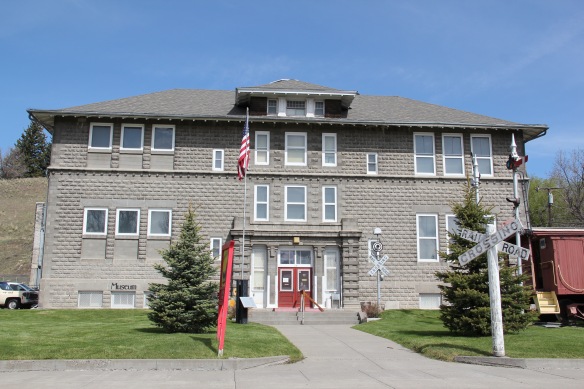 The school was converted into a community museum some 30 years ago, and if you visit the grand passenger station, you also need to stop at the school, to get a fuller picture of Livingston, the railroad town. 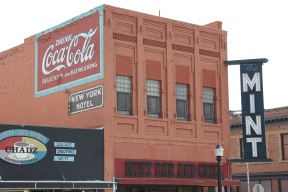 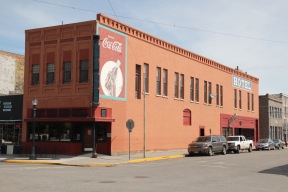 The railroad town theme is so dominant, that it can be overlooked even on the south side.  Let’s return there and look at some of the town’s more iconic commercial buildings, which, back in the day, served as railroad hotels, like the New York Hotel above, now much better known as the Mint Bar.

The above block of commercial businesses was once better known as the Montana Hotel while the block below, called the Hiatt Hotel in more recent years, was the Park Hotel, opened in 1904 to take advantage of increased tourist business due to the new Northern Pacific depot.  Noted Montana architect C.S. Haire was the designer. 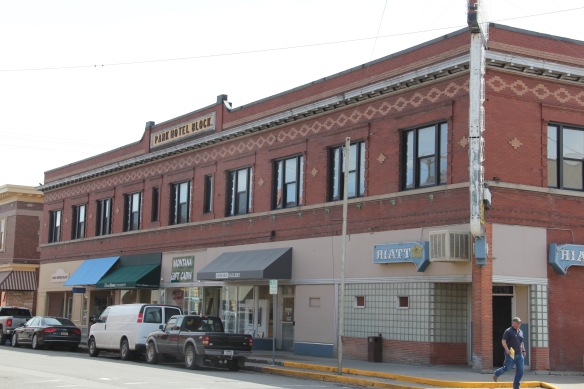 These buildings served tourists in the summer months but throughout the years they relied on the “drummer” trade.  Drummers were a word used to describe traveling businessmen, who rode the rails constantly, stopping at towns large and small, to drum up business for their companies.  They too, like the machine shop workers on the south side, were a constant presence on the railroad lines of 100 years ago, and helped to make the lines hum with their travel and their stories.