Reedpoint, a tiny Yellowstone Valley town located between Columbus to the east and Big Timber to the west, typically never makes the news, except when a forest fire sweeps near the town boundary, as was the case a few years ago, or when it is Labor Day Weekend and the state’s big newspapers arrive, along with thousands of others, for the tongue-in-cheek “Great Sheep Drive” through the town’s main street.

But the Great Sheep Drive, which has now been around for a generation, is more than what keeps Reedpoint on the map, and surviving.  The Reedpoint Community Club, established in 1979, keeps the community together and looks for opportunity.  Historic buildings such as the ones above and below have been remodeled or renovated for new uses, reflecting the railroad’s town greatest prosperity in the early 20th century.

The local dive bar comes alive on weekend, when anglers come in greater numbers to fish along the Yellowstone.  Its ramshackle appearance is new “Old West” at its best.

The Reedpoint School–a photo of the older historic building is featured here–remains a key to the town’s survival and its future.  With somewhere south of 200 residents, good schools are a must or the sinews of the place come apart.

So too are community institutions important.  The local library is small but still there, a place of valued interaction between young and old.

I worry about the historic Occidental grain elevator.  For 30 plus years I have roared past this place going to and from Billings, but the elevator was a landmark.  Not only did it link 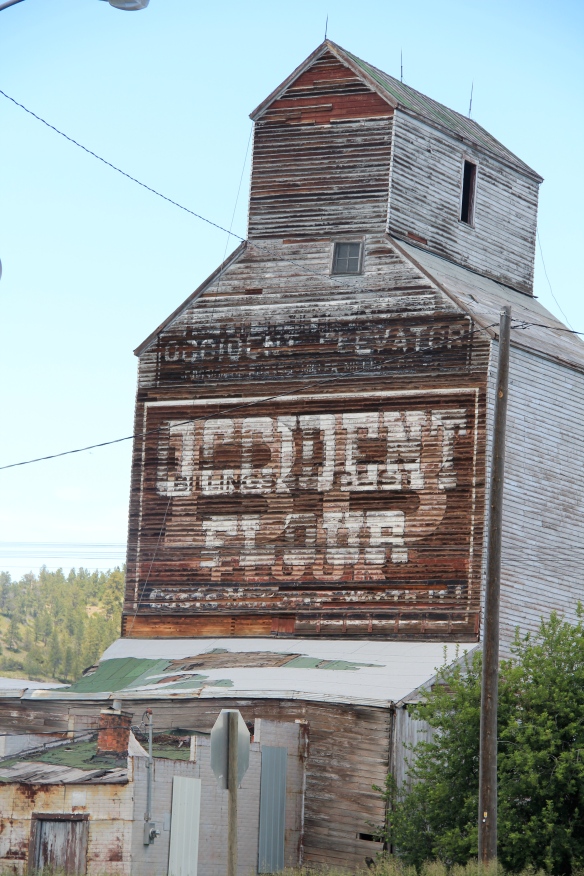 the homesteaders of 100 years ago to the railroad, it also linked whatever grains from this part of the valley to that worldwide market accessed by the tracks of the Northern Pacific Railway.  Some years ago the old depot was moved off

the tracks and found a new life in town.  That conversion is not so easy with an elevator.  When this tall landmark goes so too does a key part of Reedpoint’s history, and yet another link to its origins as a Northern Pacific railroad town.