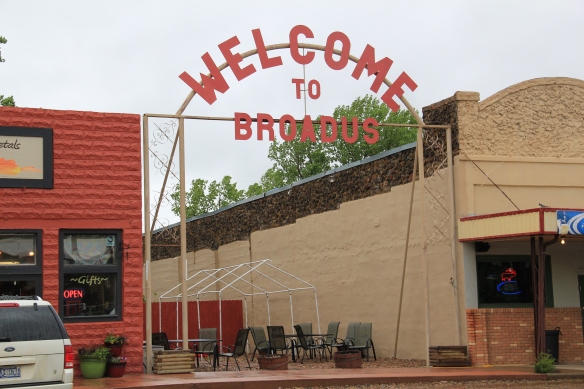 When I was able to carve some extra fieldwork in my limited time in Montana in 2013, there were two places in particular I was eager to revisit, both in the state’s far southeast corner. Broadus, the seat of Powder River County, and Ekalaka, the seat of Carter County, were tiny places in 1984.  Yet both made me very more than welcome in my work for the state historic preservation plan.

My 1984 public meeting on the historic preservation plan took place at what was then the new Powder River County Courthouse, a real point of pride, obviously, for all of the residents.  Built in 1978 from designs by Harrison G. Fagg and Associates, the building is 1970s modernism at its best: low profile, earth-tone brick, at one with its setting but also with a functional modern interior where all of the work of county government could take place.  That night, the residents’ passion and interest in the past were intense.  They couldn’t wait, they said, to show me the oldest homestead house in the county, from 1916. I have recounted that story many times since:  it all depends on the context when you think of how “old” a property may be.  In the Powder River County context, it made sense: the county itself wasn’t formed until 1919.

Another property I visited in 1984 following the public meeting was the Cross Ranch, and took the photo above of its overall setting.  At that time the county had no properties listed in the National Register:  the Cross Ranch Headquarters, with its distinctive hipped roof, would be the first, in 1996. 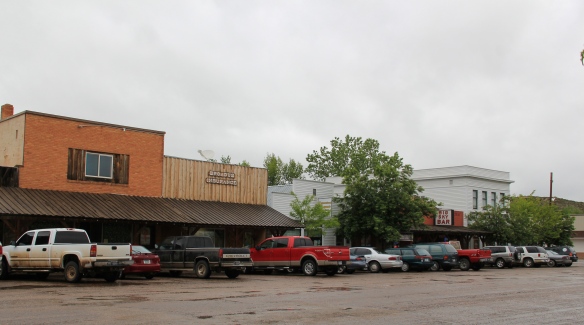 Broadus itself has several properties that are also National Register worthy.  Although the population decline has been steep, from 712 in 1980 to merely 468 in 2010, I found its distinctive town square plan intact.  Town squares are common in the south and midwest but not so much in Montana since so many county seats are either mining towns, that grew quickly and haphazardly, or railroad towns with their familiar symmetrical plan or T-plan design.  My favorite landmark is the historic Montana Bar and Cafe, which is now the Montana Casino and Bar–the wild game collection is still there but like most historic bars across the state the pings of gambling machines now dominate the interiors as bar owners do what they can for income as rural populations continue to decrease.

For a place under 500 people, in a county of just over 1100 residents, Broadus provides a range of outlets for recreation and entertainment besides the public school, from the county museum for visitors, the local library, a bowling alley, and a small movie theater. 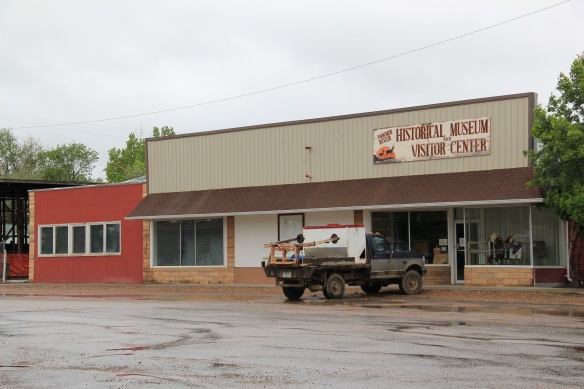 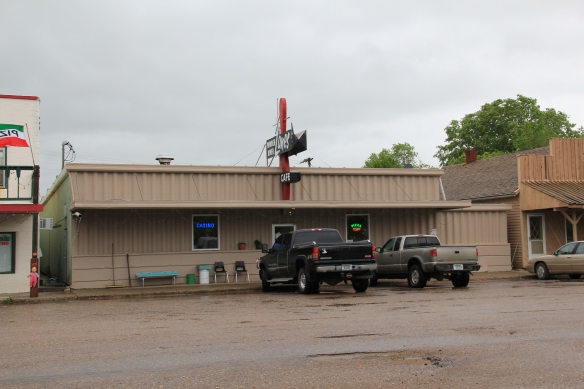 The most important, and historic, community institution–again in addition to the public schools–is Cottonwood Park, where the annual Powder River County Rodeo takes place. 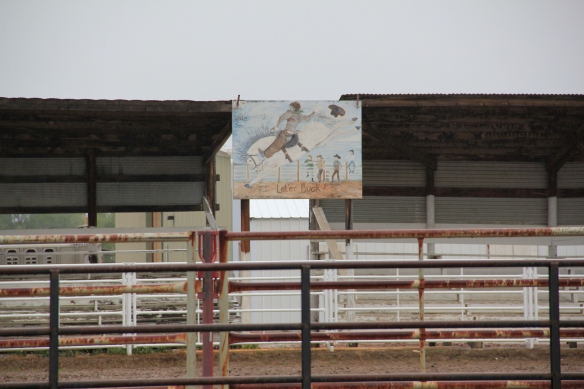 The Let ‘Er Buck Rodeo is one of the region’s best, and makes the town come alive every summer.  Fairgrounds are so important in the rural west:  community gatherings matter to those who are scattered across this vast landscape. 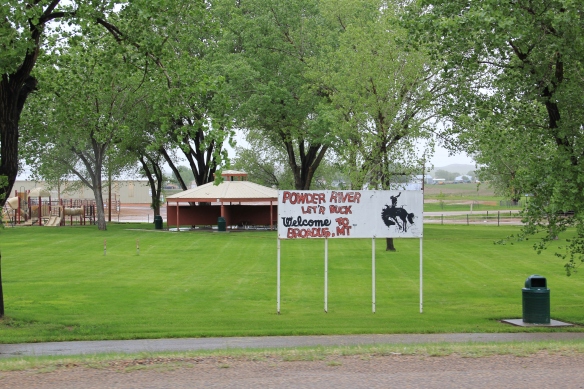 North of Broadus on Montana Highway 59 is another landmark of community, but one quite rare to find in today’s west.  The Coalwood Ladies Aid Society was established in 1915; it still meets in the historic Coalwood School, c. 1945.  Women’s organizations like the Coalwood Ladies Aid served not only as a support group but also community builders for rural places across the region.

Broadus was, and is, a place where the past matters and residents still embrace their way of life and special place in the Montana landscape.