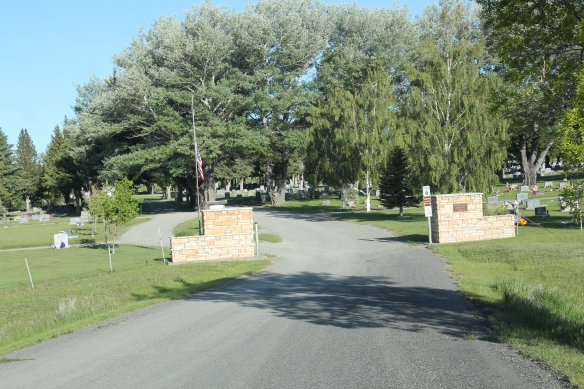 On the northwestern outskirts of Livingston is Mountain View Cemetery, another of the historic properties that certainly existed when I carried out the 1984-1985 fieldwork for the Montana state historic preservation plan, but since it was a cemetery, we as a field gave it, or any cemetery for that matter, little consideration thirty years ago.

As soon as you get past the 1966 entrance gates, you find a cemetery that is certainly historic–established as the town was beginning in the 1880s and still used by community over 125 years later.  Mountain View is also aesthetically interesting in its overall plan, with its intricate pattern of curvilinear drives and well-ordered arrangement of graves, then several of the grave markers themselves are impressive Victorian statements, of grief, of family, and of pride of accomplishment. 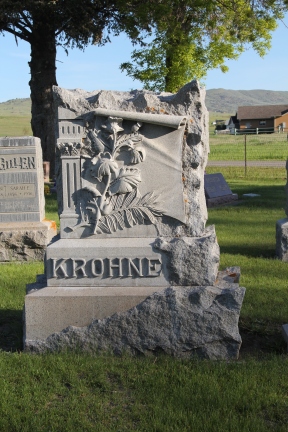 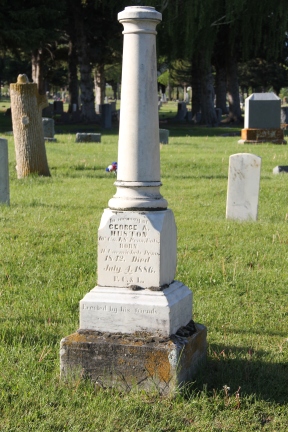 The section set aside for Union veterans of the Civil War was the most interesting historic feature to me.  As explored in other posts over the last three years, Montana has many reminders of the Civil War era within its built environment. Clearly in the early decades of the cemetery, this section with its separate flag pole and government-issued grave markers was very similar to what a national cemetery might be.  The generation that established the cemetery also wished to remember and signal out for praise the veterans of the great war that had just consumed the nation.

Within this section of Mountain View are also grave markers that are not government issued slabs of marble but that are more expressed of the sense of loss felt by the family. Below is the granite pulpit, with a bible resting on top, for Frank Baker, who died in 1896 but, as the marker notes, was a veteran of Company I of the 49th New York Infantry.

The David K. Buchanan marker, of the stone masonry type associated with the Woodmen of the World in other Yellowstone Valley cemeteries, dates to 1907, and records the calvary career of this Union veteran from Pennsylvania in the “civel war.” (original spelling)

Mountain View has several impressive examples of these Woodmen of the World grave markers that have a floral tree motif, with limbs sawn off to suggest how the body of society was lessened by the individual’s death.

Of particular interest is the marker for the Rickard family where the two trees, one for each spouse and one child , are linked together, symbolizing a family tightly intertwined in death as they were in life. 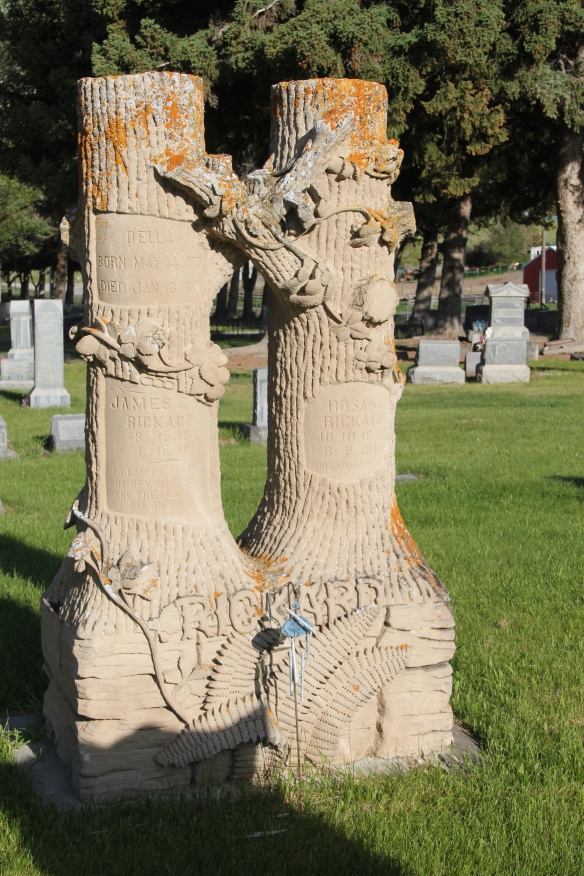 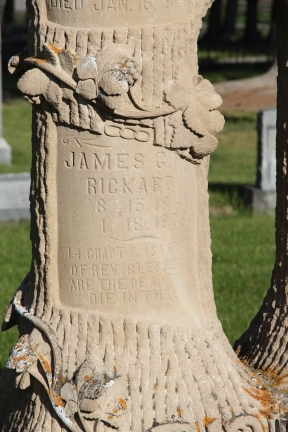 The George Gannon grave marker is a variation on the Woodmen trees, where a logs carved in stone serve as a base for an open book that tells his story.  Victorian era cemeteries are often very expressive, and the Mountain View Cemetery in Livingston has many other 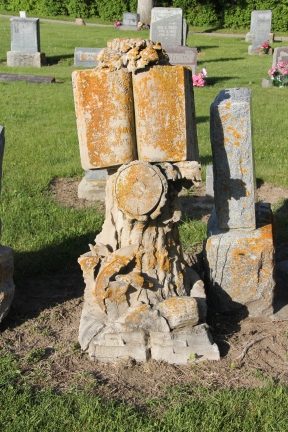 interesting grave markers scattered throughout its grounds. The cemetery, with its beautiful setting, well-kept grounds, and expressive memorials, give night to the historic people of Livingston in a way that streetscapes and historic houses rarely capture. 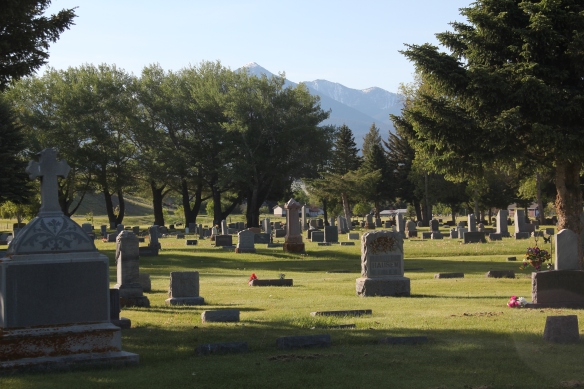