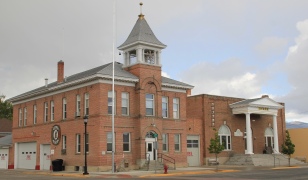 These two photographs of the turn of the century historic Hamilton City Hall and mid-20th century Masonic Hall date to 2014 (left) and 1984 (right).  They suggest that the town of Hamilton, seat of Ravalli County, has not changed much in those 30 years–and that would be misleading.

Downtown commercial landmarks such as Ford’s Department Store (a jewel in its own right as a full-service local store in the age of big box retail), Bitterroot Drug Store, and the Bower Building remain open for business, and tourist-oriented businesses are few.

A downtown car dealership, set within a quite wonderful early 20th century garage, is still there as there are a myriad of cafes, bars, lodges, and other community institutions. 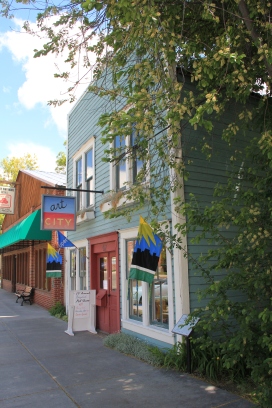 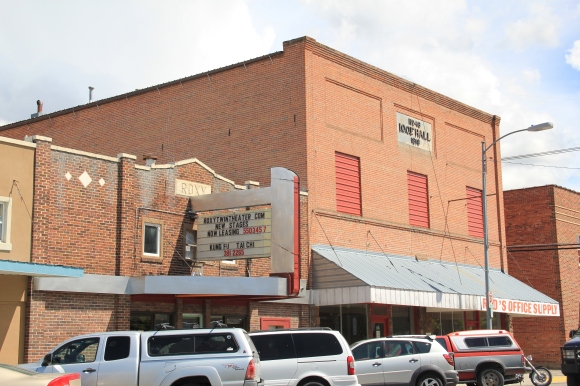 The historic county courthouse is still one of the best preserved turn of the century Montana courthouses, and still houses an excellent local collection.  I was particularly impressed in 2012 with its sesquicentennial exhibit on the Civil War, a topic largely ignored elsewhere in the state. 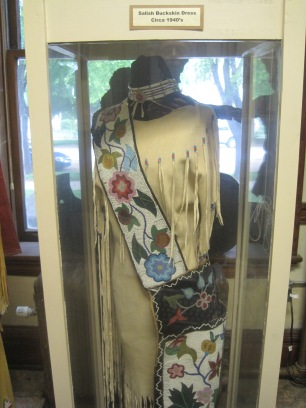 But just as clearly, change had come to Hamilton, as it had so much of the northern half of Ravalli County.  The town’s population when Hank Williams, Jr., put it on the national map with his album Montana Cafe hovered around 2700.  Thirty years later it was over 4300 and climbing.  What did I see differently?  Well for one thing, a consistent trend across the state, I appreciated the touches of 1960s modernism in the town, be it the

contemporary styling of the Ravalli County Bank or the “new” county courthouse of 1976, a building that I totally dismissed in 1984 but now that it has reached the 40 year mark the design seems so much of its time, and a very interesting local reaction by the firm of Howland and Associates to the ne0-Colonial Revival that gripped so much of the nation during the American bicentennial. 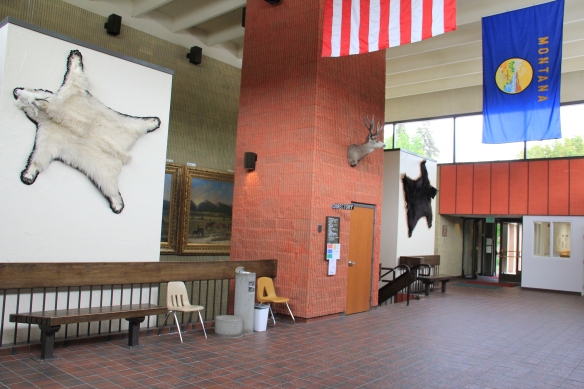 Adaptive reuse had put some buildings back into use, such as the historic Creamery, once such an important link between town and ranch in the county.  Other landmarks didn’t 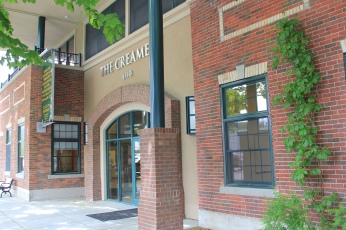 fare as well as the old stack once built for a sugar beet factory that never went into business is now surrounded by sprawl and typical chain businesses of the 21st century. One wonders how much long it will be another link between the history of the town and the surrounding countryside. 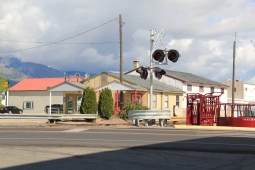 New buildings, with compatible looks and names, lined the railroad corridor through Hamilton while tight security and tall metal fences separated the Rocky Mountain Laboratories from the surrounding neighborhood and its historic place as a federal investment in the 1920s that has paid long-term benefits to the town.  The separation here from town and lab, regretfully, made sense:  since 9/11 security over what is studied in the labs must take precedence over the relative openness of the restrained Collegiate Gothic-styled campus in the past.