The quality of Bozeman’s historic residential area between downtown and Montana State University was apparent even to me in 1984-85–someone at the time much more in tune with public buildings, industrial corridors, and downtown blocks than the mix of Victorian, vernacular, and 20th century revival styles that you find in Bozeman’s historic neighborhoods.

Everyone at the state historic preservation office was excited about the 1985 listing of the Burr Fisher House, designed in distinctive Spanish Colonial style by Bozeman architect Fred Willson, and wherever you looked you saw potential for many other properties, if not entire neighborhoods. Passing decades had left to neglect, perhaps not the wisest choices in treatments or tenants, but the potential remained to be tapped.

As indicated by the above before and after photos, with the 1985 image on the left and the 2015 image on the right, the last 30 years have been a time of transformation and restoration in many of the downtown neighborhoods.  Indeed, where there were no historic residential historic districts, there are now multiple districts, crisscrossing the city and creating a real foundation for community stability, pride, identity, and growth.

What I didn’t notice as well in 1985 as I did last year was the neighborhood’s imprint of Montana modernism from the New Deal era, represented so well by the Longfellow School 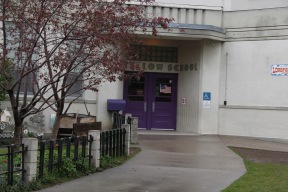 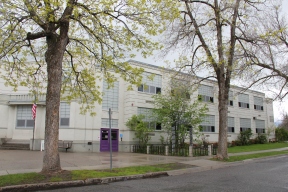 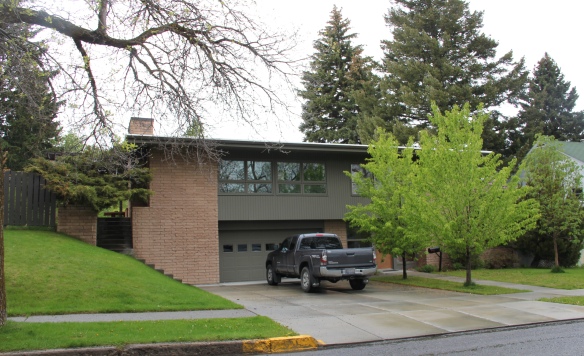 These dwellings are truly just a taste of the richness and diversity of architectural statements in the town’s historic neighborhoods from Main Street to the university.  Bozeman’s successful neighborhood districts represent one of the lasting achievements of historic preservation and property owner engagement in Montana over the last 30 years.