One of the most exciting results of my recent work on the historic landscape of Montana is how many residents contact me with developments–both good and bad but mostly good–as they use their past and historic built environments to build new futures for their families and community.  Such an update just arrived last week from Roundup, the seat of Musselshell County.

A resident reported on the towns decision to join the Main Street program and how a community partnership effort had been formed to guide the process, assuring me that the wonderful historic Roundup school would find a new future as a multi-purpose and use facility.  That update has spurred me to share more images from this distinctive Montana town that I have enjoyed visiting for over 30 years.

As I discussed in my earlier large posting on Roundup, it is both a railroad town on the historic mainline of the Milwaukee Road and a highway town, with a four-lane Main Street defining the commercial district. It is less than a hour’s drive north of Billings, Montana’s largest urban area.  But nestled at the junction of U.S. 12 and U.S. 87, Roundup is a totally different world from booming Billings.

You see the difference if how false frame stores and lodge buildings from the first years of the town’s beginnings still stand, and how the commercial district is pockmarked with more stately early 20th century brick commercial blocks, whether two stories high or a mere one-story. Yet the architectural details tell you the community had ambitions.  It

was just that hard times came in the 1920s and stayed awhile, despite the best efforts of New Deal reformers who helped to fund the county’s magnificent Art Deco-inspired Musselshell County Courthouse at the end of the depression decade,

The bankruptcy of the Milwaukee Road in the early 1980s did not help recovery, and it was soon after that I found myself in Roundup for the first time in 1984.

I found a place then, and still today, that was proud of its past and of its community.  I visited and spoke at the county museum, which was housed in the old Catholic school and included one of county’s first homestead cabins moved to the school grounds. The nearby town park and fairgrounds (covered in an earlier post) helped to highlight just how beautiful the Musselshell River valley was at Roundup. 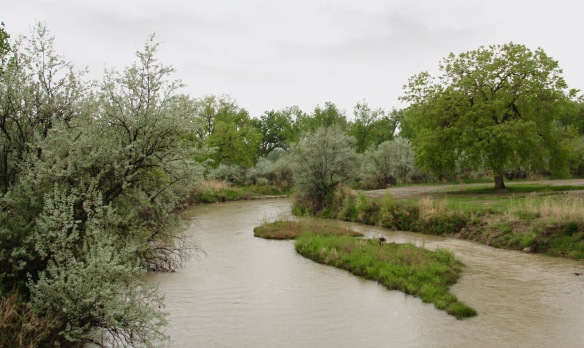 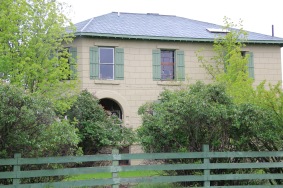 Community pride was evident in the well-kept homes of the downtown neighborhood, and I have already posted on the architecturally important modernist Catholic church. 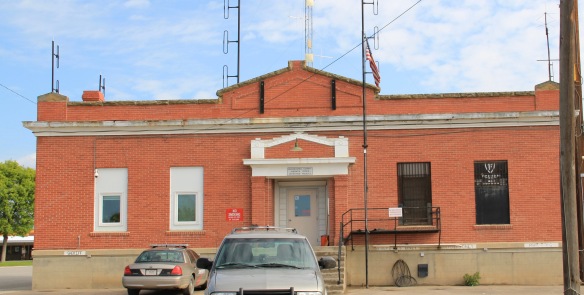 Then the public buildings–the school, the courthouse, and even the classically tinged county jail shown above–added to the town’s impressive heritage assets. Of course some buildings I ignored in the 1980s but find compelling today–like in the riverstone lined posts of the modernist Wells Fargo Bank, and the effective and efficient look of city hall. 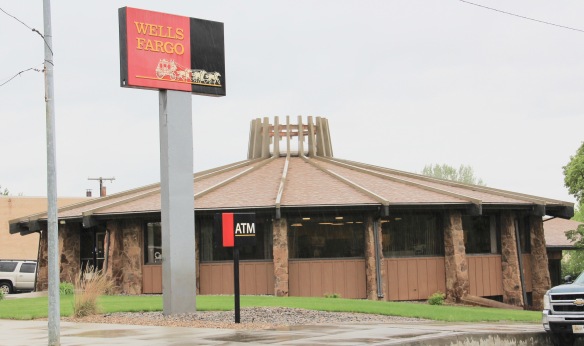 Yes when you take a close look at Roundup–the possibilities are there, as the new community partnership effort proves.  I can’t help but encourage this grassroots effort.  Good job Roundup, and I will be there soon enough to grab a float at the A&W and explore how a community moves forward with their impressive past as a foundation.

1 thought on “Roundup Montana: A town with a plan and on the move”