Martinsdale is a tiny town in Meagher County, just off U.S. Highway 12.  Many travelers have stopped by the historic Bair Family Ranch, the former private estate of stockman Charles Bair and his daughters, which is now a historic site and museum. 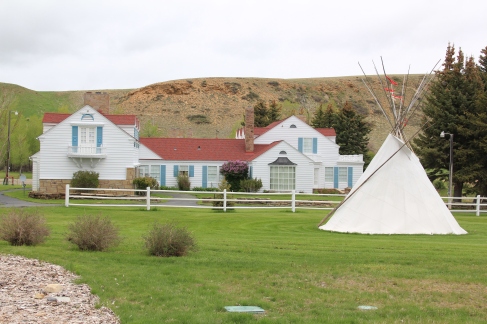 But 30 years ago, the building that most captured my attention in Martinsdale was the recently abandoned combination passenger station and freight depot of the Chicago, Milwaukee, St. Paul, and Pacific Railroad, better known as the Milwaukee Road. 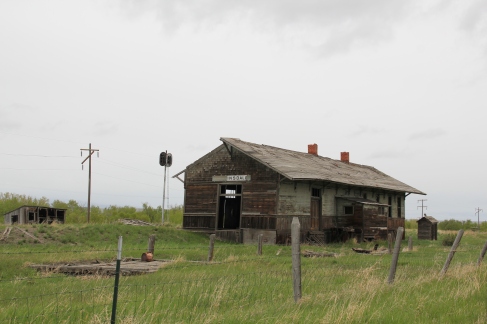 Why did such a nondescript building interest me? Built in the first decade of the 20th century, the depot represented the increasing standardization of design across what was once a vernacular landscape.  The company constructed a full set of this combination stations across the state, but by 1984 only a handful remained.  At Martinsdale not only was the building there; it was in good shape, and even had its privy–also a standardized design–standing just east of the depot.Then there was the matter of where the depot stood.

It was at the head of town–a most privileged position indeed–and that placement reflected the significance of the Milwaukee Road to the town and region.  It also reflected the Milwaukee’s decided preference for “T-town” plans, where the tracks formed the top of the T and the town’s commercial district flowed down both sides of the stem of the “T.”

The building is no longer in good shape, with part of the roof decking missing just being the most obvious issue.  Thirty years ago, the assessment of this depot was a centerpiece of my “Resource Protection Planning Process” document for the State Historic Preservation Office at the Montana Historical Society.  The depot spoke to so many of the trends of that plan–design, history, settlement patterns, community planning. Now you wonder if the building will survive another year.