A national newspaper published an online story today about the issues of public education and schools in Wolf Point, the seat of Roosevelt County, Montana.  The story included just a couple of images of the town itself and that prompted me to go back into my survey of the town in 2013.  I took 44 images–probably should have done more indeed–but out of those 44 here are some other views of Wolf Point, as it looked in 2013.

US Highway 2 and the grain elevators at Wolf Point 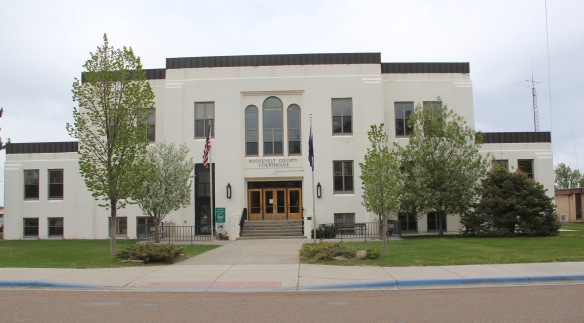 The courthouse, built during the New Deal 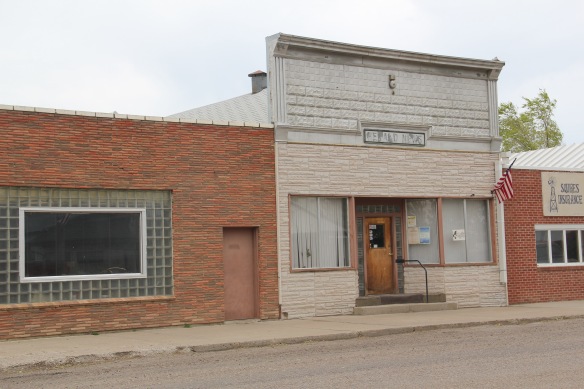 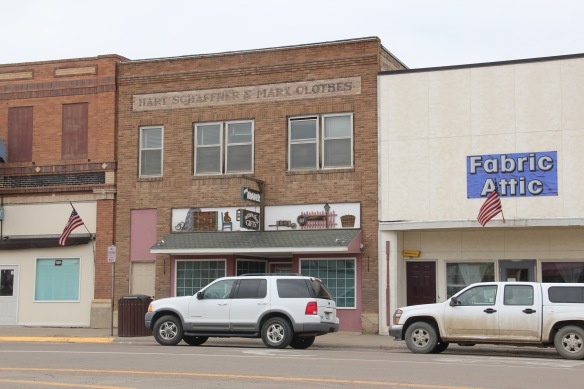 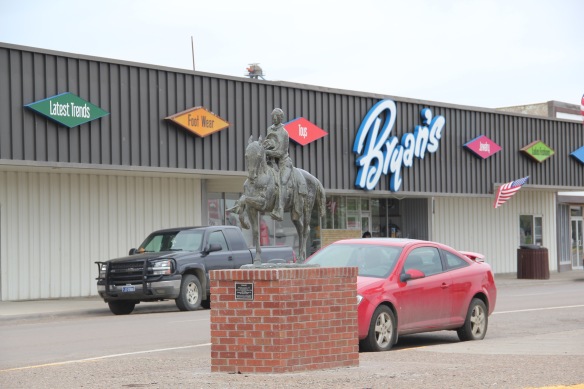 Business district scenes, with cowboy statue above. Earlier in century, Wolf Point pursued having a cowboy hall of fame built in the town.

Bars and cafes facing the railroad tracks on US Highway 2

Mural on the side of a bar in Wolf Point